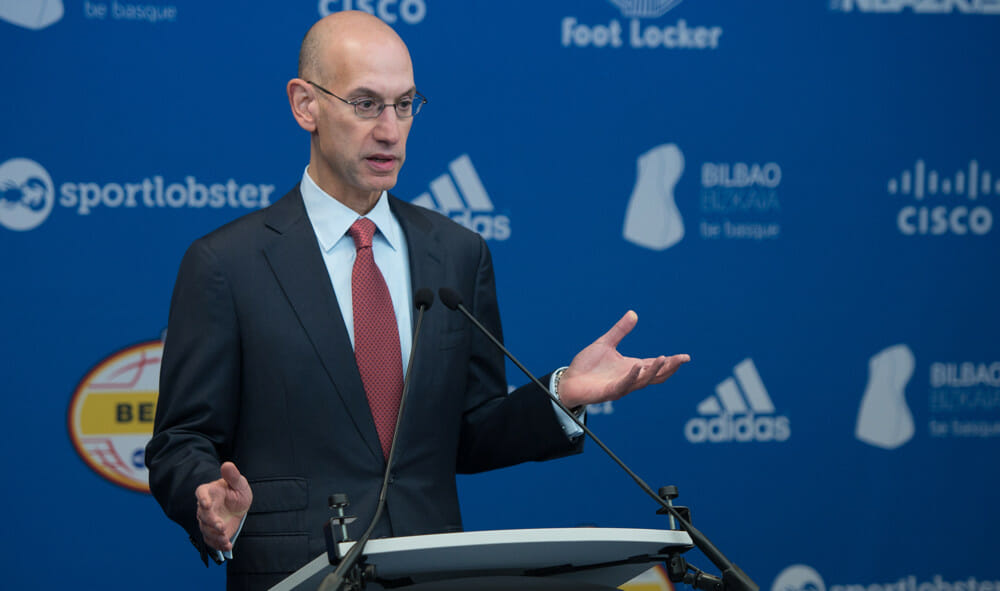 Price of Freedom? NBA Learns To Its Cost

Price of Freedom? NBA Learns To Its Cost

A couple of weeks ago, the GM of the Houston Rockets, Daryl Morey, thought it would be a good idea to voice his support for protestors in Hong Kong who are demonstrating over democracy.  In theory, the idea was probably solid; however, in reality, it was a costly move.  China didn’t take too kindly to his public support, especially since it happened just as the country was preparing to host several NBA games, and the fallout has been wide-reaching.

While league commissioner Adam Silver has publicly backed Morey’s right to speak up, he’s more than likely, behind closed doors and under baited breath, wishing the executive had remained silent.  Given that the NBA lost a “substantial” amount of money as a result of the tweet, it’s a safe bet that he would have preferred silence over voice.

Speaking at the Time 100 Summit this week, Silver expressed the reality of the tweet, stating, “The losses have already been substantial.  Our games are not back on the air in China as we speak, and we’ll see what happens next.  I don’t know where we go from here. The financial consequences have been and may continue to be fairly dramatic.”

Morey didn’t do anything wrong, unless you live in an oppressive country that doesn’t like for people to speak their minds.  He retweeted a post that contained an image with the caption, “Fight For Freedom.  Stand With Hong Kong” before deleting it soon after it became a diplomatic scandal from China’s point of view.

The NBA has been criticized for its response to the tweet, not willing to take sides either with China or Morey.  However, it gave the appearance that it was more supportive of China’s stance and Silver later stated, “Maybe I was trying too hard to be a diplomat.  I didn’t see it as my role as the commissioner of the NBA to weigh in on the substance of the protest.”

China’s main broadcaster, CCTV, pulled coverage of the games to be held in the coverage and backed out of an NBA sponsorship deal.  Several other companies pulled their sponsorship, as well, and there are concerns that the league may lose a market worth an estimated $4 billion as a result of the single social media comment.

According to Silver, there were calls by Chinese officials to have Morey fired.  He explained during his talk, “Obviously, we made clear that we were being asked to fire him by the Chinese government, by the parties we dealt with, government and business.  We said, ‘There’s no chance that’s happening. There’s no chance we’ll even discipline him.'”

That comment may have only further damaged an already tenuous relationship.  Geng Shuang, a spokesperson for the Chinese Foreign Ministry, asserts that his government never requested that Morey be fired and added that the league knows “better than anyone else” what it needs to do to repair the relationship.

Silver has spoken up often after the incident in an effort to clear the air and try to help repair the damage.  However, his comments don’t do much to defuse the situation.

“I understand there is a point of view from some that we shouldn’t be in business at all in China, and I’d say from an intellectual standpoint, that’s fair — not getting into whether the tweet or the response to it,” Silver said. “But if people believe that we shouldn’t be engaged in commerce in China or, frankly, in other places in the world … I, at some point, look to the American government.”

That was a dig at the current trade war between the US and China, which hasn’t helped the relationship between the two countries.  At this rate, the NBA could be forced to wash its hands of any activity in China if it doesn’t tread lightly.