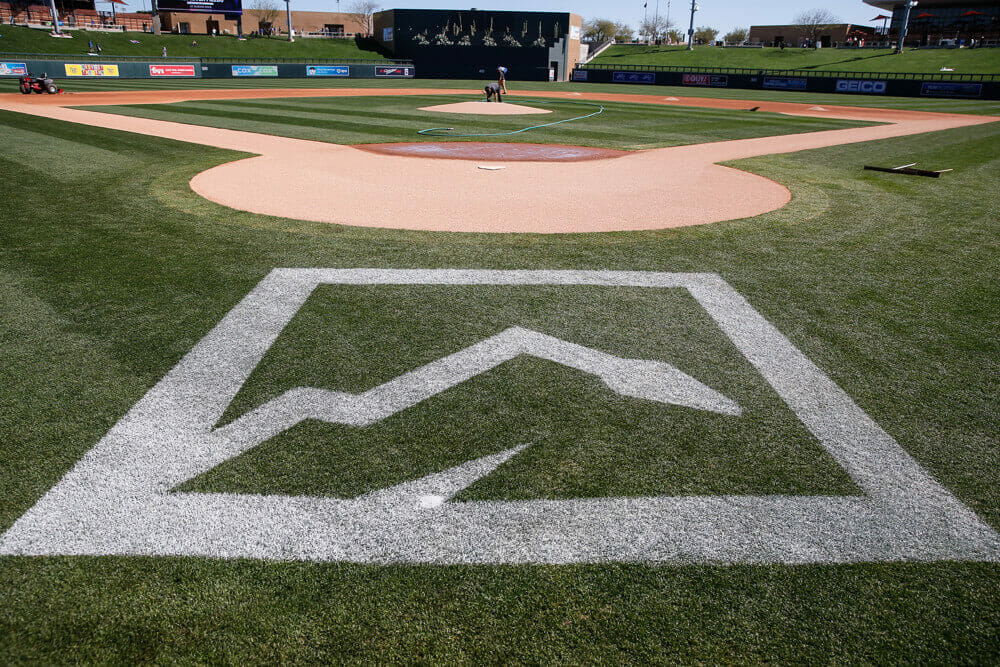 With a little bit of strategic planning, and a whole lot of luck, baseball might be ready to get going before long.  MLB was forced to suspend the season just ahead of Opening Day because of the coronavirus, and there wasn’t much hope that the games would be able to start up anytime soon. However, things seems to be changing now with the MLB considering a mid-May return to action in the right circumstances.

However, league executives and player representatives have been busy trying to come up with an alternative that would appease everyone, including health officials.  It might now have a solution in the works.

Nothing is set in stone yet, and there are still a lot of moving parts that have to be put into their proper places before anything can happen, but one possible solution to allow the games to move forward would be to start the season by having all games take place in some place like Phoenix, AZ, but in front of empty bleachers.  Phoenix would be a solid location, as it has ten spring training fields, as well as the home of the Arizona Diamondbacks, and all are within just 50 miles of each other.

The league cautions, though, that this is just an idea and that nothing is set in stone.  It said in a statement on Twitter, “MLB has been actively considering numerous contingency plans that would allow play to commence once the public health situation has improved to the point that it is safe to do so. While we have discussed the idea of staging games at one location as one potential option, we have not settled on that option or developed a detailed plan.

“While we continue to interact regularly with government and public health officials, we have not sought or received approval of any plan from federal, state and local officials, or the Players Association. The health and safety of our employees, players, fans and the public at large at paramount, and we are not ready at this time to endorse any particular format for staging games in light of the rapidly changing public health situation caused by the coronavirus.”

Should the plan be put into action, it would bring relief in a number of different ways.  First, it would be signs that the recovery is happening.  Second, it would give those sports fans who are still stuck at home on mandatory lockdowns something to focus their attention on other than daytime soap operas and reruns.  It would also allow MLB to start generating revenue, which would have a ripple effect across a number of consumer segments.

Scott Boras, one of the top baseball agents for MLB players, thinks the idea has merit, as well.  He asserts, “It allows for the immediacy of a schedule, where you might be able to begin it and televise it, provide Major League Baseball to America.  I think players are willing to do what’s necessary because I think they understand the importance of baseball for their own livelihoods and for the interest of our country and providing a necessary product that gives all the people that are isolated enjoyment.”

As positive as it all sounds, putting players back on any field is not going to be an easy task.  States have lockdowns in place that prevent, among other things, outdoor activity.  However, Arizona was one of the last states to implement its stay-at-home policy, and it wasn’t exactly the most severe.  Among the “essential services” for which there were exceptions, Governor Doug Ducey included golf courses and hair salons.

There’s also the issue of not running afoul of federal health officials.  While many indications show that the coronavirus will be brought under control soon, MLB doesn’t want to become known as the source of a resurgence of the virus.  If health officials aren’t willing to sign off on the idea, the league might decide to not pursue it.

Baseball players have to agree to the plan, as well.  Playing all the games in Phoenix means that they would be restricted from moving freely and could possibly spend more time away from home than normal.  The MLB Players Association is reportedly ready to query players to see what they think, according to the Associated Press, and they have to be on board should the plan receive enough support.

Hopefully, all the pieces will fall into place as needed.  It won’t mean things are entirely back to normal, but it will be a good start and will help provide inspiration to the entire country as America’s Favorite Pastime finally gets swinging.