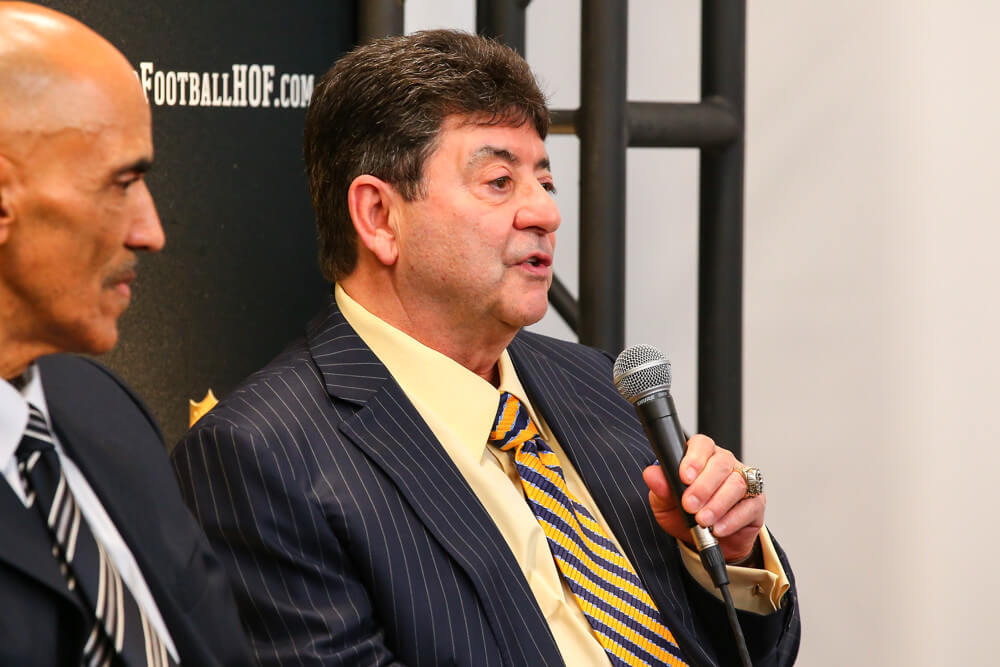 Pardon Me? DeBartolo Gets Presidential Reprieve

Pardon Me? DeBartolo Gets Presidential Reprieve

President Trump seems to relish the idea of waving his magic executive order wand in seemingly whimsical situations. He has issued 19 pardons since being handed the keys to the White House and has now used it to dismiss a standing felony record held by the former owner of the San Francisco 49ers, Eddie DeBartolo, Jr., who had been convicted decades ago of offering a bribe to then-Louisiana Governor Edwin Edwards in order to secure a casino license.  Undoubtedly, many more convicted felons are now going to line up, hoping to be the recipient of Trump’s magical powers.

Who Is Eddie DeBartolo?

DeBartolo hails from Ohio and, along with his family, made a fortune in real estate development.  He used part of the money to buy the Niners, subsequently overseeing the team for 14 years as it would take five Super Bowl championships.  However, his control came to an end in 2000 when he pleaded guilty to offering Edwards $400,000 in 1998 in return for the casino license.  DeBartolo then turned the team over to his sister in order to keep it out of the negative spotlight that was shining on him.

The felony bribe charge didn’t result in any prison time, even though others have been incarcerated for much less severe offenses.  However, DeBartolo was forced to pay a fine of $1 million and was sentenced to probation for two years.  The lenient sentence came in return for his agreement to testify against Edwards, who ended up spending eight years of a ten-year sentence in a federal prison for racketeering.

Throughout DeBartolo’s dynasty, and subsequently as the team moved to his sister and then nephew Jed York, who still controls the team, the Niners have maintained a strong relationship with Ohio and DeBartolo’s hometown of Youngstown.  Philip Bump of the Washington Post explains, “Youngstown is … a 49ers town.  It is a 49ers town because of the DeBartolos. And, days after heading to Daytona to woo NASCAR fans, Trump on Tuesday tied himself more closely to that family.”

The White House made a big deal out of the pardon, holding a press event today that included several NFL players, including Jerry Rice, Charles Haley, Ronnie Lott and Jim Brown.  All are Hall of Famers and all, except Brown, used to be with the Niners.  DeBartolo himself was sent to the NFL Hall of Fame in 2016, the same year that another San Fran player, linebacker and defensive end Kevin Greene, was inducted.

Rice, the owner of three Super Bowl rings under DeBartolo, was ecstatic about the pardon, saying during the press briefing, “Today is a great day for him.  I’m glad to be here and be a part of that. And you know, it’s just something I’ll never forget. You know, this man, he has done so much in the community, he has done so much in NFL football.  I take my hat off to Donald Trump for what he did.”

It certainly seems a little odd that Trump would take time out of his hectic schedule to pardon someone who was convicted in a slam-dunk case (he also just commuted the 14-year sentence of former Illinois Governor Rod Blagojevich, who had been convicted of corruption).  Bribing an elected official always draws a lot of negativity to the system, and why Trump would suddenly be interested in this particular case is puzzling.

Puzzling, until the larger picture is concerned.  DeBartolo, and the entire DeBartolo family, is part of Ohio’s persona.  Despite the egregious misstep, the state recognizes the name and there is still a lot of positive interaction between DeBartolo and well-placed influencers.  Perhaps this is where the connection lies.  As Bump explains, “There are other reasons for Trump to have been sympathetic to DeBartolo, including that the Youngstown native supported of Trump’s presidency.  But someone, somewhere, no doubt kept Trump apprised of DeBartolo’s popularity in a region central to American presidential politics.”