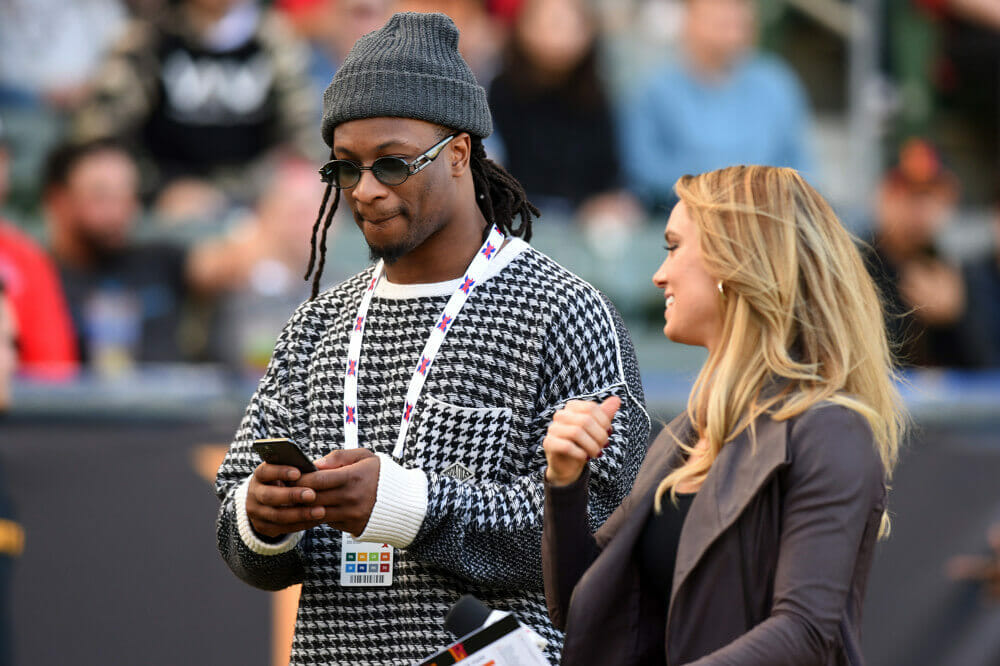 NFL free agency continues to see deals and players being thrown around, despite the restrictions on physicals due to the coronavirus.  The league wants players to undergo exams performed by doctors close to their current location, not by physicians working for the teams where the players are headed, and this is causing some consternation in many back offices across the NFL.

Given the circumstances, though, it probably makes the most sense and should, at the very least, give coaches a little bit of comfort.  There’s still a lot of work to be done, but free agency selections are moving about as quickly as could be expected.

Melvin Gordon of the LA Chargers is in limbo.  The running back is now a free agent and expected to receive top dollar from a team – any team.  That’s not happening, though and, since entering free agency, no lucrative offers are coming in.  Yesterday, the phone wasn’t ringing off the hook as he expected and, today, it’s more of the same.

While Gordon expects to pick up more than $10 million a year after a lackluster performance last year, another player is sticking to his guns and won’t consider any offer less than that amount, either.  Only, in the case of Logan Ryan, he actually produced well enough for the Tennessee Titans that he could be paid what he wants.

This tidbit doesn’t necessarily fall under the free agency heading, but it’s still worthy of inclusion.  It appears that the Cleveland Browns are willing to part with one of the few players who actually made a difference on the team last year.  Wide receiver Odell Beckham Jr. could soon be wearing a different jersey – maybe he’ll end up in Tampa Bay with Tom Brady.

If that were to happen, OBJ certainly wouldn’t mind, nor would he be the only player looking to hook up with the franchise that Brady will build.  ESPN’s Adam Schefter reports that he’s been told from several different NFL sources that a “high number of players” are trying to score a spot on the Tampa Bay Buccaneers roster so they can play with the six-time Super Bowl champ.  That gives Tampa Bay a lot of bargaining power and could ultimately lead to the creation of the title-winning team Brady wants.

Brady, who is going to turn 43 before the start of the 2020 season, is undergoing a physical today ahead of the final signing of his contract with the Bucs.  That exam, per the aforementioned league policy, is taking place in New York, not by Tampa Bay’s medical staff, and is a prerequisite for Brady to start collecting on a contract reportedly worth $30 million a year.

As the New England Patriots wave goodbye to their long-time quarterback, they know they’re going to need some help.  While the source of that help is still being decided, head coach Bill Belichick is smart enough to realize that he needs to hang onto any strong talent that is already familiar with his quirks and style.  That’s why he put a franchise tag on starting guard Joe Thuney, who became the first player in the NFL to sign the tender.  As a result, he’s looking at earning $14.78 million this season.

While Belichick wants to keep his better players at home, the LA Rams apparently don’t mind letting theirs go.  The team was trying to find someone willing to work a trade deal to take running back Todd Gurley off its hands and, with nothing emerging, he was released with a hand shake and a “it’s been nice knowing you”, he was cut.  It’s a shocking move, given the fact that Gurley has been a powerhouse in the league with three Pro Bowl appearances and two player of the year titles.

Not much chatter has been coming out of the Arizona Cardinals house lately, but that has now changed.  The team is ready to sign inside linebacker De’Vondre Campbell, who is going to be a nice addition to an already strong lineup.  He’s only coming in for one year, but the former Atlanta Falcon will pick up $8.5 million for his time.

Joe Flacco will no longer be sporting the orange and blue of the Denver Broncos.  Partly due to a poor 2019 and partly due to a failed physical designation that he was just given, the veteran quarterback is being released and will give up his spot to Drew Lock.  Jeff Driskel, who just signed with the team this week, will continue his official NFL title – backup quarterback.