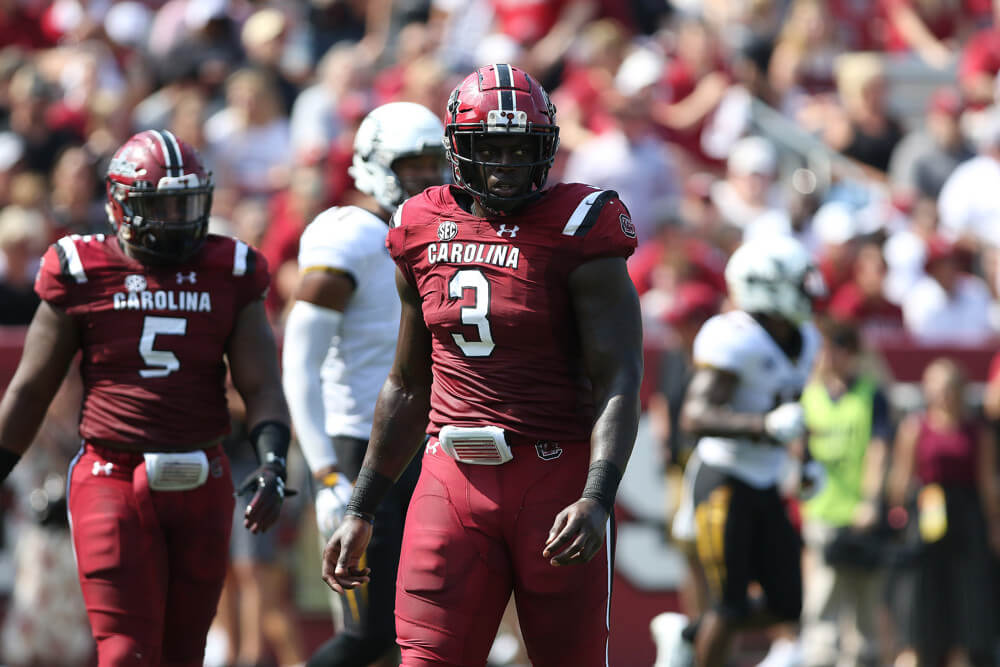 So, the NFL Draft day 1 went much better than most people probably expected.  Absent were the technical hiccups, the technically-challenged coaches and staffers and the technical fouls.  The big news is that the SEC set a record as 15 players from the conference were selected in the first round of the draft, breaking the old record of 12 that had been set in 2006 by the ACC before being matched twice in 2013 and 2017 by the SEC.

Looking at the action from Thursday night, there were some results that everyone knew would happen, but there were also some that still have some people scratching their heads.

Teams Set Themselves Up For Winning Seasons

Joe Burrow is now an NFL quarterback.  The LSU star was picked by the Cincinnati Bengals, who had the first shot in the draft.  This was a play that everyone saw coming, and the Bengals are hopeful that he can take them down the field to a Super Bowl the way he took the Tigers to the NCAA Championship.  If not, he has a hefty price tag that will come in handy for Cincinnati.

A few picks later found the Miami Dolphins saying “I choose you” to quarterback Tua Tagovailoa.  The University of Alabama standout has been on the same level as Burrow, and the Dolphins could really use the help.  They’re looking to rebuild the organization after an embarrassing performance, and having Tagovailoa’s strength is expected to incite a great deal of energy that is felt throughout the club.

While most of those involved were hunkered down in their basements or home offices, Dallas Cowboys owner Jerry Jones has to be given credit for participating in the draft from his massive yacht.  Known for always wanting to be involved in every decision the team makes, he may have had a hand in the team choosing wide receiver CeeDee Lamb out of Oklahoma.  Adding him to an offensive lineup that includes Ezekiel Elliott, Dak Prescott and Amari Cooper might be enough for the Cowboys to turn around the slide they saw last season.

How Do The NFL Draft Day 1 Shuffle

One of the most productive trades of NFL Draft Day 1 might be assigned to the San Francisco 49ers.  In round one, they picked up the number-two defensive lineman, Javon Kinlaw, but that wasn’t what made the move interesting.  The 49ers grabbed him only after having traded back a spot and getting a fourth-round pick, then used that pick in a trade with the Minnesota Vikings to move up six places in order to grab wide receiver Brandon Aiyuk.

Getting both Kinlaw and Aiyuk should give San Francisco an advantage next season, possibly allowing the team to make another Super Bowl appearance.

That shuffle was beneficial for the Vikings, as well.  They picked former LSU wide receiver Justin Jefferson as the 22nd draft choice, already gaining an edge with his addition to the team.  Then, trading their 25th spot to the Niners for the 31st, 117th and 176th spots, the Vikings added Jeff Gladney out of TCU when it came time for the 31st selection.  With two more picks remaining, Minnesota will now look at how to juice up its secondary after having lost three players – Mackensie Alexander, Trae Waynes and Xavier Rhodes – to free agency.

Perhaps The Saints Know Something No One Else Does

The New Orleans Saints may have just blown an opportunity, or, perhaps not, depending on you who ask.  Having the 24th pick in the draft, the team could have gone for any number of players who were still standing, including linebacker Patrick Queen, fresh off an incredible season at LSU.  It would have been the first time the Orleans had drafted an LSU player, despite the school being just down the road, but they went in a completely different direction.  The Saints chose Cesar Ruiz, a center who, while a strong player, may not be able to provide the level of power the team really needs.  Now, New Orleans has to wait until their next selection – at 88th – before they can look at other ways to shore up the offense.

The Saints weren’t the only team to leave people wondering what was going on.  Just after passing on Queen, the Seattle Seahawks could have picked him up with their 27th pick.  However, they went for Jordyn Brooks out of Texas Tech, instead.  Brooks is ranked high among the linebackers entering the draft, but not as high as Queen.  Just like the Saints, perhaps the Seahawks know something the rest of us don’t.