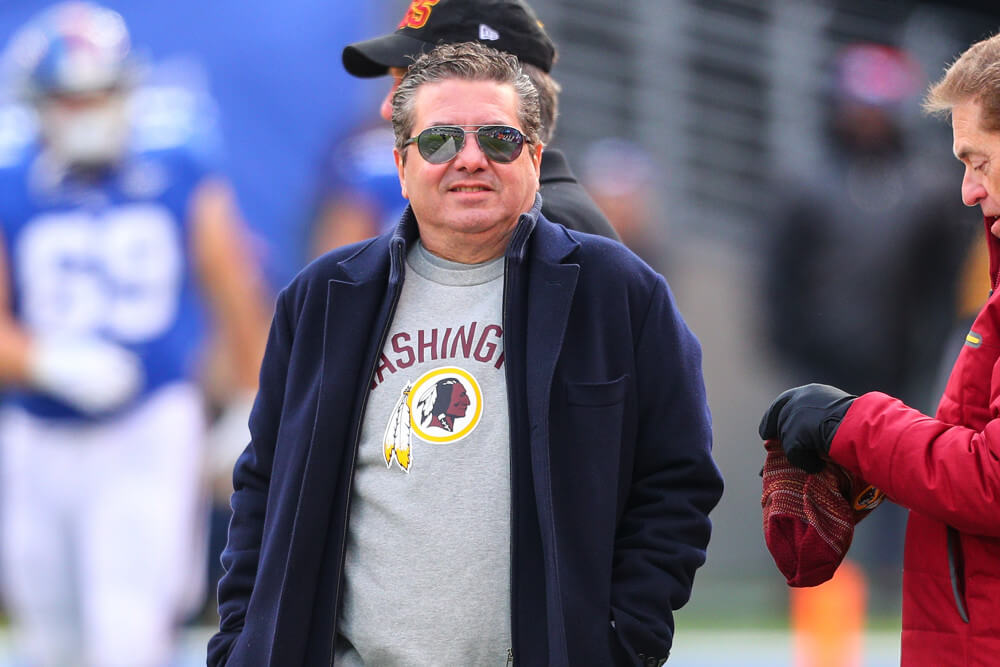 In the latest episode of “There has to be something more important going on,” the NFL’s Washington Redskins may soon be known as the team-formerly-known-as-the-Washington-Redskins.  There has always been an underlying current of desire for the team to change to a new name, in an effort to move away from the “offensive” use of the word Redskins, but the team has resisted and ignored the low hum of opposition for decades.

That hum has turned into almost a deafening roar in light of the new era of social equity in the US, and it now may be impossible for team owner Daniel Snyder to ignore the noise.

The ‘Skins have wanted to move to a new stadium, hoping to relocate from FedEx Field in Maryland to the RFK Stadium site in DC.  The idea was sound and had received a lot of support from community officials, but things have changed.  Now, government officials are telling Snyder that the only way a relocation will be approved for the Redskins is if the team changes its name.

Government officials such as House Representative Eleanor Homes Norton and DC Deputy Mayor John Falcicchio are backing a campaign to have the Skins alter their image.  Norton was quoted by The Washington Post as having said, “I call on Dan Snyder once again to face that reality, since he does still desperately want to be in the nation’s capital.  He has got a problem he can’t get around — and he particularly can’t get around it today, after the George Floyd killing.”  Falcicchio adds, “There is no viable path, locally or federally, for the Washington football team to return to Washington, D.C., without first changing the team name.”

Snyder May Not Have A Choice

Last year, a bill was introduced that sought to have RFK Stadium’s land sold to DC, leading to Snyder campaigning for a move to the venue.  However, it has now been confirmed that the bill won’t see any more traction unless he agrees to change the name, which some believe is “racist.”  The Redskins have held the same name since 1933, and Snyder believes it isn’t racist but, instead, pays proper homage to the Native Indians that used to live free across the land.

Snyder had wanted to put the team in DC, but it wasn’t his only option.  He is said to have been considering two locations in Virginia, one close to Dulles Airport and one in the southern part of the state.  If RFK Stadium is out of the question because of the bill, then Snyder won’t feel as much pressure to strip the Redskins name for a new one.

However, that doesn’t necessarily mean that the team is off the hook.  Not only is Snyder facing political pressure to make a change, he’s also facing economic pressure, which might be the real catalyst that forces a transition to a new name for the team.  Forbes reported last Friday that a large number of investment firms and shareholders – who collectively are said to be worth around $620 billion – sent letters to large companies like PepsiCo, FedEx and Nike, asking them to end any partnerships with the team.  Should they join the bandwagon and threaten to pull out, Snyder will almost definitely have to seek a new name for the team.   In his corner, though, Snyder has Fred Smith, a minority owner of the team and the man who just happens to be in charge of FedEx.

Tony Dungy Weighs In, Opts Out Of Name-Calling

Tony Dungy, the former NFL head coach and current football analyst, doesn’t understand why Snyder simply doesn’t acquiesce and make the change.  He also avoids using the term “Redskins” as much as possible, saying in an interview with The Undefeated, “It’s not hard to change the name.  When I’m on the air, I try to just refer to them as Washington. I think it’s appropriate. If the team doesn’t want to change, the least I can do is try not to use it.”

It’s now a chess game and it’s Snyder’s move.  Based on his history, though, he isn’t going to give in, nor does he have to.  He can’t be forced to change the team to a new name and he certainly has enough options to keep the Redskins alive.