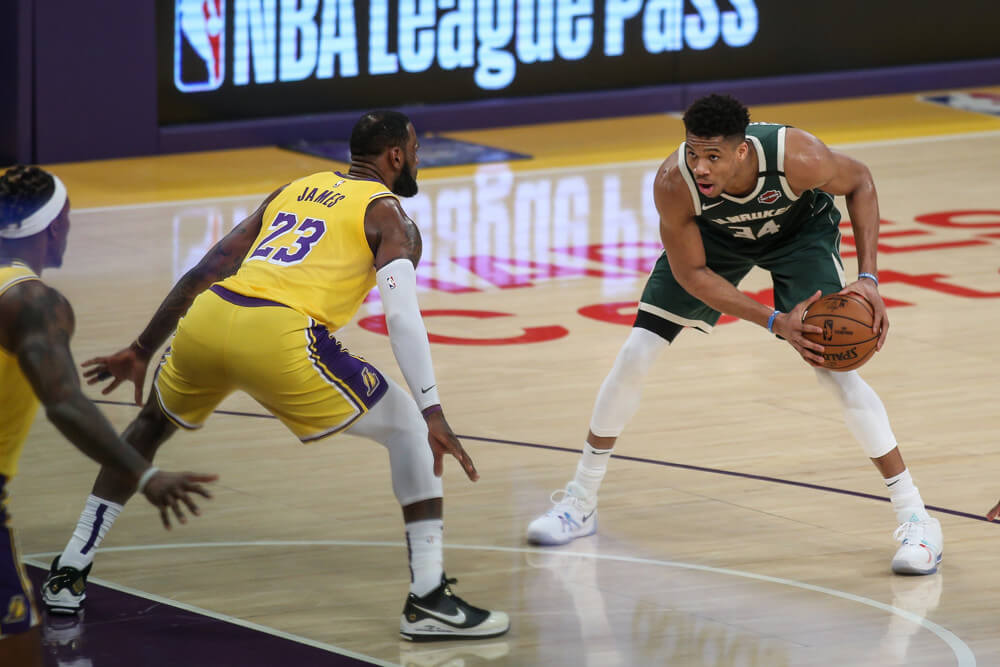 If you are a fan of the NBA, then last week’s tweets by Adrian Wojnarowski and Shams Charania should give you some hope of the League’s return.  Per both reporters, the NBA’s Board of Governors were planning to approve Adam Silver’s recommendation to return with a vote on Thursday. Charania also indicated that July 31st is the target date for the NBA to come back. While nothing is certain and things are fluid, this is the first time we’ve heard of a return date, which is progress so today we can look at some NBA title odds as well.

When it comes to the host city, all things point to “The Happiest Place on Earth”, better known as Disney World in Florida. The games themselves would be played at Disney’s ESPN Wide World of Sports.

The big question now on everyone’s mind centers on how many teams will come back to play and which format will be used to finish out the season?

Per the reports, the league is currently weighing four return-to-play scenarios and each was discussed during Friday’s call.

There’s one scenario that involves all 30 teams going to a single site for an undetermined number of regular-season games before starting the playoffs. The reason for this is if the individual teams can get to 70-games totals, there is a lot of RSN TV deal money that everyone can cash in on. But, according to multiple reports, including some people that I’ve talked to around the league, all the teams coming back are becoming more and more of a longshot. The bottom-tier teams don’t want to come back for various reasons.

Which brings us to the next scenario. Members of the Board of Governors told ESPN on Friday that there’s growing support to bring 22 teams back to finish it out. This particular setup would likely include regular-season and play-in games to compete for the playoffs in both the Eastern and Western Conferences. It is still unclear which teams would get the extra spots as of now. Just looking at the NBA standings, there are six teams that are within six games of the eighth seed in their respective conferences. Under this plan, those teams would play a few regular-season games before the play-in tournament for the final spots.

One of the biggest reasons this format is picking up steam is because of more games, but also the “Zion Effect”. The New Orleans Pelicans are one of those teams that are vying for that 8th playoff spot, and this format would allow Zion Williamson to have a chance at the playoffs. This of course would mean better ratings and more money due to his popularity. Looking at the big picture, this would be a win-win for the majority of stakeholders involved, from the owners and the TV people to the fans.

The other two possibilities being discussed are a 20-team group stage, which is similar to soccer’s World Cup, or 16 teams going straight to the playoffs.

From everything I’ve heard, it is going to come down to 20 vs. 22. 16 is looking less and less likely because of the aforementioned Zion piece of things.

While I’d love to see a World Cup kind of tournament one day or even a NCAA kind of 1-16 bracket format, I don’t think this season is the right time to do it. Let’s run it back with a 20 or 22 team format if 30 cannot happen.

One thing to keep in mind for bettors is that if they did go with the Sweet 16 bracket style, that would definitely help the Los Angeles Lakers. In that scenario, teams like the Milwaukee Bucks, Boston Celtics, Philadelphia 76ers and Los Angeles Clippers would all be on the other side of the bracket. In this format, LeBron James would have an easier path to the Finals by avoiding all those threats.

After yesterday’s news, PointsBet Sportsbook did put out NBA odds yesterday to win the title:

I’ve been a believer of the Clippers and Bucks matching up in the Finals, but teams like the Celtics or Rockets might present some value in the NBA title odds. Both have studs and can get hot in the playoffs, so for those odds, might be worth a sprinkle.

When it comes to the Lakers, it’s not that I’m hating on them, but I just think that they don’t have the depth to win it all. If the playoffs do get reduced to say five-game type series instead of seven, that might work out in favor of LAL. They can play their stars in LeBron and Anthony Davis longer, thus eliminating their lack of depth. But, are they going to be in good enough shape after this Covid-19 layoff? Just another thing to keep in mind. There are still so many variables at play right now, but again, at least this is all a start.

On last tidbit to leave you gamblers with. What happens to your season-long futures tickets? My tip to you is check with your book on everything asap. Your NBA title tickets should all still be alive, but your regular season tickets will probably be voided.

Let’s see how all this plays out, but the summer is looking like a peak season for a huge sports return.