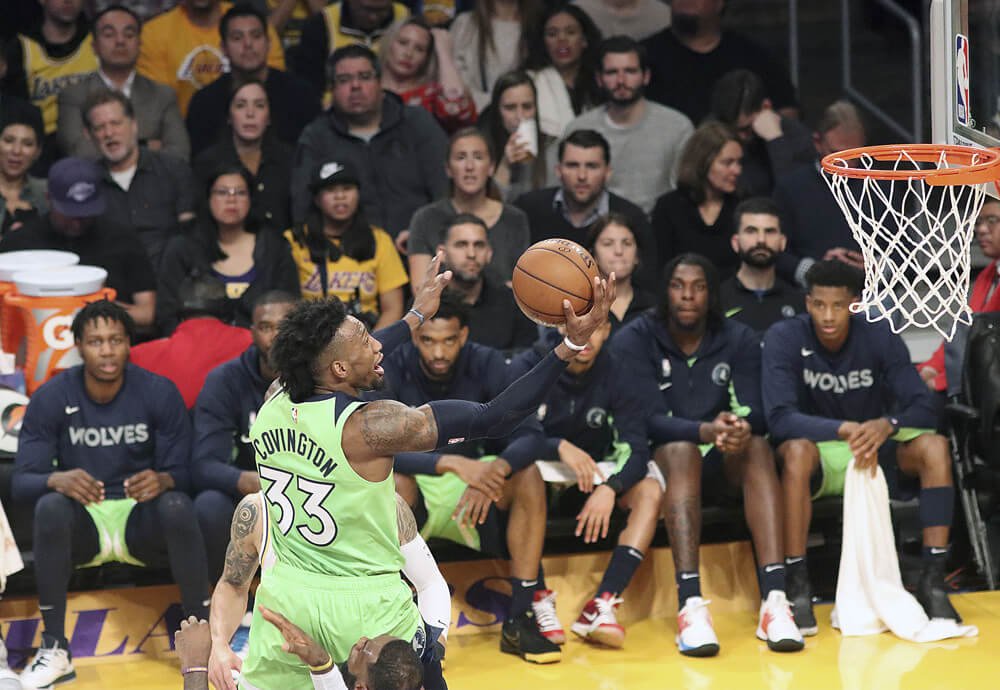 It’s not too late in the NBA season for teams to want to make some shifts in order to fill gaps in their lineups.  These same trades, in certain circumstances, could also be strategically advantageous for draft picks ahead of next year, as long as the teams make the right choices.  As the season continues to push forward, there is still a lot of movement coming including the 76ers regretting trading away Robert Covington last year.

Covington Back to 76ers?

The Philadelphia 76ers got rid of Covington, as well as Dario Saric, last season in exchange for Jimmy Butler, even though he later left to head to the Miami Heat.  Philly might be regretting trading away Covington now, though, as there is a rumor that the team might be trying to get him back.  There’s nothing concrete on the table at this point, just names being tossed around like a ball in a three-man drill.  In addition to Covington, the 76ers are also said to be looking at Malik Beasley, Davis Bertrans, Andre Iguodala and others.

Alfonzo McKinnie just got picked up by the Cleveland Cavaliers, but he doesn’t need to unpack and settle into the locker room just yet.  He may have experience with the team, having played 23 games for them already this season, but his new contract is only good for ten days.  At least the Cavs can now brag of having 16 players on the roster.

Anthony Davis of the LA Lakers is going to have a difficult time as the team heads out on a two-day road trip.  It won’t be surprising to find him traveling with a little extra seat padding, given that he suffered an injury Tuesday night in a game against the New York Knicks.  According to the MRI he was subjected to after the fall, he has a bruised gluteus maximus; in other words, a damaged butt.

Davis may not be able to sit as comfortably as he would like as he starts to ponder his future with the team.  His contract is coming to an end after this season and the Lakers want him to sign a five-year deal that would be worth $205 million, but he may not go for it.  Instead, he could opt to negotiate a two-year deal with a one-year extension, which would give him the possibility of becoming a free agent again in 2022.  This move would maximize his value to any team, possibly opening him up to well more than the $41 million a year he would get under the five-year contract.

The Golden State Warriors want Giannis Antetokounmpo, and not just in a “it would be nice if” kind of way.  The team is willing to roll out the red carpet, put up a statue, give him a parade – whatever it takes – if he were to become a part of the squad.  Antetokounmpo is coming to the end of his contract extension this summer and his current team, the Milwaukee Bucks, are expected to present him with a supermax extension worth $250 million over five years.  If he turns it down, he will become an unrestricted free agent in July of next year, and the Warriors will be there to beat down any team that tries to capture him.

A rift appears to be growing between Cavs players and the coaching staff, fueled by the antics of head coach John Beilein.  Players are increasingly becoming frustrated with what they view as exaggeratedly long film sessions, but it’s turning into a chicken/egg philosophical debate.  The Cavs are having a dismal year, currently at 10-27, which could be forcing Beilein to take drastic measures to try to turn things around.  Or, perhaps the measures are behind the dismal year.  Since Cleveland has lost all six games it has played so far this year, Beilein’s tactics don’t seem to be working.

Remarks made by the coach recently certainly won’t help the situation, either.  During one of these exhausting film sessions yesterday, Beilein laid into his players in an effort to try to light a fire under their feet.  In what he has described as nothing more than a slip of the tongue, he inadvertently referred to them as “thugs” when he tried to call them “slugs.”  The players weren’t happy and Beilein has since offered them an “emotional apology” for the offense.  Dale Carnegie’s “How to Win Friends and Influence People” must not be on the NBA coaches’ required reading list.