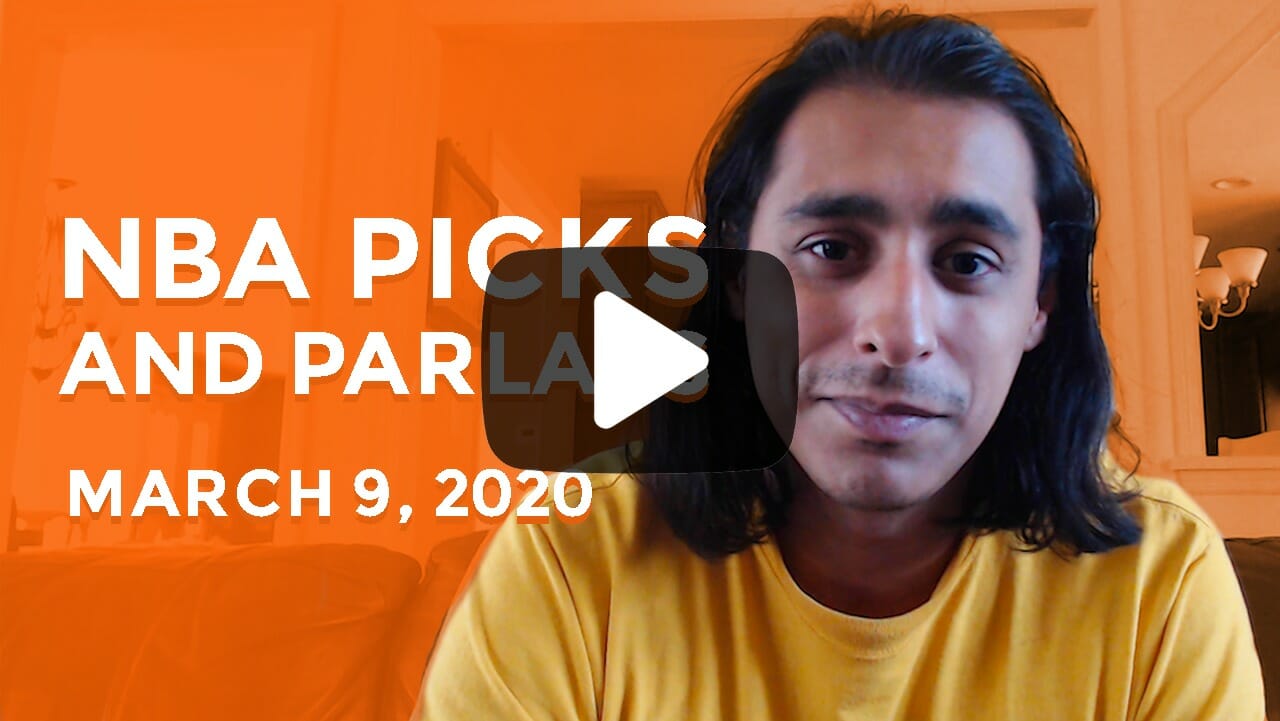 In Today’s Picks and Parlays segment, Matty “The Machine” De Saro breaks down upcoming March 09 NBA action and gives you some free tips and picks that we think you’ll enjoy. Click on the video below to watch or read the transcript below.

Welcome back to Sports Intel, my name is Matt and I’m here to bring you our best NBA picks and parlays for Monday Night’s action.

First up we head to Utah where they head into the dreaded second half of a back to back on the road versus the Jazz.  The Raptors can be found anywhere from 4 to 5 point underdogs here on the road after a tough win over the Kings last night. When I was planning today’s bets over the weekend I had Toronto as a possible ML win but after last night’s game, I’m thinking twice about their chances at an outright win.

Sure, the Raptors came away with a win, but they were six-point favorites and were tied with just 30 seconds left to play.  As a result, each of their five starters eclipsed 35 minutes with Saikam totaling 42.  That chips away at my confidence that this team can now pull out a win as a 5 point road dog.

Regardless of their rest situation, the Raptors’ defense can be counted upon to bring it every night.  They aren’t the 2nd best defense in the league for nothing.

The Jazz, meanwhile, is on a five-game win streak and have slid up the standings and are not just one game out of the third spot in the west behind Denver.  Their last game out saw them dominate Detroit and end up with a 111-105 road win, a game which saw them shoot 52% from behind the arc.

Next up we head to Denver where the Nuggets will look to hold onto their No. 3 spot in the west when they host the best team in the NBA, the Milwaukee Bucks.

If this is the best team in the league, why are they 5+ point underdogs here?

Well, Giannis the Freak has been diagnosed with a knee sprain and will miss his second straight game for the championship favorites. This leaves Milwaukee with a very tough task to not only play without their best member, but also find themselves on the second half of a back to back on the road.

For most teams, this would be an automatic bet against, but the Bucks are not most teams and possess surprising depth which will help them overcome this tough spot. They can’t be too happy about losing to the Suns last night either and will be looking to avoid their third straight loss. The Suns game was the first back to back loss they suffered which has to sting.  The defense is where this team really sufferers when their star is out, they lost 140-130 in that Suns game for reference.  Their offense really only dips a few points without him on the court, but their points allowed per possession rises from 98.7 per 100 to 106.8 without Giannis.

This is a cause for concern and makes the Bucks a fade bet tonight on the road.  Take the Nuggets -5 to win this and maintain their lead over the Jazz in the West.