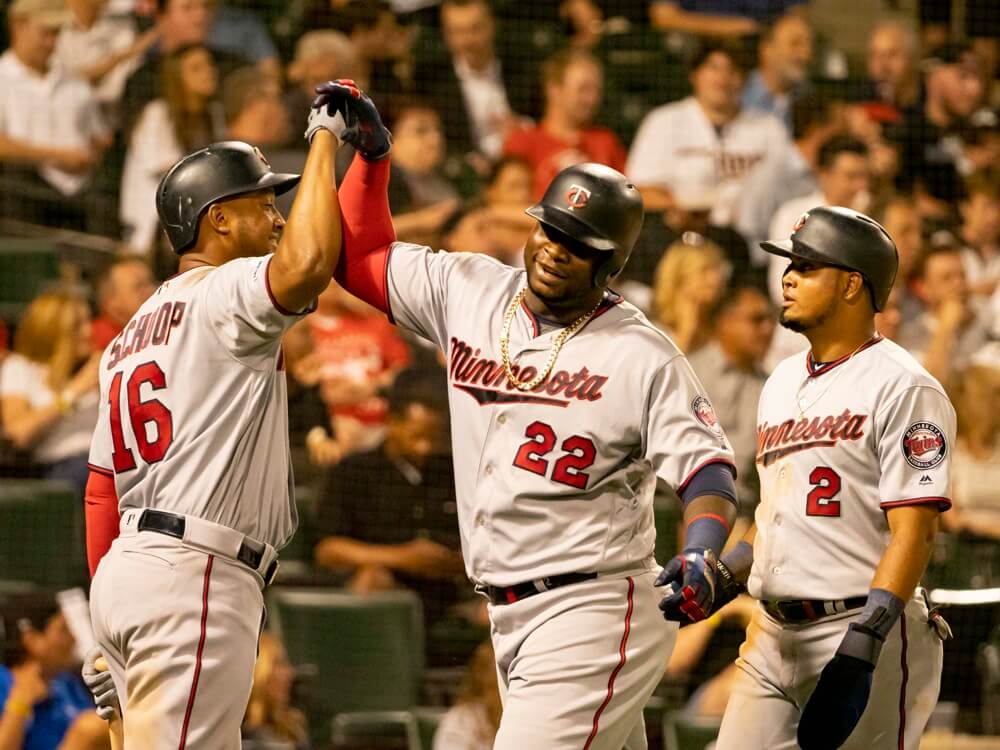 Thursday was supposed to be Opening Day across Major League Baseball. And with the games on the field, fantasy seasons worldwide would also be getting underway. But just as the games are in limbo because of the coronavirus, so too are our fantasy leagues. Because we have some extra time this season to prep for our fantasy baseball drafts, SportsIntel’s Matt DeSaro will offer his insights for leagues that have yet to draft. Today, we highlight corner infielders with boom or bust potential in 2020.

With the MLB season on hiatus due to Coronavirus, I thought what better time to get some work done on my fantasy draft planning. Today we examine infielders with boom or bust potential based on ADP numbers.

The Twins made a huge splash this offseason and landed Donaldson to add to an already potent lineup.  In fact, this lineup hit more long balls and any other in MLB history.  Donaldson will slide right in the middle which will be a huge boost to his runs & RBI numbers this season.  Barring injuries he should easily beat his runs (96) & RBIs (94) from 2019 and maybe even by a sizable margin.  If he can get his batting average closer to the .275 mark than .250 he might finish the season with 120 runs batted in with such talent around him.

In fact, I see a world where he can lead the league in both runs and RBIs with his power and ability to get on base.

Sure, Donaldson is 34 and with that comes with some injury risk.  But he has proven rather durable so far in his career and played 157 games last year for the Braves.  I view this as a nominal risk considering his current ADP and massive upside.

I am really surprised that he is being drafted so low up to this point.  In the earlies projections, his ADP was over 100, but that was before he had signed this new deal with Minnesota.  Now that we know where he is going and what kind of lineup is hitting around him, the 93rd pick seems awfully low to me.  I would be happy to snag Donaldson with a Top-75 pick and would not be shocked at all if he finished the season well within the Top-50 players in the MLB.

If you have read my work on this blog before you are aware that I put a lot of stock in consistency.  Be it, teams or players, if they exhibit the same tendencies time after time, I tend to believe at some point things just don’t change.

And this brings us to the major reason why I would suggest passing on Sano at his current ADP.

That means that at Sano’s healthiest, he still missed 46 games or 28% of the season.  I think this makes him undraftable in 10-team leagues before the 14th round, especially in H2H formats.  Remember, that was his best season!  He has also had two seasons where he failed to play 81 games.  Sano has never once seen 450 at-bats in a season and while the Twins offense is very sexy right now, facts are facts.  It doesn’t matter how much talent you have hitting around you if you rarely make it to the plate.  Speaking on the Twins lineup, another issue might be just where Sano will hit.  With such a murderers row of bats, Sano could easily find himself batting 6th or 7th, which will not help his fantasy value.

Much like most of the avoidable players, I will be writing about in this blog, I think Sano is a good baseball player.  He has monster power and potential, which is what tempts most owners to draft him in the first place.  And he might be worth a flyer in rotisserie leagues if you have a strong backup to put in work when Sano cannot.  But for the most part, his fragility and 35% career strikeout rate make him too volatile to trust with a Top-125 pick. He is a one-trick pony in fantasy who has never hit more than .269 in a season and ended 2018 under the Mendoza Line.

Owners should have little trouble finding an alternative later in the draft who can hit .250 with 25 home runs and make more plate appearances than Sano.

Matt Olson might not be a household name outside of Oakland, but if he can build on his 2019 season, best believe he will be.

Some quick history for those still not up to date on Olson’s career.

As a 23-year old, Olson was a revelation for the Athletics and smacked 24 long balls in just 189 at-bats.  The Athletics went 21-15 with him in the lineup after he was called up on August 8th from the Nashville Sounds.  He did sustain a hamstring injury in late September, was shut down and eventually required surgery. Many had a close eye on his recovery as he entered the 2019 season and his draft stock took an obvious hit.  But those who took a chance on Olson were hugely rewarded as the kid made a quick recovery from surgery and hit .267 with 36 home runs and 91 RBIs in 547 at-bats.  He is now age 26 and another year removed from the surgery that cost him time in 2018.

Depending on how the early rounds go in your draft, specifically at the 1B spot, I could see a future where drafting Olson in the fifth round could be considered a steal by season’s end.

I can’t count myself as one of the faithful few who reached up and took a chance on Devers last year to break out as he did.  Maybe it was his strikeout rate, maybe his contact numbers, or maybe just my hateful feelings against the Red Sox.  But Devers punished me for my prejudice showed a totally legit jump in almost every relevant category.  He cut his strikeout rate by almost 10% and upped his contact rate by 3.5% at the same time.  He ended the season with 129 runs, 32 HRs, 115 RBIs and a batting average of .311 in 702 at-bats.  He set franchise records for most HRs by a BOS 3B (32) most doubles by a BOS 3B (52), most hits by a BOS player before the age of 23 (196) and quite a few more. Damn impressive numbers that would certainly warrant a top-25 pick if they could be reproduced.  But that is where I remain skeptical about Devers.

The thing about career years is they only happen once.

The first issue that pops into my head is those 702 plate appearances. It is not a common occurrence to get over 700 at-bats in a season these days.  Only 4 other players reached that mark last year; Trea Turner, Marcus Simian, Ronald Acuna Jr. and Whit Merrifield.  I think it is reasonable to assume that he won’t see 700+ ABs in 2020.  Not only is this hard to do on any offense, but the Red Sox lineup has been depleted with the loss of Betts and with Verdugo opening the season on the IL.

So expect maybe 25 or so fewer trips to the plate and a very slight regression in batting average.  I say very slightly because his .295 XBA suggests his contact numbers are not a fluke, but I still think it’s on the high end of his abilities.  He will also be attempting fewer steals I am sure, after going just 8 for 16 last year the Sox would be better off keeping him on the bag.

Make no mistake, Devers is a superstar in the making and should have a very strong season at the plate in 2020.  But will it be as good as last year?  Will it be good enough to warrant taking him in the first or early second round?

I’m not so convinced.

The reason being is that other options are available later down the draft board which offers similar ceilings to Devers.  Instead of making him the fourth 3B off the board, consider taking a look at guys like Manny Machado (ADP 57) or Kris Bryant (ADP 48).  They each provide a similar skillset and have the talent to put up seasons on par with Devers, but two rounds later.

In summation, Devers is a beast but an overpriced one. If you play the laws of averages and regression as I do, he is a hard pass unless I can snag him in the third round.

He Did His Job: Belichick Nominated For Emmy
Goodell Makes Call: NFL To Draft As Scheduled
Get Free Picks & Exclusive Offers