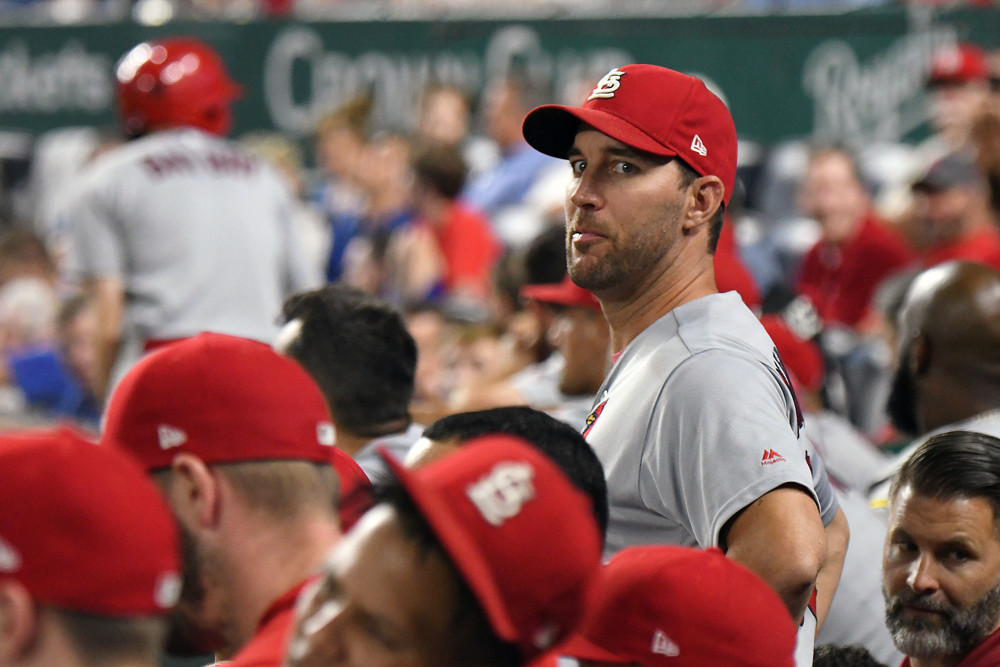 It’s the last weekend of the MLB regular season so let’s make the most of it with some free picks to close out the year.

The St. Louis Cardinals will look to lock in their quest for a division title when the Cubs come into town.  The Cards currently hold the top spot in the National League Central by a single game over the surging Milwaukee Brewers.  The Cardinals we’re unable to capitalize on a Brewers loss last night and lock down the Central.  St. Louis’ magic number is now two with two games left to play.

If the Cardinals do lock down the Division, they will play the Atlanta Braves in the NLDS while the Brewers and Nationals will participate in the National League Wild Card game next week.

The Cardinals really need to stop the bleeding if they hope to keep their top spot intact.  They have lost three straight games with the bullpen allowing 15 runs over their last pair of outings.

Frankly, I am amazed they are still in first place as it stands.  They are hoping that veteraen starter Adam Wainwright can maintain his undefeated record this month.  Wainwright (14-9, 3.98 ERA) has a ridiculous 5-0 record and 1.69 ERA in September.  In four starts this season against the Cubs, Wainwright is 1-2 with a 3.91 ERA and 16-12 in 49 lifetime appearances with a 4.01 ERA.

The Cubs won’t be putting up much of a fight with skipper Joe Maddon running a lot of bench players and young prospects out as the season winds down.  Both Anthony Rizzo and Kris Bryiand are dealing with ankle sprains and will be unlikely participants this weekend. Javier Baez had been acting as a pinch runner as he recovers from a thumb injury and the Cubs have no reason to risk further injury to him or their other stars.

It was just a couple short weeks ago that the Cubs were right in the thick of the playoff race, but injuries and poor play saw them implode in epic fashion and will finish a half dozen games off the pace come Sunday.  Even their replacement players are getting hurt with Nicholas Castellanos and Alberto Almora Jr. leaving Friday’s game, both with lower leg injuries. Maddon was quoted as stating “I’m not going to play hurt people,” while also shutting down Yu Darvish and Kyle Hendricks.

The Cubs will be giving veteran southpaw Cole Hamels (7-7, 3.92) a final start, likely to help his free agent market value after his mediocre season.  Hamels has split wins against the Cardinals 1-1 but has a spiffy 0.00 ERA in his 15 innings pitched.  In 16 career starts against the Cardinals, Hamels is 5-6 with a 2.29 ERA.  Before injuries derailed his season, he went 6-3 with a 2.98 ERA with 97 strikeouts and 35 walks in 99 ⅔ innings over 17 starts.

Since then, things have been a different story for Hamels.  He is 1-4 with a 6.39 ERA during his last nine starts after oblique and shoulder injuries robbed him of a full year.  He has given up 54 hits, eight of those long balls, and 21 free-passes in just 38 innings during his summer skid.

The Cardinals had a 7 ½ game lead on the Bewers just 20 days ago but the Brewers were not about to lay down and submit.  The have gone 18-3 since then and have crept just one game back of St Louis and adding a lot of pressure to this team.

These last two games are must win matchups, provided the Brewers also win tonight, and I don’t see the Cardinals dropping such a game to these Cubs.  The only person with anything to play for the Cubs is Hamels, but with his recent struggles I don’t think even a fresh contract will be enough to bring out a quality start from him tonight.  Take the Cardinals on the run line as they inch one game closer to the Central Division Championship.
Best Bet: St. Louis Cardinals -1.5 (+115)

Milwaukee Brewers  -140 | Gio Gonzalez (3-2, 3.70 ERA) vs Colorado Rockies +130 | Chi Chi Gonzalez (2-6, 5.68), Saturday, 8:05 p.m. ET
Can the Milwaukee Brewers continue their epic final month and cap off a run at the National League Central? They are the hottest team in baseball after going 18-3 their last 21, which matched their franchise’s history.  It will be interesting to see how hard Greg Counsell will work his bullpen tonight and tomorrow with the possibility of a tie-breaker game Monday.

With a guaranteed spot in the playoffs locked in, the Brewers are the only team in the Majors who can still unseat their current division leader.  They are just a single game back from the Cardinals, a team which has lost three in a row heading into the weekend.  The Brewers dropped a game last night which would have tied them atop the division but each team still has two games left to play.

Since August 28th, the Brewers are 22-6, and they are also 6-0 coming off a loss, which is not a spot they often find themselves in.  Each of those six wins covered the spread as have eight of their last ten wins overall.

Gio Gonzalez hope to combat the thin air of Colorado and keep runs off the board at Coors Field tonight.  He is 3-2 with a 3.70 ERA on the season and has a very pleasant 2-0 lifetime winning record at Coors with a 4.60 ERA. He is primarily a fastball, groundball pitcher, and those serves him well in the hitter-friendly Colorado night air.   Curveball pitchers struggle big time, but the curve is Gonzalez’s least used pitch type.

Chi Chi Gonzalez (no relation) takes the hill for Colorado tonight as their second least successful pitcher in terms of bettor profitability.  He has yielded a season total of -7 units and his numbers are even worse as an underdog with the Rockies going 1-7 and hemorrhaging -5.6 units in those games.  Despite that, he really has shown a lot of grit by making a comeback after posting a 11.81 ERA in August.  Since the calendar turned to September, Gonzalez is 2-0 with a 1.69 ERA in four starts.  This created a situation where Colorado wanted to take another look at evaluating him after missing two seasons due to Tommy John Surgery.

This, along with the Cardinals game, are the only two matchups that have any implication on the rest of the season’s standings.  The Cardinals and Brewers both have the advantage of a tiebreaker over the Nationals, ergo Washington would need to finish with a better record overall to retain home field advantage in the Wild Card game. The Rockies have struggled most of the year and especially hard in the second half of the season.  They have dropped four of five and 11 of their last 13.  They have nothing to play for and wouldn’t have to talent to do so if they wanted.  The Brewers need to win these final two games and I don’t see much the Rockies can do to stop them.
Best Bet: Milwaukee Brewers -1.5 (+100)