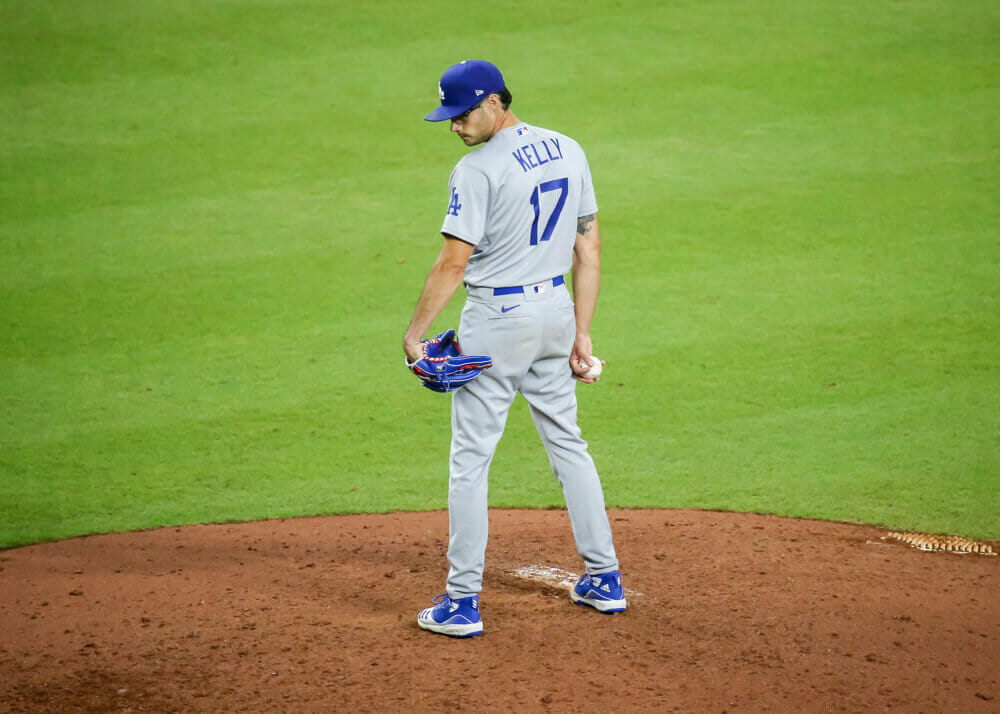 It’s been an interesting couple days in the MLB scene when Joe Kelly of the LA Dodgers was given an eight-game suspension yesterday for having shown bad behavior against the Houston Astros when the two teams met on Tuesday.  Other sanctions were applied, with Dodgers manager Dace Roberts being punished with a one-game suspension and Astros manager receiving a fine for an unspecified amount.

All these punishments were announced on Wednesday afternoon.  While dealing with that, the league also announced that it is investigating the Miami Marlins to see if the team violated health protocols, which may have contributed to the sudden outbreak of COVID-19 seen in the team.

According to sources, Kelly was responsible for throwing a fastball behind Alex Bregman’s head, and then mocked Carlos Correa on the way back to the dugout.  The relief pitcher decided that he will appeal his sanction, so this will allow him to play the series playoffs.  Roberts will adhere to the sanction right away, letting Bob Geren to replace him as interim manager.

According to the MLB current format, an eight-game suspension corresponds to more than 13% of the season and Kelly will have to accept his mistake even though he doesn’t seem to recognize it.  The evidence seems to be clear enough and that is why the MLB decided to run a suspension against him.  This is not the first time Kelly has been suspended for inappropriate conduct.  He was also sanctioned back in 2018 when he was playing for the Boston Red Sox.

Some players are stating that Kelly’s actions were intentional.  Astros pitcher Lance McCullers Jr. said, “Joe Kelly threw a ball behind Bregman’s head on 3-0 on purpose,” adding, “Not only did he take it upon himself to send a message, but he wasn’t even part of the team during that [2017] season. We knew coming into the game that he likes to go off script. It is what it is. It was done unprofessionally. What he did after he punched out Correa was unprofessional. Running into the dugout was unprofessional. So, it is what it is.  We’re here to play baseball. We just wanna win. That’s it.”

The Marlins Fouled With League Protocol

Aside from the Kelly suspension this week, MLB has launched an investigation about a possible disruptive incident that caused the coronavirus outbreak among the Marlins.  Rumors say the team violated league safety protocols, which could help explain why 16 players and staffers – and counting – have contracted the virus.  The team had to be removed from the schedule over concerns that the virus would continue to spread.

The report reveals that, from Friday to Wednesday, the Marlins represented the only positive cases within the league, and the rest of the 29 teams had no cases at all.  That is why suspicions are rising; something smells fishy here.  Therefore, MLB is investigating closely what happened with the team.  The contagion was massive, so the league is to decide if the team needs some reinforcing in terms of health and safety guidelines in order to avoid more infections and to avoid putting in jeopardy the future of the series.  It took a real effort to establish all the safety protocols, and it does not make sense to throw everything away.

An analysis is in process to determine if there were infected personnel on the Marlin’s flight last Tuesday from Miami to Atlanta.  Officials also want to know if the protocol to avoid crowded public places was violated and neglected by members of the team after having an exhibition match on Tuesday against the Braves.  But, this is something that needs to be investigated so the league can make a decision.  Jason Latimer, the Marlins VP of communications and broadcasting, said, “We are not going to comment on rumors.  Like MLB, we are gathering as much information as possible about the entire situation. It is about finding out that information before commenting on it.”

The Marlins played more games even though it was known since Friday that 2 that players were infected.  So, the responsibility is not only on the team, but on the entire league for having allowed them to play under such circumstances.