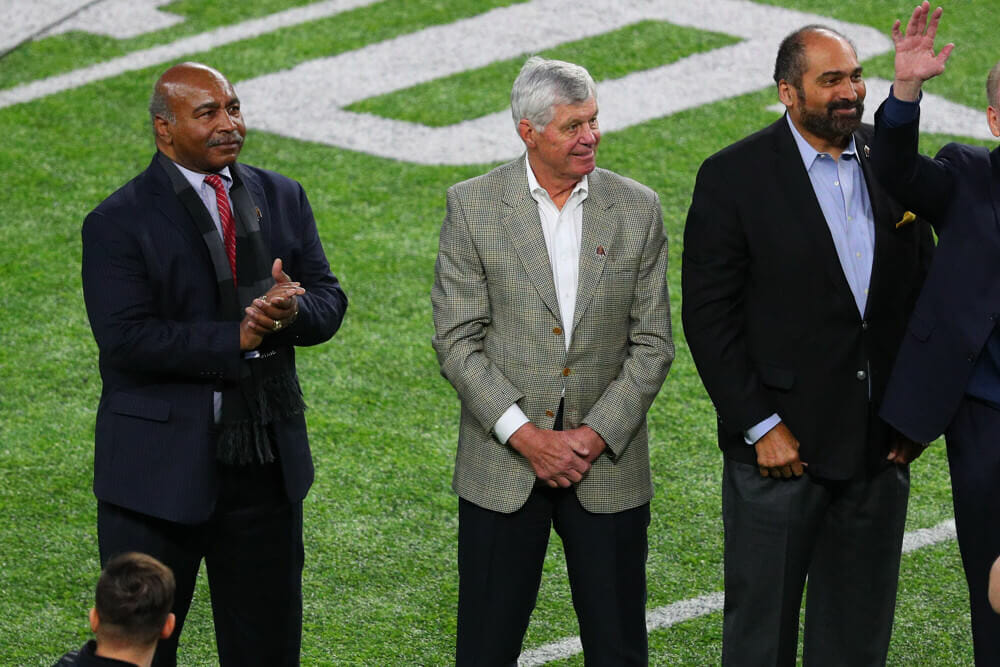 When the powers that be at the Pro Football Hall of Fame shared their list for the 2020 Centennial players last week, it was the perfect situation to finally get Bengals’ great Ken Anderson his golden jacket.  Sadly, and for reasons which completely baffle me, Anderson was yet again passed over for consideration.

In researching this article, I could not find a single glaring reason for passing over Anderson and even found articles voicing confusion about the quarterback dating back to the early 2000s.  It seems that despite Andersons cult following and career stats that he should have been a shoo-in for 2020.

Let’s take a look at his career stats and you be the judge as to his merit for a spot in the HOF.

First off, he played his entire 16-year career in Cincinnati, a feat few athletes accomplish in any sport.  While this is a very intangible stat, it just goes to show how beloved he was in his day and his level of success under center for over a decade. Over the course of his tenure in Cincy, Ken Anderson passed for 32,838 yards, 197 touchdowns, and 160 interceptions.  He took the Bengals to a Super Bowl, won a league MVP award and was a three-time All-Pro player.  Anderson also led the NFL in passer rating in four separate occasions, interception percentage, and completion percentage three times and passing yards twice.

There are currently 26 modern-era quarterbacks whose busts populate the HOF in Canton. Five of those players never won an MVP, six of them never led the NFL in passing yards and three who never saw a snap of a Super Bowl game.

Some more specific comparisons to contemporary quarterbacks even further Ken Anderson’s case for induction. Dan Fouts and Warren Moon were two of those HOF quarterbacks to never play in a Super Bowl, but neither ever led the league in passer rating while Anderson did so in 1974, 75’, 81’ and 82’.  Only two players, Steve Young and Sammy Baugh led the league more with six each.  This stat also points out just how good he was over a long period of time with his first number one season taking place almost ten years before his last. It’s worth noting that for a good chunk of his career, Anderson had to face the Steelers Iron Curtain defense twice a year, considered one of the best lines in NFL history.

His work with the NFL didn’t end in 86’ as he coached from 1993-2009 and eventually earning a Super Bowl ring with the Steelers in SB XLIII.

While Ken Anderson has been nominated for the Hall on a number of occasions, he only earned enough votes to be a finalist twice.

Anderson is arguably (barely) the best eligible quarterback who still has yet to have his name called by the HOF committee. In truth, he deserves have been inducted decades ago and his lack of inclusion year by year is really confounding. It truly is a crime against football that Anderson has been omitted for so many years now and I, for one, hope his peers shake whatever hangups they have about him and give the man his just due.