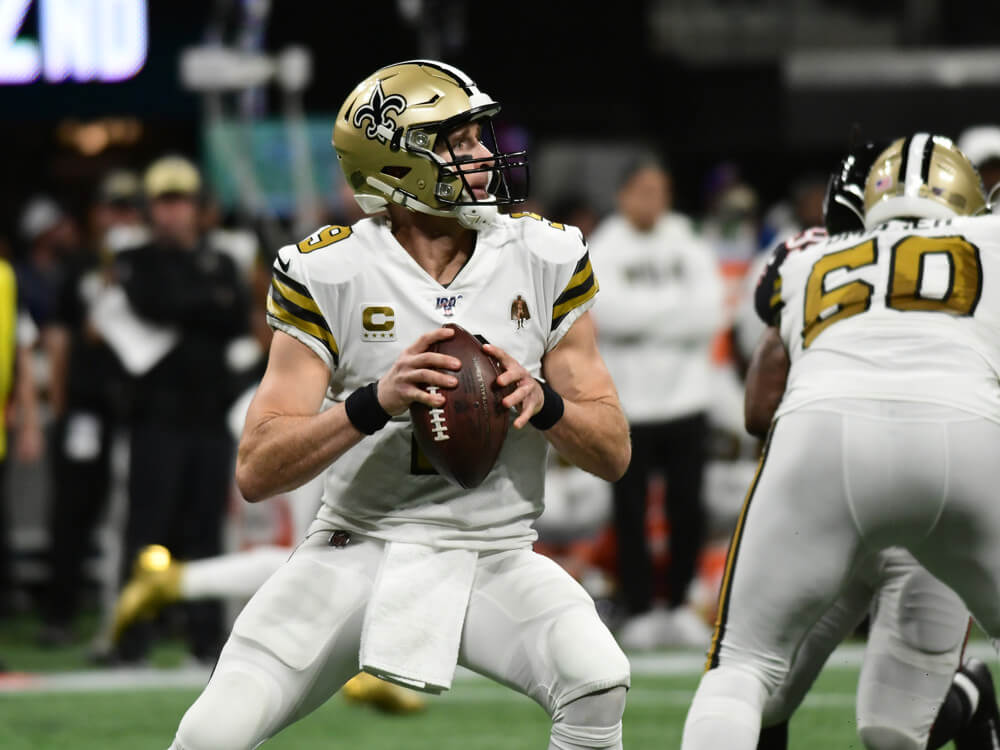 For Two Vegas Bettors, Winning $1.47M Was A Brees

For Two Vegas Bettors, Winning $1.47M Was A Brees

It’s a sports gambler’s ultimate dream.  Take a little bit of money and turn it into a major pile of cash.  Two sports fans and amateur gamblers out of Nebraska have done just that, getting 2020 off to an incredibly rich start.  Eric Jensen and Matt Kucera invested a total of $3,000 to participate in the Westgate Superbook’s SuperContest, and took home the top prize, winning a combined $1.47m between them.

The SuperContest is an annual event hosted by the popular Nevada-based sportsbook.  It’s the oldest, and now the largest, football handicapping contest in the world, and this year saw a record 3,328 entries sign up to participate, each at a cost of $1,500.  The goal is to have the best record by the end of the NFL regular season, having chosen five games each week to bet on against the spread (ATS).

Jensen and Kucera are life-long friends who played various sports in school – they assert that they both played four sports each year.  They both attended the University of Nebraska together and then continued to stay in touch after leaving the school.  Since then, they have been involved in fantasy football leagues, but it wasn’t until last year that sports gambling became part of the equation.

Nebraska still doesn’t allow legal sports wagers, but its neighbor to the east does.  When Iowa legalized sports gambling last year, Kucera started making the trek each week for both himself and Jensen.  He doesn’t indicate how much they have won off the routine trips.

Other than those expeditions, the pair only tried one other time in a major sports betting event.  That was the SuperContest of 2018, where they finished just better than .500.  The 2019 contest proved that they have fine-tuned their skills, though, and they came out better than they would have ever expected.

Jensen and Kucera created their new team for the contest and called it “It Ain’t Breezy.”  Then, every Friday of the NFL season, they would get together and determine which way they wanted to go. Week 1 of the NFL season didn’t get off to a great start and the duo only hit two of their five picks.  After that, though, everything came together.  They had strings of 4-1, 5-0, 3-2 and, by Week 15, they realized something was happening.  They were in the top ten of the list of SuperContest participants, with a major payout on the line.

They dug in for the last two weeks of action and pulled off an impressive 9-out-of-10 run.  When they saw that the New Orleans Saints were going to face the Carolina Panthers, they knew which way they had to go and only needed one thing to happen.  Quarterback Drew Brees would have to find the end zone enough times to cover the spread, and he didn’t disappoint.  The 42-10 beating the Saints gave the Panthers was music to their ears and easily covered the 13-point spread going into the game.

Only one thing stood in their way at this point.  Their closest competition was just a game and a half behind and could threaten them if the right choice was made.  However, that rival decided to go for what should have been another sure thing – a win for the New England Patriots against the Miami Dolphins.  In a surprise to virtually everyone in the league, and problem the Dolphins themselves, the Fins won 27-24, and the Nebraskan gamblers were in shock.  Says Jensen, “It’s still sinking in.  It doesn’t seem real.”

Just like that, after 17 weeks of betting NFL football and an investment of $1,500 each, Jensen and Kucera suddenly found themselves looking at a winning payday worth $1.47m, or 735,000 each, before Uncle Sam gets his cut, of course.