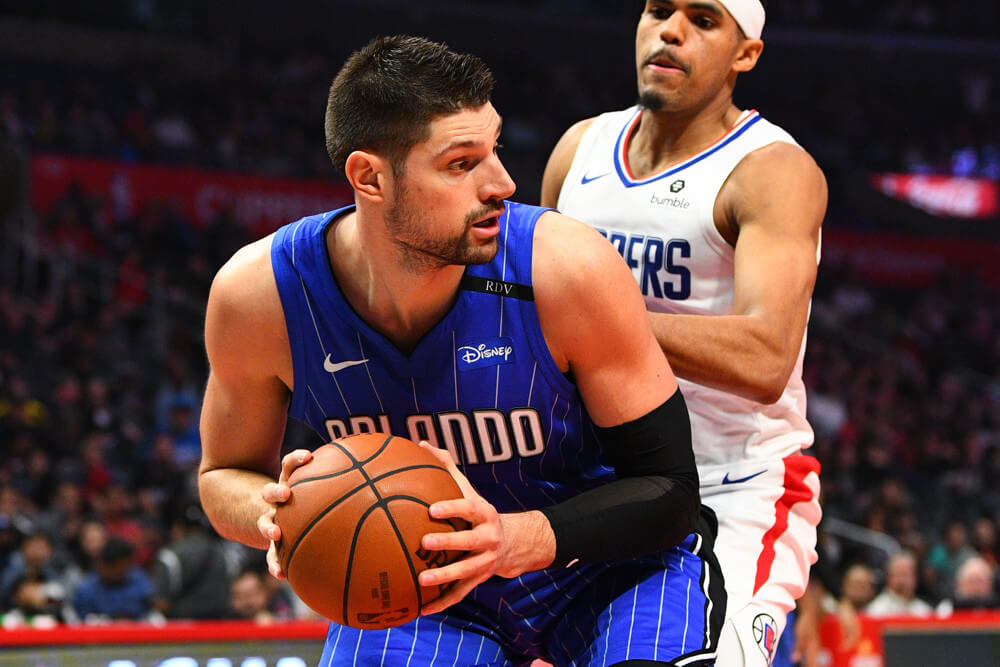 Daily Picks Nov 15: Magic To Do Trick On Spurs

Daily Picks Nov 15: Magic To Do Trick On Spurs

As chatter continues about the Orlando Magic wanting to acquire DeMar DeRozan from the San Antonio Spurs, the team will face the lackluster Spurs squad tonight in a matchup of conferences in Florida.  The Spurs are 5-6 in the Western while the Magic are 4-7 in the Eastern, but Orlando should have an advantage tonight, and this game is the first of our picks for Nov 15.

Nikola Vucevic has been on fire lately, going 11 of 18 from the floor when the team took on the Philadelphia 76ers in its most recent contest.  The Magic pulled a spell out of its bag of tricks going into the fourth quarter, rebounding from a deficit to ultimately walk away with the win at a double-digit advantage.  Neither team is having to deal with major injuries, but Orlando has a slightly better defense, which is going to show tonight as they take the win.

The 76ers take on the Oklahoma City Thunder in a game that, under other circumstances, would be a breeze for Philadelphia. However, they’ve lost four of their last six games and have had difficulty getting their offense synchronized.  Tobias Harris is not playing anywhere close to where he should be, shooting just 20.4% from beyond the paint, and this is causing frustration across the entire lineup.

The Thunder are 4-3 when playing at home this season.  They’re 4-7 overall and have Chris Paul and Shai Gilgeous-Alexander in the lineup, ready to dominate the court.  They have an advantage, in that 76ers power forward Jonah Bolden is out, currently spending some time with the Delaware Blue Coats, and Joel Embiid isn’t 100% yet.  He has had to take it easy this week due to knee trouble, and this could be a factor in how well he plays tonight.  This promises to be a tight game and the contest could go either way.  However, the 76ers will rise up and secure the victory in the first of our picks for Nov 15, even if they can only just barely survive.

The Indiana Pacers are in Houston to take on the Rockets tonight and both NBA teams are on fire.  The Pacers have won their last four games, compared to five straight wins for the Rockets, and nothing less than a fast-paced, action-packed game should be expected as these two take to the court.

The Pacers have to go without Victor Oladipo and Myles Turner, but this hasn’t proven to be a problem so far.  Domantas Sabonis and Malcolm Brogdon have stepped in and are more than worthy replacements, and T.J Warren is never a concern.  Of course, going up against James Harden is always problematic and will be again tonight for the Pacers.  However, overall, Indiana seems to be more organized than the Rockets and, after a lot of back-and-forth, should be able to claim the win.

The Utah Jazz have turned up the heat this season, especially at home.  They’ve won all of their home games, but have lost three on the road.  This could be an issue as they take on the Tennessee Grizzlies in another away game.

This is going to be another tight contest, despite the appearance of a weaker team in the Grizzlies.  They’re 4-7 on the season so far, but have also shown a lot of talent in Jonas Valunciunas and JA Morant.  After the Grizzlies were able to secure the win against the Carolina Hurricanes Wednesday, and they’re going to stay pumped tonight.  The Jazz may be a stronger team overall, but, due in part to their performance on the road, could run into trouble.  The Jazz might end up singing the blues tonight.

That’s it for our daily picks for Nov 15, good luck everyone, think it will be a winning night.