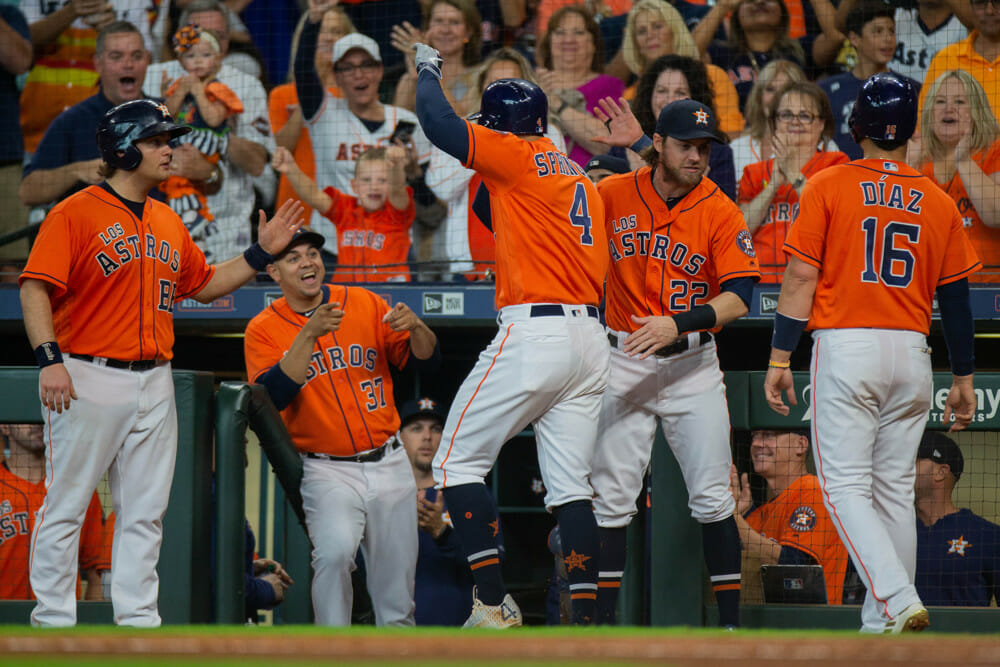 There are sports wagers and then there are insane sports wagers.  This would definitely qualify to be placed in the latter column, and probably qualifies the gambler to be placed in an asylum.  A furniture store owner out of Houston thinks that his home team, the Astros, are going to win the World Series this year.  He’s so convinced of their chances that he has put up $3.5 million of his hard-earned money.

Jim McIngvale is better known as Mattress Mack, the owner of Gallery Furniture in Houston.  He made his bet with the DraftKings sportsbook at the Scarlet Pearl casino in Biloxi, Mississippi, wiring the payment to the gambling house before hopping on a plane to visit the casino and pick up his betting slip.  The wager is reportedly almost even with what the sportsbook, along with all others throughout the state, collected in all baseball wagers between June and August.

The Astros are currently listed with odds of +220 to go all the way.  If Mattress Mack’s prediction proves correct, he is looking at putting $7.7 million in his pocket.  Not too bad, but there’s still a lot of work ahead for the Houston team to find its victory.

The 68-year-old McIngvale didn’t stop there, though.  He has also placed bets on the Astros winning at South Point in Las Vegas, as well as at Caesars, MGM, Circa Sports and Treasure Island in Nevada.  And, he’s apparently not done yet.  He is reportedly talking to other sportsbooks, particularly in New Jersey, about making bets there and FanDuel has stated that it went to the New Jersey Division of Gaming Enforcement to receive authorization for a bet that is greater than $5 million.

There may be some logic to Mattress Mack’s madness.  He set up a sales campaign at his furniture store earlier this year that will reportedly provide refunds on mattress-related purchases if the Astros take the World Series.  He tried a similar promotion in 2017 and ultimately had to refund over $10 million when the Astros took down the LA Dodgers that year as it secured its first World Series title.  Fortunately, he had also placed bets worth over $1 million, which helped to offset the amount he had to hand out to his customers.

McIngvale’s wagers have already caused the money lines to move.  After DraftKings took his bet, the Astros dropped to +210.  The Dodgers, on the other hand, are looking at +260 and only the New York Yankees had received more wager money at the sportsbooks before Mattress Mack stepped in.  The gambler states that he’s on the hook for at least $15 million because of the promotion, and the number keeps growing.

As far as big bets go, the NFL is usually the recipient of most of the heavy gambling action, not MLB.  Last year, the MGM sportsbook accepted a wager for $3 million that the Philadelphia Eagles would beat the New England Patriots in the Super Bowl.  That turned out to be a choice bet, as the unidentified gambler netted $4.5 million as a result.

That bet, though, wasn’t as big as the $4.8 million wager placed in 2002 when someone expected the St. Louis Rams to beat the Pats in the Super Bowl.  That turned out to be a huge loss after the Pats took down the LA Rams, 21-17, to win the Vince Lombardi trophy.

The Astros will figure out their next strategy after tomorrow.  The Tampa Bay Rays are going to take on the Oakland A’s for an American League Division wild card spot and the Houston team will then host the winner to try to keep its hopes, and those of McIngvale, alive.