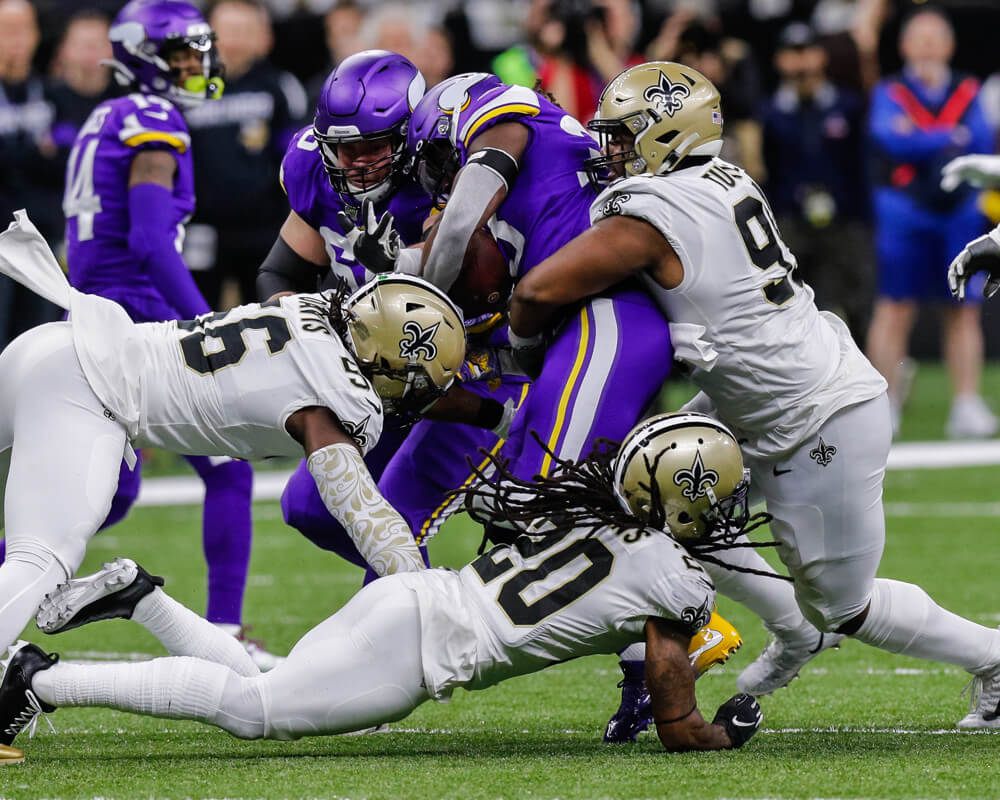 2020 NFL Schedule Has Fans Ready For Some Football

2020 NFL Schedule Has Fans Ready For Some Football

The 2020 NFL schedule has now officially been posted and, barring any interference calls on the coronavirus, the 2020-21 season will get started this September, as promised.  All teams in the league will have to make sure they’re adhering to any federal, state and local guidelines with regards to how they conduct their operations, as well as new protocols just laid down by the NFL, but things are looking more and more likely that football fans will have something to look forward to this fall.

With the 2020 NFL schedule out in the open, it looks like things are going to be interesting in the upcoming season.

Santa’s not going to be very happy if he’s a football fan.  Recovering from a night out jumping around the world as he delivers gifts, he won’t be able to enjoy this year’s Christmas Day game.  The New Orleans Saints will host the Minnesota Vikings in the Mercedes-Benz Superdome, complete with new upgrades and renovations.  This will be the first time in over a decade that the NFL will see a game on Friday – an extra Christmas present for football fans.

Coincidentally, out of the 11 games that will have been seen on a Friday after the upcoming contest, the Vikings will have had three appearances (the second time for the Saints).  However, the present gets a little better when looking at the entire football calendar.  Not only is there a Friday game, but there is also a game on Saturday, Sunday and Monday – four straight days of awesome football action.  It doesn’t get any better than this.

League Winners As The Season Gets Underway

The NFL has some kooky algorithm (and perhaps a dartboard) it uses to figure out the schedule of the games.  The basics are simple enough – teams have to play a certain number of conference games and, according to the league’s explanation, it uses a formula that “determines each team’s opponents every year, and a rotating schedule ensures that every team plays each of the other 31 at least once in a four-year period.”  This reportedly requires “hundreds of computers in a secure room” to create the ultimate schedule.

With that in mind, the Indianapolis Colts are set up to get off to a great start this season.  The first five games of their 2020 NFL schedule include the Jacksonville Jaguars, the Vikings, the New York Jets, the Chicago Bears and the Cleveland Browns.  The Vikings may be the only team to cause a little trouble and the Colts are looking at a strong chance of beginning the season 5-0.  That is a great way to build motivation, which could carry on through the regular season.

A similar situation is seen with the Saints, who will face the Tampa Bay Buccaneers, the Las Vegas Raiders, the Green Bay Packers, the Detroit Lions and the LA Chargers in their first five games.  Obviously, facing off against the Bucs and quarterback Tom Brady won’t be easy, but the Saints could once again be looking at starting off their season on the right foot as they try for a legitimate Super Bowl appearance for the third consecutive year.

Prime time is important – it even says so in the name.  Prime should be the best of the best.  However, a few prime-time games coming up this season don’t seem to exactly fit the criteria, leaving questions about how the league made its decisions.  For example, in Week 1, Monday Night Football has the Titans taking on the Denver Broncos.  Unless the Broncos have found a magic formula in the offseason, this matchup doesn’t seem like it will be nearly as interesting as, perhaps, the Las Vegas Raiders or the San Francisco 49ers.

The LA Rams have five – yes, five – prime-time games this year.  One is against the Bears in Week 7.  Neither team could really be considered a must-watch, and this seems to be another example of the league going out of its way to put up a game for reasons other than to attract fans.  Perhaps the NFL just wants to give the Rams a chance to show off their new uniforms as much as possible.

No Rest For the Wicked

With computers apparently calling the shots and humans not getting too involved, it shouldn’t be surprising that the schedule be a little quirky.  Computers don’t understand the emotional side of the game and how to pace the teams; they only understand numbers.  That’s probably why the Niners are stuck with two games each against the Seattle Seahawks, the Arizona Cardinals and the Rams – contests that could prove to be more difficult.  Additionally, San Fran is stuck running across the country in back-to-back games that make one wonder if the NFL computers didn’t have access to a map.

The Bucs are in a similar situation, but might actually have it worse.  Whatever formula the NFL used to create the NFL schedule for 2020 didn’t take into account much-needed downtime, and this is going to be a luxury for Tampa Bay this season.  The team has, along with the Buffalo Bills, the highest number of “short-rest” weeks coming up with five – the most any team has had in the past ten years.  If that weren’t enough, the Bucs also have the most games against teams that have enjoyed “long-rest” periods between contests.  Hopefully, Brady’s up for the challenge.