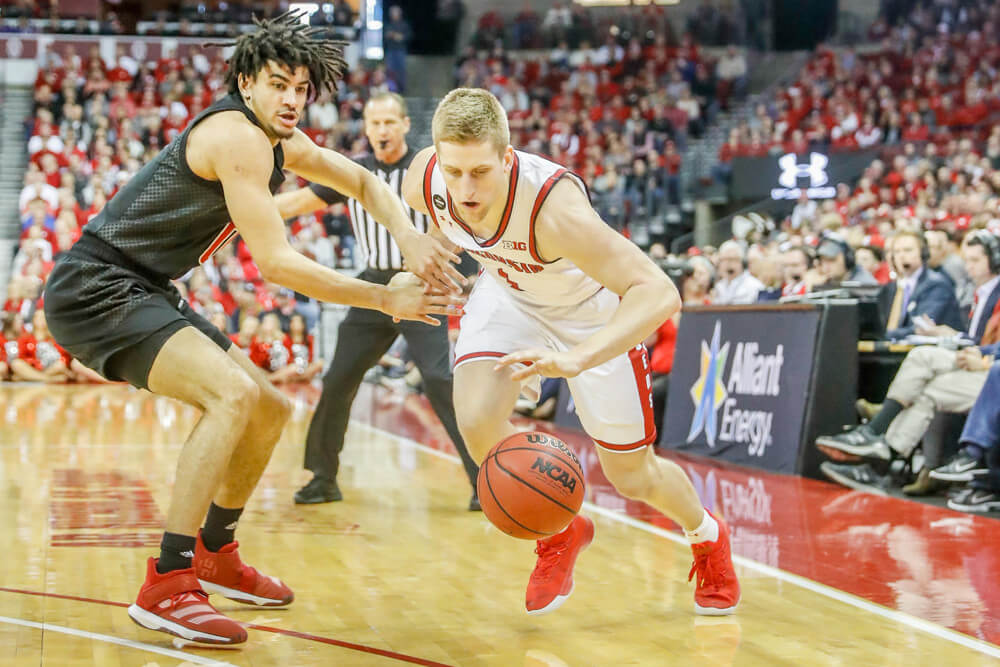 I’m going to write a daily piece that highlights my favorite daily picks on the sports slate, so here they are for Feb 27.

Yesterday was a good day, as I finished the day 2-0-1. While every day is a new opportunity and I don’t want to get sucked into the past, I think it’s worth reviewing things each day. This will help us get better as we move forward. So, here goes:

– Virginia Tech +3 (push) – As predicted in my writeup, this game literally came down to the last shot. Unfortunately for us, it just happened to be a 3-pointer. Ultimately, there is a saying I’ve always gone by, a push is better than a loss.

– Marquette -8 (won) – This one went exactly as I thought it would. A desperate MU team out for blood. Blowout all the way through.

– Boston +5 (won) – The Celtics love this underdog spot in a back-to-back situation, as they won straight up. I just wish I had the balls to bet them on the moneyline yesterday.

Now, onto today’s card. We have a 50-game college basketball card and a four-game NBA card.

This Big 10 battle should be a fun one. When you compare both of these teams, the Ken Pom metrics are eerily similar, especially on the defensive side of the basketball.

I see this as a grind it out, old-school Big 10 game, which means it will come down to the final minute of the game. If so, 6.5-points is a lot to cover for Michigan.

The Wolverines also play the Buckeyes Saturday, so this could be a spot where they are looking ahead a little bit. It’s natural, they are just kids.

The public sees a Michigan team that is rolling, but I like the dog tonight. The sharps also seem to be on the same side, as this spread has dropped from an opening number of Michigan -7.

Too many points to pass up in this spot, grab Wiscy before the spread goes down to 6 by tip-off.

Love Oregon tonight, as this is a revenge spot for them. Oregon lost to OSU by 10, but that was on the road. The Ducks now get the Beavers at home, where they are a perfect 14-0 this season. They are also 9-5 ATS. Oregon State, on the other hand, is a poor 3-7 away from home this season.

This is also an important game for Oregon, as they are trying to stay atop of the Pac-12.

Oregon’s offense is the key to tonight’s matchup. They rank 8th in Adjusted Offensive Efficiency via Ken Pom. They also shoot a nice 38% from 3-point land, which is 14th in the nation. That number has recently gone up at home. Oregon State gives up the 3-ball, ranking 9th in the Pac12 in 3PT% defense. Another area Oregon will have the advantage is on the glass. This makes a difference at home.

Lastly, the ducks will have the best player on the floor in Payton Pritchard. Couple that with the coaching advantage, and I envision a blowout on the horizon tonight. Should be similar to Marquette vs. Georgetown yesterday.

This is an under I circled today. Both of these teams faced off on January 18th without Joel Embiid and scored only 177 points…combined! Also, both teams are on the second games of back-to-backs, so look for tired legs in the second half.

Both of these teams also lack shooting. They are terrible from 3-point land and their effective FG% are bad, especially over their last ten games. They actually both rank in the bottom-five in the NBA standings in EFG% and 3PT% over those ten games. Same thing goes with pace. Both of these teams are in no rush to go up and down. The guy that does that on the Sixers usually is Ben Simmons, who is also out tonight with an injury.

The total has also dropped from an opening line of 212 due to Embiid being out, but the sharp money has also come in on the under. I would try to grab this because it will drop by game-time. I would take it all the way until 209.

Well, that is all folks for our picks for Feb 27. Good luck on today’s wagers!