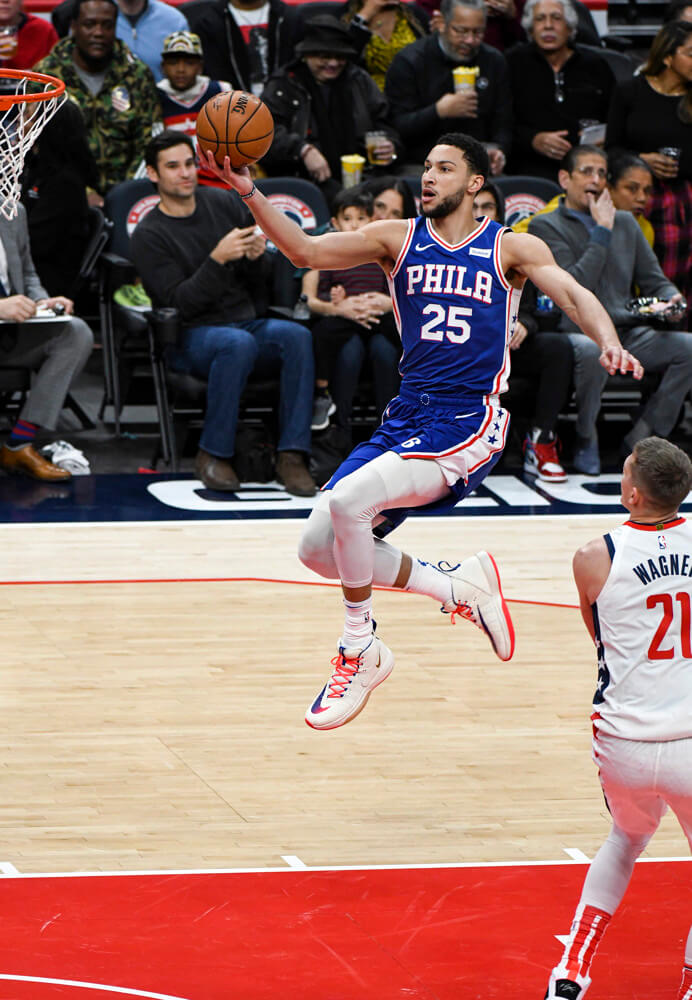 There are only six NBA games on the slate for tonight.  The good news is that the lineup looks awesome.  It’s crunch time in the league as the second half of the season is about to get underway, and the NBA has now laid out its plans for how the rest of the games are going to be played.

Tonight’s NBA action tips off in Philadelphia where Doc Rivers’ 21-11 76ers will welcome in out of the cold the 15-15 Dallas Mavericks as 5.5-point home court favorites at the Wells Fargo Center.  Philadelphia All-Stars Joel Embiid and Ben Simmons will take on the Maverick’s All-Star Luka Doncic and company with the Over/Under for the contest at 226 and the moneylines are Philadelphia -210 and Dallas +175.

For the first time this year, there were fans in the stands at the Barclays Center in Brooklyn when the Nets beat the Kings on Tuesday evening.  Tonight, the Nets will try it again, still without the services of Kevin Durant, when the 13-19 Orlando Magic come to Brooklyn to take on the top heavy Nets as 7.5-point underdogs on the road.

Once again, there are expected to be Nets fans at the Barclays Center cheering on their suddenly surging 21-12 NBA team, which is going for its eighth win in a row against the Magic tonight. The Over/Under for the game tonight is at 226.5 and oddsmakers have the moneylines at Brooklyn -305 and Orlando +245.

The 12-19 Sacramento Kings have now lost eight games in a row and tonight will be in the Big Apple at Madison Square Garden to take on the 15-17 New York Knicks, who they actually beat last month, as 2-point underdogs on the road in New York.  Oddsmakers have the moneylines for the game at Knicks -129 and Kings +107, with the Over/Under at 223.

The 23-10 LA Clippers, featuring NBA All-Stars Paul George and Kawhi Leonard, will be in Memphis tonight at the FedEx Forum to take on the 13-14 Grizzlies as 8-point favorites on the road.  The Over/Under for the game tonight is at 228.5 and the moneylines look like the Clippers -335 and the Grizzlies +270.

Wizards Not Feeling The Love

The Washington Wizards have NBA All-Star Bradley Beal, who is averaging almost 33 points per game, and they have former All-Star Russell Westbrook, as well, on the team.  But the Wiz have only managed to win a total of 11 games during the whole first half of this abbreviated NBA season.

Tonight, the 11-18 Wizards will be in Denver to try their luck against the 17-14 Nuggets at the Ball Arena there in the Mile High City as 7-point underdogs on the road.  Oddsmakers have put the Over/Under for the game at 236.5 while the moneylines are Denver -278 and Washington +225.

Finally, the 14-17 New Orleans Pelicans, led by second-year sensation and first time All-Star selection Zion Williamson, will have their work cut out for them tonight in Milwaukee at the Fiserv Forum.  They will try to tackle the 19-13 Bucks, who are listed as 9-point home court favorites on Unibet.  The Over/Under for the game is at a high 242.5 and the moneylines are Milwaukee -420 and New Orleans +325.

NBA Readies Last Half Of The Season

This week, the NBA finally released the schedule for the remaining half of the abbreviated professional basketball season this year.  The league and the players agreed to a 72-game season, but only issued scheduling for the first half of those games in order to remain flexible in light of the ongoing COVID-19 pandemic crisis.  That’s a good thing, too, because a total of 29 NBA games have already had to be postponed due to Coronavirus protocols.

The All-Star Break will take place from March 5 –10.  From March 10 through May 16, we will have the second half of the scheduled NBA games.  From May 18 to May 21, there will be the Play-in tournament and from May 22 to July 22, the 2021 NBA Playoffs will be held.  Both the league and the union want the Playoffs over by July 22 so as to not interfere with the Summer Olympics scheduled for Tokyo, if the games move forward.