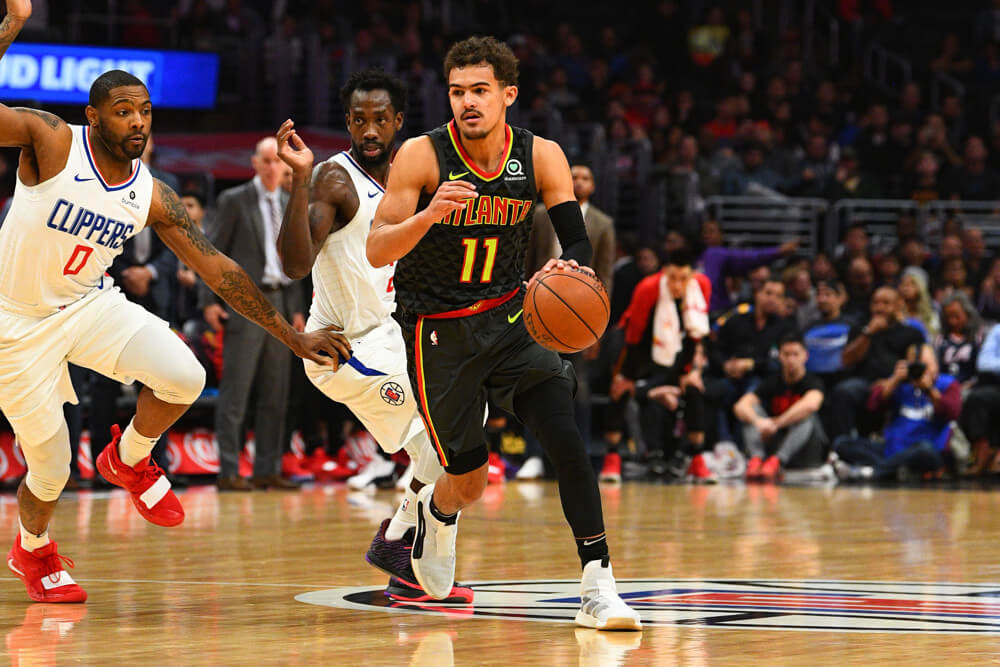 The roller coaster that is the current NBA season continues.  Last night’s games provided a couple of unexpected outcomes and it will be interesting to see if the trend continues tonight.  There are six games on the schedule and, if recent NBA history is an example, nothing is ever a lock.

The Utah Jazz are out in Washington today to take on the Wizards.  While they’re getting support from oddsmakers, the Jazz haven’t been themselves lately and need to figure out what has gone wrong.  They have dropped four of their last seven after going on a 22-2 run and the Wiz are looking to hand them another defeat.

Utah has relied a lot on Rudy Gobert this season.  He has an average of 18 points and 17.7 rebounds in the last three games and Washington is going to try to pin him to the outside.  The Jazz will still win, but not in line with the odds.  The Jazz are getting -530 to the Wiz’s +390 on Unibet, which doesn’t need any attention.  However, the 9.5 spread (at -120) might not make it.  Although Washington has dropped five straight, they showed some massive potential in their latest game against the Sacramento Kings.

The Orlando Magic and the New York Knicks are going to be trading more than points in their matchup tonight.  The Knicks are determined to find some additional talent ahead of the trade deadline and there are reportedly several Magic players that they might try to steal away.  If any Magic players want to head up north to play with RJ Barrett and Alex Burks, tonight is the night to show off.

The Knicks are favored at -278 (+220 to the Magic) and are getting seven points at -110.  Even if someone on the Magic bench wants to stand out tonight, it won’t be enough.  The Knicks will take the game and cover the spread.  The Magic have lost eight straight games and aren’t in a position to turn things around.

The Atlanta Hawks are on a seven-game winning streak they want to keep alive when they face the Oklahoma City Thunder tonight.  The latest win only marginally counts since it was against the Houston Rockets.  When the Hawks and Thunder met last in February, Atlanta took a loss, but the team has recovered since then.  It now sits as the #6 seed in the Eastern, while Oklahoma City has dropped to #12 in the Western.

The Hawks are getting -278 and seven points (at -110) tonight; the Thunder are getting +220.  Looking for a little motivation to get them through their eight-game road trip on the West Coast, the Hawks are going to have no difficulty tonight.  A win tonight would also give them better chances of staying in the Eastern race, while a loss would make a postseason appearance much more difficult.

The New Orleans Pelicans lost a close game to the Portland Trail Blazers on Tuesday and are ready for a rematch.  The final score of that game was 125-124 and, despite the outcome, Lonzo Ball had a great night.  By all rights, the Pels should have won, but a come-from-behind performance for the Blazers robbed them of the game.

Tonight, the Blazers are getting the advantage once again, just like Tuesday.  In the last game, they had a spread of 1.5 points, which narrowly missed, and they’re getting a single point tonight on a line of -114.  The Pels are getting -106, so expect another close battle tonight.  The Over/Under sits at 241.5 (-113) and is likely to hit, but New Orleans will have its revenge tonight.

The Phoenix Suns invite the Minnesota Timberwolves into their house tonight, looking to offer them some refuge from their recent slump.  The Timberwolves have lost 11 of their last 13, despite shooting 52% from their field in the recent game against the LA Lakers.  On the other side of the court, the Suns have taken six of their last seven games and are coming off a win against the Memphis Grizzlies.

There isn’t much reason to think the Suns won’t take the game tonight.  They’re getting -590 to the +430 targeting the Timberwolves and the 10.5-point spread (-110) indicates a blowout is coming.  The Over/Under is at 228.5 (-109) and the game is likely to fall just short.  The Under has hit 9 out of 12 times between these two teams and, with how Minnesota is playing, it doesn’t look like it will be able to put up points.

LaMelo Ball is going to get to do something tonight that basketball fans around the world only dream of.   As a rookie playing for the Charlotte Hornets, Ball will face the LA Lakers and LeBron James tonight, but  he admits that he’s “not really” excited about facing King James.  Expect LeBron to give him a proper initiation to pro basketball.

The Lakers are getting -335 against the Hornets’ +270.  They’re also getting eight points, which seems a little low.  Despite having to play without Anthony Davis and a few others, James has gotten a lot of help off the bench.  Montrezl Harrell, Kyle Kuzma and Talen Horton-Tucker have been performing spectacularly and should put on another good show tonight.  The Over/Under of 226 (-112) seems subdued and should be beaten by at least nine points.

Harden Proves To Be Too Much For The Pacers Wednesday
Suns, Jazz Handed Embarrassing Losses Thursday
Get Free Picks & Exclusive Offers