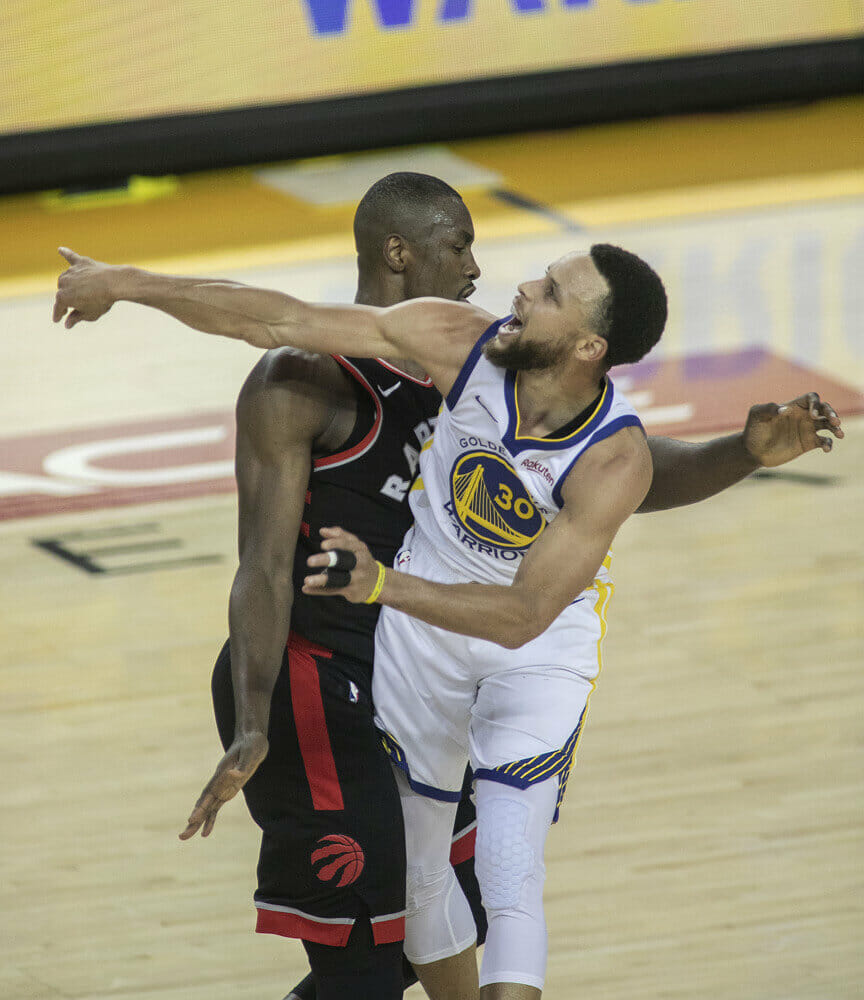 The NBA Gets Off To A Slow Second Half Start

The NBA Gets Off To A Slow Second Half Start

Only two games were enough last night for basketball fans to enjoy.  However, they were enough to give a great deal of excitement.  There’s a lot more NBA action tonight, though, as the second half of the season gets cranked up.

Wiz Fall On The Road

As much as the Washington Wizards tried to monopolize their road game against the Memphis Grizzlies, they didn’t succeed.  Part of it was thanks to the great performance that Jonas Valanciunas had last night, causing the Wizards to fail in their strategy.  The on-fire Valanciunas managed to score a season-high 29 points for Memphis, matching at the same time his season-best 20 rebounds. That helped the Grizzlies take the 127-112 win last night.

Ja Morant found all the inspiration possible to be able to score an additional 21 points, while teammate Desmond Bane showed that it doesn’t matter if you’re a rookie.  He had a season-high 20 points, going five of eight from 3-point range.  Valanciunas said after getting back on the court, “It was four days without basketball. It was great to play basketball again. Great to be with the group, win a game and have some fun playing.”

For the Wizards, Bradley Beal led the scoring table after getting 21 points, while Russell Westbrook and Davis Bertans scored 20 and 13 points, respectively.  The Grizzlies took benefit from some struggles Washington had in the first half, which gave them a 19-point lead in the second quarter.  Even when the Wizards found some momentum on different occasions in the second half, Memphis pulled away in the fourth quarter.  Coming next, the Wizards are going to host the Philadelphia 76ers on Friday, while the Grizzlies will host the Denver Nuggets the same day.

Luka Doncic was unstoppable last night after getting his 33rd triple-double. He managed to score 22 points, 12 rebounds and 12 assists for the Dallas Mavericks, but teammate Kristaps Porzingis was not far behind, adding 28 points and 14 rebounds. All this combined opened space for a victory and the Dallas Mavericks defeated the San Antonio Spurs 115-104 on Wednesday night.

Dallas finished with a 17-4 run against a Spurs team who won’t have seven-time All-Star LaMarcus Aldridge in the lineup any longer.  This is according to head coach Gregg Popovich, who announced before the game that Aldridge would depart the team through a  mutual agreement.  He added, “He’s been a great teammate. We just think this is a win-win for both LaMarcus and for the club.”

For the Spurs, DeMar DeRozan got 30 points, 11 assists, and four steals, while Patty Mills and Rudy Gay added 14 and 13 points, respectively. The Spurs missed 11 straight shots over the period of eight minutes, which gave a lot of advantage to the Mavericks.  Next the Spurs will host Orlando on Friday night and, for the first time in this season, the AT&T Center will be open for fans. The Mavericks will finish a back-to-back tonight against the Oklahoma City Thunder.

The Golden State Warriors will take on the LA Clippers tonight, with Stephen Curry making a reappearance for the Warriors.  He missed the team’s final game of the first half of the season in order to rest, so he should be ready to go tonight.  Curry and the rest of Warriors front men will need bring more than just raw talent though, as oddsmakers are giving the Clippers a big advantage.  Unibet has them on a line of -300 with 7.5 points, and the Over/Under is set at 231.5 (-110).  That looks to be right on target for this powerhouse matchup.

On many occasions, and in many sports, the worst teams in a league can provide the best action.  A Western Conference matchup between the second-worst Sacramento Kings and the third-worst Houston Rockets will take place today, with both putting up dismal numbers this season.  Sacramento has lost 11 of its last 13 and Houston is coming in on a 13-game losing streak.  Still, this is going to be an interesting game, and the Kings are getting more support from oddsmakers.  They sit at -182 to the Rockets’ +148, and the 4.5-point advantage for Sacramento won’t last long.