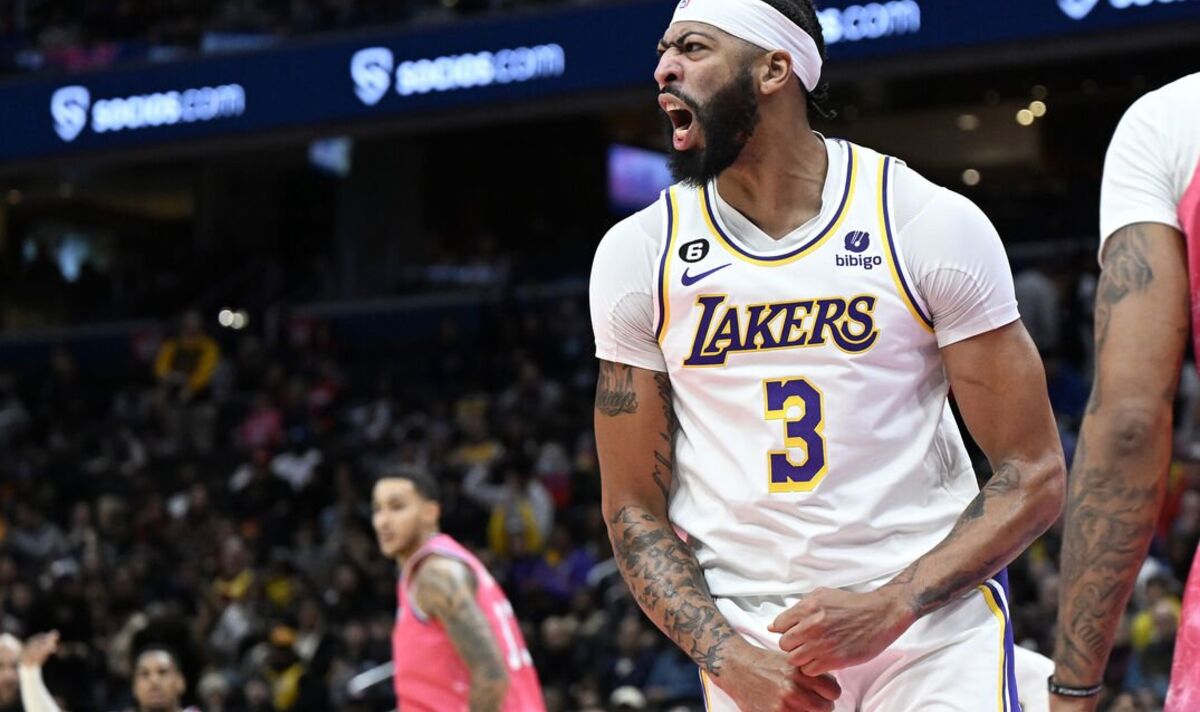 The Lakers Are Starting To Find Their Way This NBA Season

The Lakers Are Starting To Find Their Way This NBA Season

As the first week of December comes to a close, there are three games on the NBA schedule for Tuesday night as teams fight for position in their respective conferences. Here’s a look at what to expect in tonight’s matchups.

The Los Angeles Lakers hope to continue their strong play and go for their fourth straight win when they visit the Cleveland Cavaliers on Tuesday night. LA is 8-2 in their previous ten games, mainly due to the dominant play of Anthony Davis, who’s averaging 35 points and 15 rebounds in the last nine games. Against the Washington Wizards on Sunday, he scored 55 points and pulled down 17 rebounds as LA picked up its fourth straight win on the road.

Cleveland is second in the Central Division with a 15-9 record, 2.5 games behind the Milwaukee Bucks. Donovan Mitchell has led the team in his first season as a Cavalier with 28.4 points per game.

The Cavs lost to the New York Knicks in their last matchup on Sunday 92-81 for their second straight road loss, but have won six straight on their home floor. F Evan Mobley will have the solo task of guarding Davis, with Jared Allen likely to miss his sixth straight game with a back injury.

The Lakers win for their fifth in a row on the road.

The Detroit Pistons and Miami Heat clash on Tuesday night in an Eastern Conference battle. Detroit is at the bottom of the Central Division with a 6-19 record and hopes to get their third road victory in tonight’s matchup. They’ve lost four of their last five games, but have won two of their last three on the road. In their last game on Sunday, they were defeated by the Memphis Grizzlies 122-112.

Miami is two games behind the Atlanta Hawks in the Southeast Division standings and is 4-2 in their last six games since a four-game losing streak. Jimmy Butler will be playing his third game after missing seven in a row with a sore right knee.

Butler returned on Friday night to lead the Heat to a 120-116 victory over the Boston Celtics at TD Garden in overtime, scoring 25 points and grabbing 15 rebounds. They are 4-2 in their previous six games coming into this matchup.

Miami gets the win over the struggling Pistons.

The Dallas Mavericks go to Denver to take on the Nuggets on Tuesday night in the Western Conference. The Mavericks are 3-1 since ending their season-long four-game losing streak against the Golden State Warriors last week.

Luka Doncic continues to dominate all opponents and leads the league in scoring with 33.4 points per game. He’s also fourth in the league with 8.5 assists per contest. Dallas is three games behind the New Orleans Pelicans in the Southwest Division standings.

Denver has a slim 1.5-game lead over the Portland Trail Blazers in the Northwest Division after losing two straight road games. They’re 14-9 on the season and have one of the best records at home at 6-2.

On Sunday, they lost to the Pelicans 121-106 as Jose Calderon torched them for 38 points off the bench in 27 minutes, while making 8 of 11 three-pointers. A win tonight for the Nuggets would be their third straight at Ball Arena.

The Nuggets break their losing streak with a victory at home.