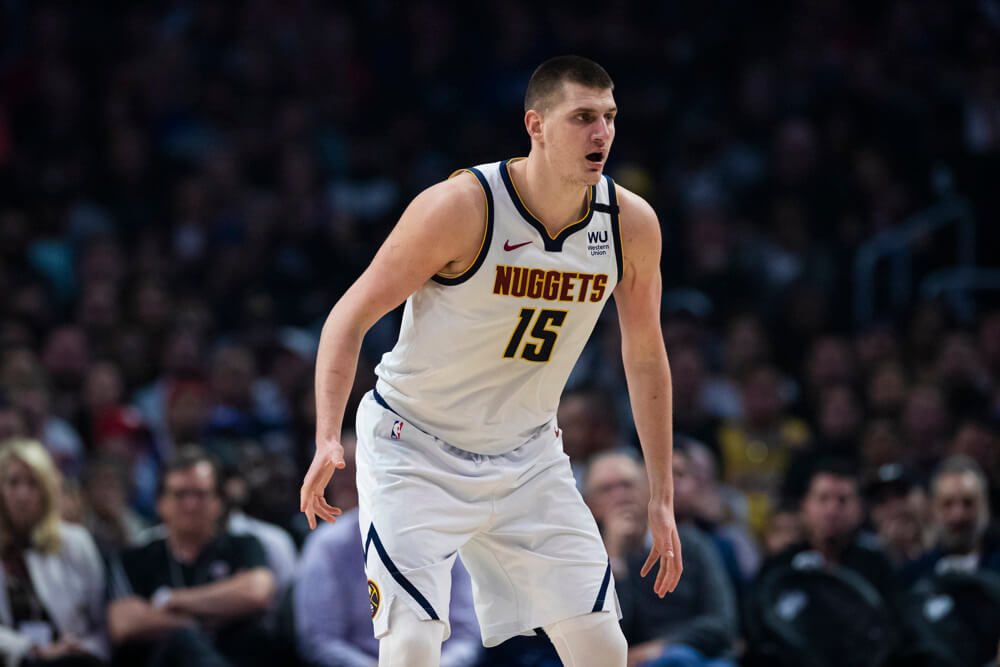 The Philadelphia 76ers have become the team to beat in the NBA this season.  When they brought in Doc Rivers as their new head coach things began to change for the better.  They may just be the most powerful team in the NBA right now.  Their game tonight against the Brooklyn Nets, as well as the others on tap for today, is drawing a lot of interest from sports gamblers.

76ers Take It To The Nets

The 76ers will go up to Brooklyn to challenge the Nets in what is being billed as the best game of the day.  The Nets will be without the services of superstar Kevin Durant, who is out for at least another week on COVID-19 protocols.  The 7-1 Philadelphia team (-120) come into the game as scant 1.5-point favorites over the 4-4 Brooklyn Nets (+100) on Unibet, and the Over/Under is 226.

Tuesday evening, the Nets handily beat the Utah Jazz 130-96 playing four new starters along with super star Kyrie Irving, who ended up with 29 points after sinking his first 9 shots.

On Wednesday evening at home in Philly, the 76ers beat the Washington Wizards 141-136 behind Joel Embiid’s 38-points with 8 rebounds and 5 assists.  Still, in the postgame interview, Sixers head coach Doc Rivers told reporters, “We were fortunate to win the game, but we’re not going to win them all pretty.  We’ll take a win, for sure.”

Embiid got a little help with strong contributions from Seth Curry, who scored a season high 28 points and Ben Simmons who managed to rack up 12 assists, which is a bit unusual for a big man center.

Young Luka Doncic scored his first triple-double of the season when the Mavericks, who have not won two games in a row all season, went down to Houston on Monday night.  He sat out the Bulls game, which Dallas lost, in order to rest up and came back strong.

Today, the 3-4 Mavericks (+120) will travel to take on the Denver Nuggets (-140) with all eyes on Doncic in expectation of his second triple-double on Thursday night as 2.5-point underdogs with the Over/Under set at 224.5.  While the Mavericks are trying to get to .500 for the first time this season, the interesting matchup in this game will be between two of the top candidates for NBA MVP this year.  Doncic for the Mavs and Nikola Jokic for the Nuggets.

The ‘Wolves Try Against The Trail Blazers

The Minnesota Timberwolves (+425) have their work cut out for them when they travel out to Portland, Oregon to take on the Trail Blazers (-550) as 10-point underdogs with the Over/Under set at 223.

The 2-5 Timberwolves have lost 5 games in a row without their star player Karl-Anthony Towns and need a win, which they are not likely to find in 3-4 Portland.  However, this is the NBA, so you never know. But the Minnesota defense has given up between 123 and 130 points and losing by 15 points, or more, in 4 of the 5 games.

Spurs And Lakers Duke It Out In LA

The 3-4 San Antonio Spurs (+230) will be out in Southern California to take on the 6-2 LA Lakers (-270) as 7-point underdogs at the Staples Center in LA with the Over/Under set at 222.5.  They will be taking on one of the NBA’s top “dynamic duos” in Anthony Davis and LeBron James who have been dominating the courts lately.  They scored 26-points apiece beating the Memphis Grizzlies in a low scoring game by the final score of 94-92.

It was just a couple of days ago that the Spurs, behind Patty Mills scoring 27 points, beat the LA Clippers (116-113) right there on the same court in the Staples Center.

However, the Spurs have been playing without the services of big man LaMarcus Aldridge for several games now, but he will be back on court when the Spurs face the Lakers tonight.

The Cleveland Cavaliers had a good run as the new season got underway, but things have fallen apart.  They’re 1-4 across their last five games, including a loss to the Orlando Magic this past Tuesday, and are hoping to turn things around when they take on the Memphis Grizzlies tonight in Tennessee.  That could be possible if Collin Sexton steps up and becomes the player he is expected to be, but oddsmakers give the Grizzlies the edge.  Memphis is at -195 tonight, with an Over/Under of 112.