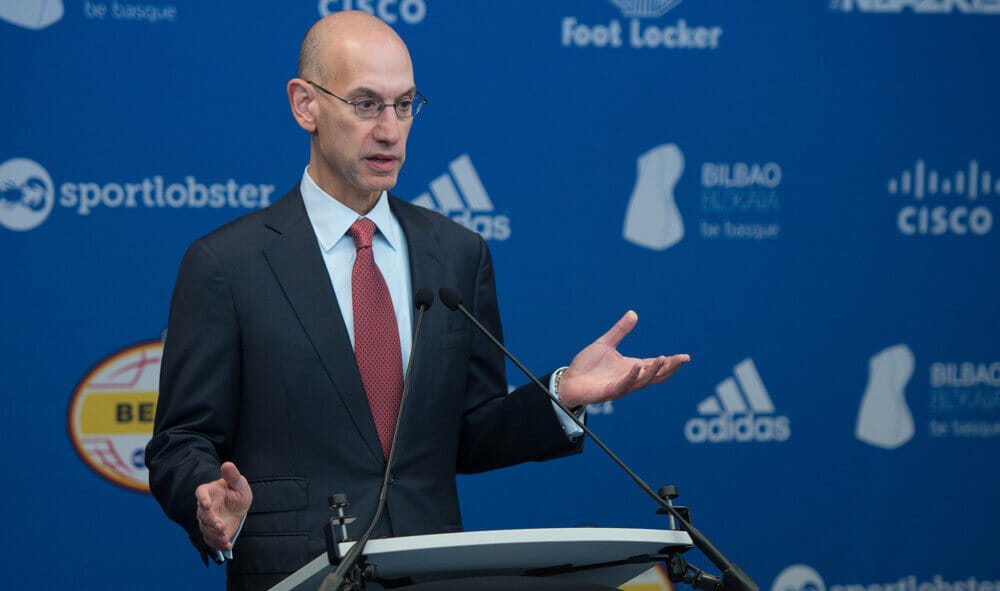 NBA Commissioner Adam Silver and the league office want to start the upcoming season on December 22 and play through Christmas and New Year’s Day.  The players are pushing for January 18.  The debate could come down to a players’ vote, which is scheduled to take place tomorrow.

Many of the players’ most vocal voices have been raised on having to start a new season just two months after the grueling NBA Finals are over with for 2020.  The executive director of the National Basketball Players Association (NBPA), Michele Roberts, said in a recent interview with The Athletic’s Shams Charania that player response has been ‘overwhelmingly negative’ to starting up again so soon.

Danny Green of the LA Lakers has even dropped hints that some players might even simply skip the early games this upcoming season in order to be fresh for the playoffs.  But that does not seem like something that would sit very well with the team owners, who paid out a hell of a lot of money for these guys, nor the coaching staff, who need all their players at all the games all of the time.

Most of the NBA players are already resigned to the December 22 starting date as now being “inevitable.”  Chalk it up to the COVID-19 pandemic.  This Thursday, November 5, the players of the NBA will take a vote given just two choices, take it or leave it.  The first choice would see the season starting on December 22m with the teams returning to training camp on December 1, only three weeks from now.  There would be 72 games on the schedule which would include only 14 back-to-backs, which the players find taxing.  Then, the playoffs would start on May 22 with the NBA Finals finishing up around July 22.

The other option would be to start NBA regular season action on January 18, which would mean that the teams would not be required to be back in training camp until December 28, after Christmas.  Most of the players would prefer to spend at home with their families in this time of so much stress and crisis.  There would only be 60 regular season games, but with 24 of the unpopular back-to-backs.  The playoffs would then start on June 28 and the NBA Finals would take place around the August 21-23.

Both plans would come with the following provisions – three or four preseason games, a six-day All-Star break, a 25% reduction in travel and a play-in tournament featuring the Number 7-10 seeds.

The NBA Wants To Return To Normal Quickly

The obvious goal of Adam Silver and the NBA front office is to get the league back on a schedule as close to the normal schedule as soon as possible.  Also, they are trying to set it up for a time when, hopefully, fans will be allowed back in the games, both for the atmosphere they produce and for the revenue derived from ticket sales.

The earlier starting date would avoid any conflict with the upcoming Olympics because some of the players would naturally like to participate on the Olympic Basketball Team and, of course, there would always be some concern over the all-important television ratings.

Money Is Still An Issue

Apart from the scheduling, the league’s finances will also be discussed.  It is expected that the all-important salary cap, now set at $109.14 million, and the luxury tax of $132.63 million will remain the same, although the players are ever hopeful that they will go up a bit.

Players will also be discussing the uncomfortable issue of escrow withholdings to help offset some of ownership’s losses due to the current pandemic crisis.  The league wants that to be set at 25% while the players are pushing for just 15% this year.  They agreed to the 25% last year and now it looks like the players will get back much of that money.