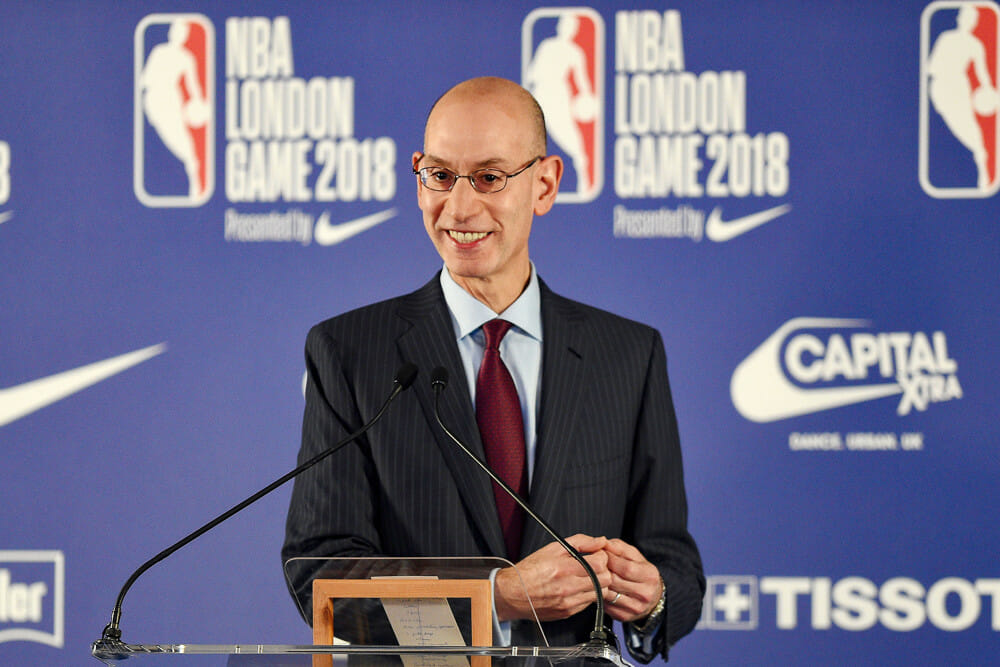 The Show Goes On: NBA, Players Agree On New CBA

The Show Goes On: NBA, Players Agree On New CBA

Finally, after weeks of speculation and endless talk, the NBA and the National Basketball Players Association (NBPA) have reached an agreement on the collective bargaining agreement (CBA) and scheduling for the league going forward.  As expected, the start date for the upcoming season will be December 22, just like NBA Commissioner Adam Silver wanted all along.

NBA and NBPA Are On The Same Page

The NBA and the NBPA have agreed to amend the CBA, the document that talks about money.  At one point, the owners were trying to get the players to agree to the taking of a hefty 25% of the players’ salaries in escrow in case of further losses to the teams due to the COVID-19 pandemic.  The players proposed 15% in escrow, and rumors were that it would be 18% to compromise.  However, in the end, the escrow amount for the players is going to remain at the standard 10%, which surely brought a big sigh of relief from the bench.

There will be 72 regular season games, just like Silver wanted, and the NBA Finals will be over by mid-July, just in time for the Summer Olympics or officially, the Games of the XXXII Olympiad in Tokyo, Japan, in which various NBA stars are planning to participate.

The other big bargaining point for the past few weeks has been the starting date for the NBA Free Agency which, by a recent agreement, will begin at 6 PM ET on Friday, November 20.  About 100 NBA players will be involved in Free Agency negotiations at the end of November and, of course, the NBA allows teams to do some player trading during this period as well.   That is just two days after this years’ NBA Draft, these guys are going to be worn out before Christmas at this rate.

The two sides also came up with a compromise on the escrow system to spread the losses out across multiple seasons.  The typical escrow withholding of 10% will remain in place.  If there is a need to reduce player salaries by more than that 10%, that loss will be spread out over that season, as well as the following two — and players can never have more than 20% of their salary withheld in a single season. The hope on both sides is that future seasons will see the league be able to return to normal financial footing as the pandemic subsides.

Last, but certainly not least, came the salary cap, which remains $109.1 million, and the luxury tax of $132.6 million.  In the end, both stayed where they were last year due to the big time losses incurred by the league and the owners due to COVID-19, which is still in full swing all across the country.  Leaving the salary cap and luxury tax without an increase this season helps the players to avoid a big cut in salary cap for the next season should the leagues revenue continue to drop.  It was also agreed on that the salary cap would increase for next season at a minimum of 3%, topping out at 10% if the league has a really good season.

Also included in these negotiations is an agreement whereby the NBA plans to reduce the luxury tax bill for the teams by the end of the 2021 season by the percentage amount that the league’s Basketball Related Income declines from initial projections.  For example, if it drops from a projected $8.45 billion to $5.9 billion, that’s a 30% decline.  The LA Lakers projected luxury tax bill would, in turn, be reduced from $60 million to $42 million.

The Next NBA Season Is Approaching Quickly

So the NBA, on short rest, is about to get underway once again with a somewhat abbreviated schedule in hopes that some miracle will happen that will allow basketball fans to once again fill the venues and cheer their teams on to do their best to win games.  It is still unknown if the NBA will be able to allow fans into the games, even a few people making some noise would be better than nothing, but without a vaccine and with social distancing being largely ignored, it might be too risky to attempt.