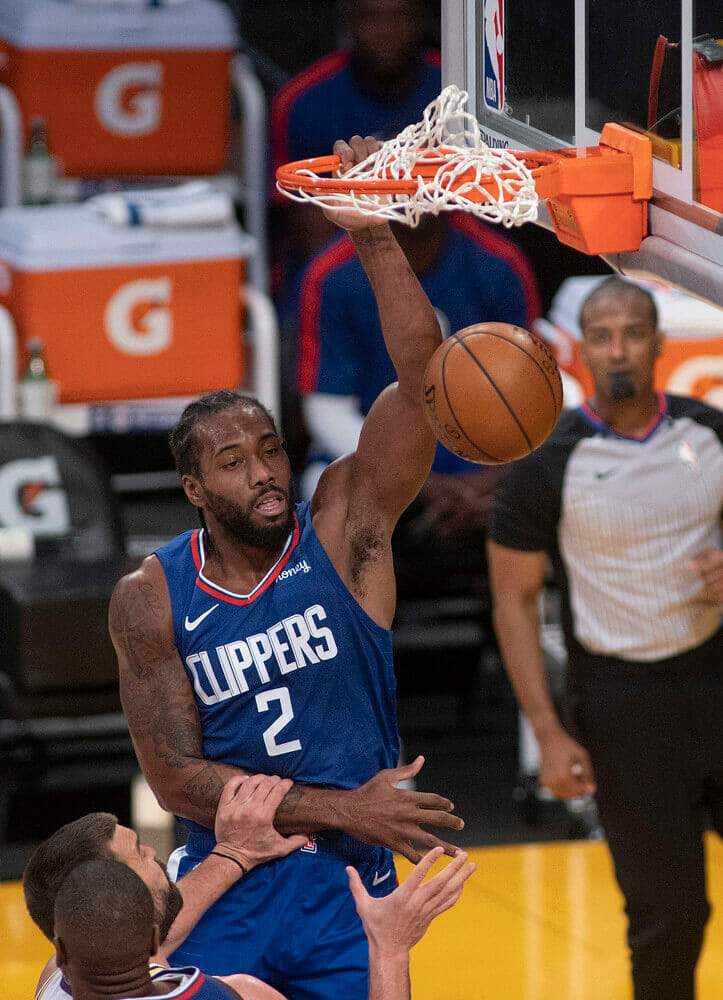 The NBA Season Off To A Great Start

The NBA Season Off To A Great Start

The NBA season is now officially underway.  Last night saw some repeat performances between the LA Clippers and LA Lakers, as well as some new jerseys in that game and the one between the Golden State Warriors and the Brooklyn Nets.  It’s going to be a great year for basketball.

Kawhi Leonard and Paul George accounted for 59 of the Clippers’ 119 points as they beat the reigning NBA Finals champions in the opening game of the season for the second year in a row.

The loss on opening night was unfortunate for the Lakers, as this was also the night that they were presented with their championship rings before the game for their victories in the NBA Finals, which finished only 72 days ago.  The Clippers stayed in their locker room during the ring ceremony before tip-off out of respect, but they were all planning on how to get themselves one of those rings this year in 2021.

While the star power on the Lakers team is proven and undeniable, the Clippers, under newly promoted head coach Tyronn Lue, who took over when Doc Rivers was let go, have built themselves quite a roster for 2021.  Doc surely deserves some of the credit for building this team.  But Rivers is in Philadelphia now coaching the 76ers and Lue seems to think that this is the Clippers year to rule the court.

George put on the best show of the evening compiling 33 points on 13 of 18 field goals, 5 of 8 3-point shots and was 2-for-2 on his free throws.  Add to that his six rebounds, three assists and one steal across 36 minutes on the court in last night’s 116-109 victory over the crosstown rival Lakers.  George is leading the pack so far for the league MVP.

On the Lakers side of the ball, LeBron James scored 22 points and Anthony Davis had 18.  James managed to twist his ankle ‘pretty good’ in the second half so he just played 28 minutes.

The Clippers bolstered their chances for that ring this year by acquiring Serge Ibaka from the Toronto Raptors over the off-season.  Ibaka put up 15 points in his debut with the Clips and is surely a welcome addition to the team.

Even with the addition of playmakers the likes of Nicolas Batum and Luke Kennard, the Clippers’ perennial sixth man, Lou Williams, held his ground by scoring 11 points across 26 minutes with 2 nice 3-pointers, three assists and a couple of rebounds.

The Nets Wow At Home

The Nets gave the Warriors a hard time at home, relying heavily on Kevin Durant to take the team to a 125-99 win against his former team.  He racked up 22 points to give the Nets a great start to the season, and added five rebounds, three assists and three steals to his list of accomplishments in the game.

The Nets led from early in the game and didn’t look back.  In addition to Durant, Kyrie Irving was on fire, hitting multiple three-pointers to end the night with 26 points.  The team was doing so well that neither Durant nor Irving had to play in the fourth quarter.

Not even Warriors star Stephen Curry could find a way to stop the power duo and only had one word to describe how the night went.  After the game, he described what it was like facing his former teammate, calling it “awful.”  Curry expects to see a lot out of Durant this year and added, “With KD out there — the way that he looked, he looked all the way healthy, confident in his body, so it was good to see obviously from a health standpoint.  That means a lot to come off an injury like that.”

Gonzaga Gets Off To A Great Start In College Basketball
Fractured Throats, Concussions On The NFL Injury Report
Get Free Picks & Exclusive Offers