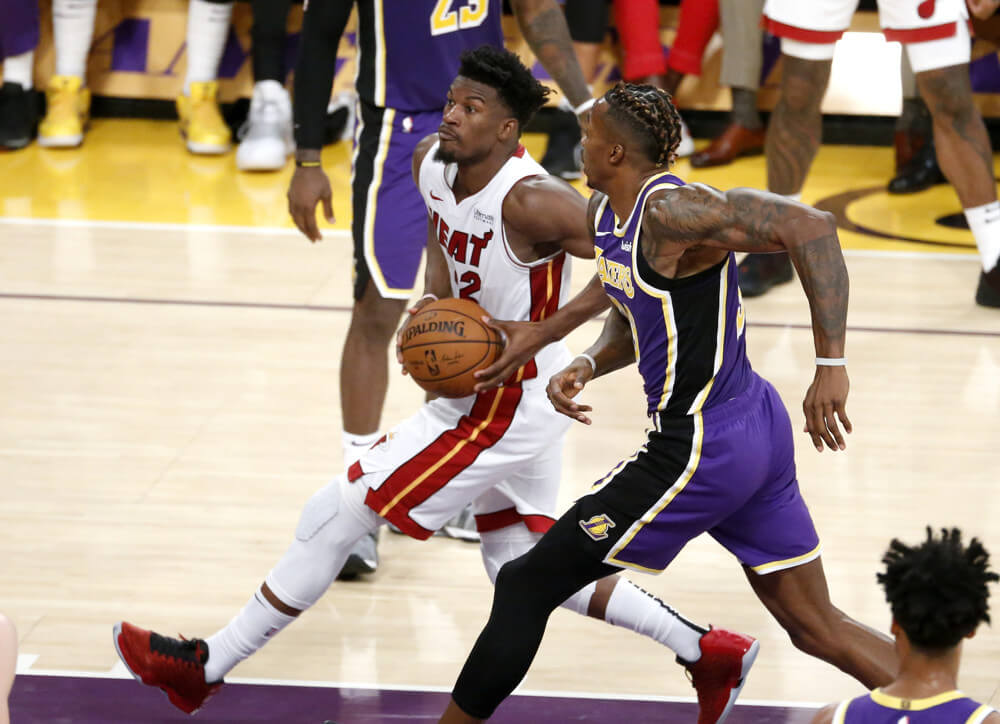 The Heat Look To Be Planning A Deep Playoff Run

The Heat Look To Be Planning A Deep Playoff Run

A spectacular Tuesday night of basketball was provided by many of the league’s top players, including LeBron James, who is close to getting his 100th career triple-double. Are the Miami Heat on their way to the playoffs?

The Miami Heat are back to winning ways and are increasingly taking a more important position in the rankings.  Jimmy Butler had a lot to do with this victory after scoring 28 points, and 12 rebounds, while his teammate Bam Adebayo, back from a knee problem, scored 14 points and in this way, the Heat managed to easily beat the Cleveland Cavaliers 113-98 on Tuesday night. Kelly Olynyk, Tyler Herro, and Duncan Robinson also contributed after scoring 17, 15, and 14 points, respectively for Miami, which has now won 11 of its last 12 games.

Collin Sexton led Cleveland with 21 points, while JaVale McGee managed to get 16 points and eight rebounds. The Cavaliers have been through a lot of ups and downs lately, after losing 10 consecutive games, then won four in a row, and have gone 0-4 since then.  Larry Nance Jr. and Darius Garland tried to do their best and scored 14 and 11 points, respectively, which wasn’t enough to dampen the streak the Heat have been on.  Coming up next, the Cavaliers are going to host the Boston Celtics tonight, and the Heat will get some action, as well, visiting the Memphis Grizzlies.

The Utah Jazz have already achieved the best record in the NBA.  If they continue with performances like the one against the Celtics, it is very likely that this record will be even better by the time the season ends. Utah hit a total of 19 3-pointers to overcome Boston 117-109 on Tuesday night.  Donovan Mitchell got a total of 21 points, while Jordan Clarkson added 20 points off the bench as the Jazz swept the season series between the teams.

Boston led by as many as 11 in the first half but couldn’t keep up the pace and eventually faded.  For the Celtics, Jayson Tatum led the scoring with 29 points and Jaylen Brown added 28.  None of this great effort was enough to be able to battle back against the hot shooting Utah had last night, as Utah picked up 45 points from its bench.  The Jazz will visit the Washington Wizards tomorrow, and the Celtics will get some action tonight when facing Cleveland.

Sixers Sneak By The Knicks

Tobias Harris was unstoppable last night, scoring a game-high 30 points, while Seth Curry chipped in after adding 20 more points, helping the Philadelphia 76ers down the New York Knicks in a tight 99-96 game.  Harris scored seven straight points, including a go-ahead layup that made it 96-92.  He definitely believed he should have joined teammates Ben Simmons and Joel Embiid in the Atlanta All-Star Game. Joel Embiid couldn’t participate in this game as he is still battling injuries. Simmons had a total of 16 points and 13 rebounds and has never lost against the Knicks.

On the other hand, Julius Randle had 19 points and 16 rebounds, while his teammate RJ Bartter added 17 points for the Knicks.  As part of what’s coming next for these teams, the Knicks will face the Orlando Magic on Thursday, while the Sixers are going to host the Milwaukee Bucks today in the teams’ first meeting this season.

Lakers Pull Away Against Timberwolves

King James is missing just one more triple-double to reach the 100 figure in his entire carrier. He got 25 points, 12 rebounds, and 12 assists last night, leading the LA Lakers to a 137-221 victory against the Minnesota Timberwolves.  Montrezl Harrell scored 25 points, putting on another great show, which is usual for the defending NBA champion.  Dennis Schröder got 16 points and seven assists, while Talen Horton-Tucker and Kyle Kuzma scored 16 points apiece for the Lakers.

For the Timberwolves, Karl-Anthony Towns and Anthony Edwards scored 29 points apiece, but that wasn’t enough to defeat the great night the Lakers had.  The winner of this game will host the Charlotte Hornets on Thursday, while the Timberwolves will visit the Phoenix Suns the same day.