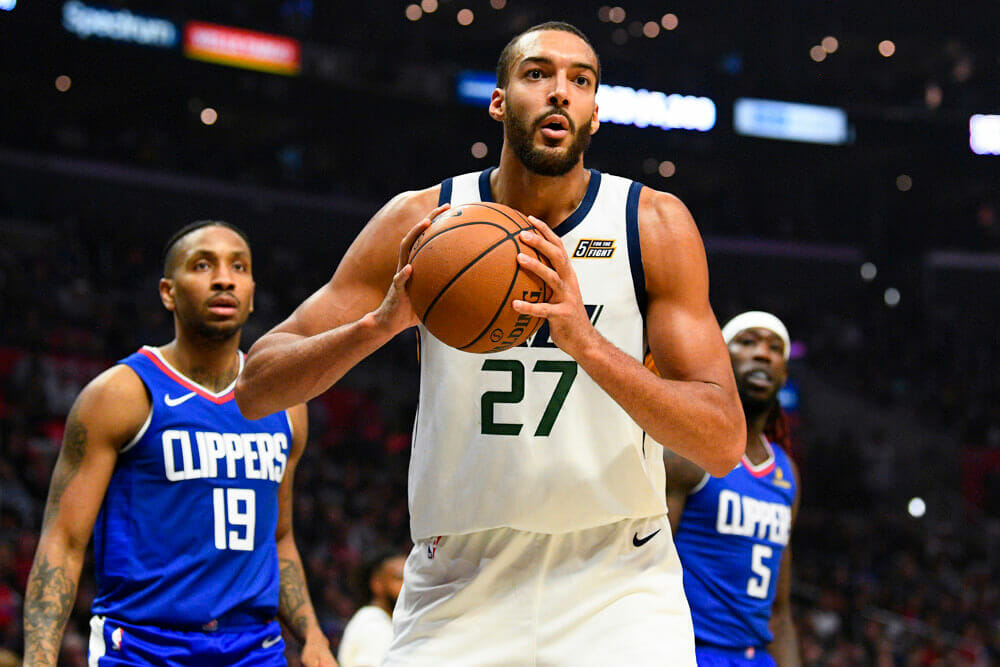 It started as a joke for Utah Jazz center Rudy Gobert on Monday. But by Wednesday night, no one was laughing. No one in the NBA is playing now, either.

The NBA suspended its season on Wednesday night, starting a cascade of major sports cancellations that swept the nation as swiftly as the Coronavirus that precipitated the unprecedented actions. By mid-afternoon Thursday, the NHL, MLB and the NCAA had joined the NBA in taking the final dramatic step to halt play altogether, leaving sports fans without any professional games or the annual March Madness basketball tournaments.

After days of debate in all sports over whether to continue playing games before packed stadiums, continuing in empty arenas or cancel games altogether, the NBA found its hand forced on Wednesday night, when Gobert tested positive for the Coronavirus shortly before the game in Oklahoma City.

At first, the NBA canceled the game between Utah and Oklahoma City, but within hours, the league took the ultimate step by pausing the season, a suspension expected to last 30 days.

“The NBA will use this hiatus to determine next steps for moving forward in regard to the coronavirus pandemic,” the league said in a statement.

The NBA’s decision to pause play was the tipping point for the NCAA, which had been struggling to come to a decision about its postseason tournaments as the virus’ spread in the U.S. continued to expand. Before Thursday, the plan was for the 68-team men’s NCAA basketball tournament and the 64-team women’s tournament to be played in empty arenas, splitting the difference between safety and normalcy. But once the NBA announced its suspension, several college conferences, including the SEC and Big Ten, cancelled their conference tournaments Thursday morning. By afternoon, the entire NCAA Tournament was scrapped.

“This decision is based on the evolving COVID-19 public health threat, our ability to ensure the events do not contribute to the spread of the pandemic and the impracticality of hosting such events at any time during the academic year given the ongoing decisions by other entities,” the NCAA said in statement.

The NCAA canceled championships in every spring sport, which includes hockey, baseball and lacrosse.

It all reached its final conclusion after Gobert tested positive for COVID-19 on Wednesday. Gobert’s teammate, Donovan Mitchell, was revealed to have contracted the virus on Thursday.

Back on Monday, Gobert spoke to Jazz reporters after practice about his current illness, which he believed was non-Coronavirus related. He punctuated his certainty of not having the virus by playfully touching all the reporters’ tape recorders sitting on the interview table.

But by Wednesday, Gobert’s symptoms worsened and a test revealed a positive finding of Coronavirus. That set off the chain reaction that led to the suspension of the entire league schedule. Not only does the sport, by its nature, create direct human contact, including sharing the very ball that gives the sport its name. Teams also share charter jets – the plane the Jazz flew on earlier this week with the infected Gobert was used by other teams before Wednesday’s shutdown.

“We are working closely with the CDC, Oklahoma and Utah state officials, and the NBA to monitor their health and determine the best path moving forward,” the Jazz said in a statement.

According to Adrian Wojnarowski of ESPN, NBA owners are encouraging commissioner Adam Silver to reevaluate the league’s suspension of play in 30 days. The NBA is expected to make a formal announcement on an initial timetable soon.