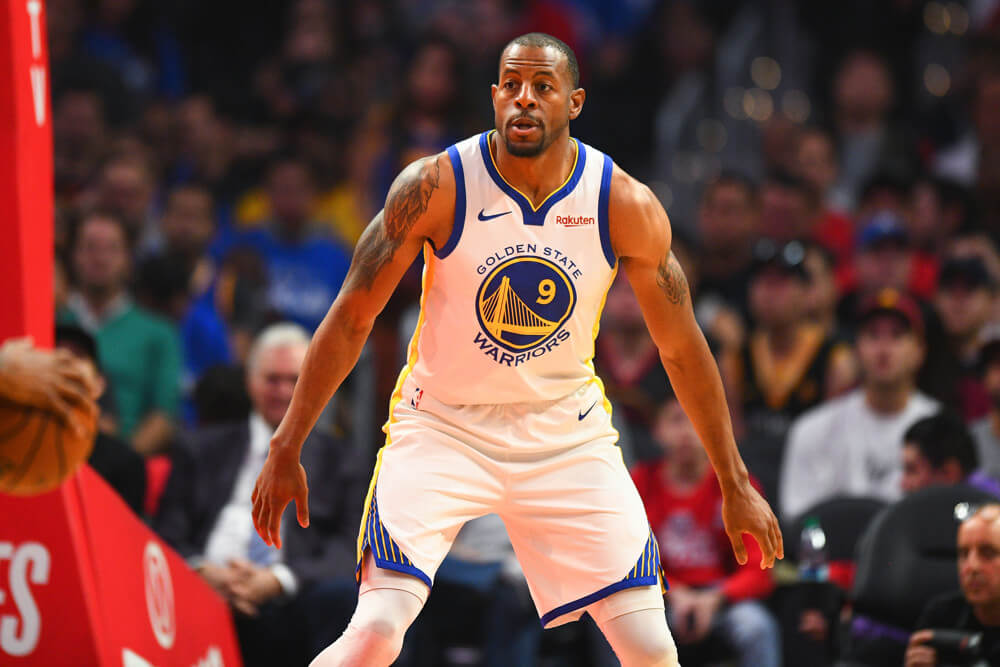 The LA Lakers opened the season taking a surprise defeat at the hands of the LA Clippers, despite having top talent like LeBron James, Anthony Davis and Avery Bradley.  That loss may have spooked someone upstairs at the Lakers, as there is talk that they might try to pick up Andre Iguodala from the Memphis Grizzlies.  Iguodala hasn’t suited up for the team this season and is reportedly now being courted by the Lakers if the Grizzlies can work out a lucrative trade deal.  This is just one of many trades, moves and rumors occurring around the NBA this week, as we look at our NBA Notes for Nov 7.

The Golden State Warriors, intent on putting D’Angelo Russell’s talents to good use, might actually begin to warm up to the idea that he could be traded for value.  This was reiterated by ESPN analyst Brian Windhorst, who stated, “If the Warriors decide to investigate the market, some league executives believe it’s not unreasonable to think the Warriors could get another first-round pick plus a quality role player for Russell, especially if they’re able to construct a deal where they take back salary.”  For now, though, no concrete plans have been mentioned, nor are they expected.

The Cleveland Cavaliers could also be looking to play musical chairs with its lineup, especially since the team has essentially written the current season off.  It’s now a contest to see how quickly it can put its accounting in order and make solid preparations for next year.  To do that, Kevin Love or Brandon Knight could be out the door.  Knight is an especially well-placed target, given that his $15.6-million salary is about to come to an end.

While some teams are looking to take players off the court permanently, others are hoping certain players get back on as soon as possible.  The Detroit Pistons have been without Blake Griffin all season because of soreness in the knee and hamstring, but the 6’9” power forward could be about ready to jump in.  In the latest news on Nov 7 he has been cleared to return by medical staff and might make a NBA appearance when the Pistons take on the Indiana Pacers tomorrow.  That could be a bonus, given that Pacers center Goga Bitadze is out due to a concussion.

Melvin Hunt may be suffering from Bobby Knight syndrome.  The assistant coach for the Atlanta Hawks was having a little pow-wow with players during a time-out Wednesday as the team was losing to the Chicago Bulls and he suddenly decided to throw a chair.  It barely missed hitting Trae Young, and the upper office probably wasn’t too happy with his method of stress relief.

From now until February 6, any team who signs a free agent shouldn’t make plans to move the player this season.  According to NBA rules, there is a three-month stay-at-home clause for free agents before they can legally be traded (the rule is more complicated, but that’s the gist of it).  However, the trade deadline is February 6.  The three-month rule trumps the deadline, so any new free agency contracts signed between now and next February can’t be used as springboards to negotiate other deals.

The NBA is trying to cut down on the possibility of shady trades, back-alley deals and other creative shuffles that run afoul of its definition of fair play.  In order to achieve this, it requires teams, players, agents and scouts to keep communications for a year, with the league being able to come in and audit five teams each year.

The NBA now says that it’s illegal for anyone to use messaging apps that have an auto-delete feature.  However, the fact that the messages are automatically deleted after read means that there isn’t a way to determine the contents of the message.  How it plans on enforcing this rule remains a mystery.