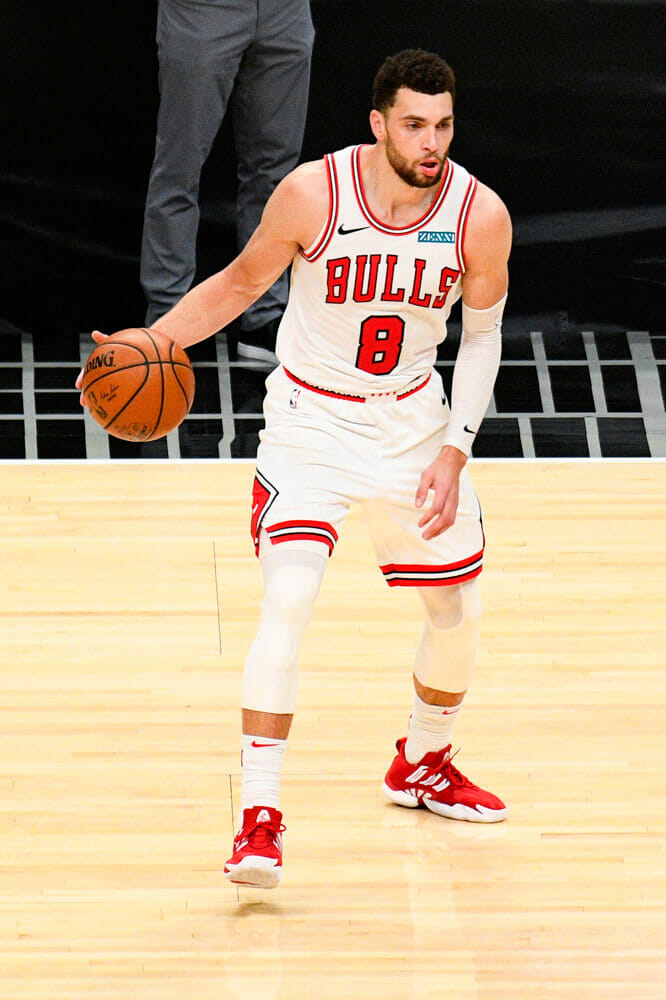 NBA Monday Too Hot To Handle

NBA Monday Too Hot To Handle

What better way to start the week than with some hot NBA games, full of points and great action. The season continues to push forward, but not without a few COVID-19 issues.  Still, Stephen Curry, LeBron James and the rest of the greats are giving fans a thrill.

A surprising result on Monday night as the Golden State Warriors rallied from 14 down in the fourth to beat the LA Lakers 115-113.  With a great performance by Curry, scoring 26 points, he seems to be a habit of fourth-quarter rallies against teams from Los Angeles, and he stated the following, “We kept our composure. The second unit was amazing in both halves, we got some momentum in the second half to give us a chance and carry us down the stretch. It was similar to the Clippers game. We’ve done it twice now, but want to get leads early.”

Early in the fourth, James’ 3-point gave the laker a 97-83 advantage before the Warrior fired back. He had the chance to win it at the end, but missed a 3-pointer at the buzzer. “I think we just had some tough breaks, some tough calls against us in the second half that slowed our pace down,” said James. Now, the Warriors will be hosting the Sacramento Kings on Wednesday and the Lakers begin a seven-game road trip on Thursday against the Milwaukee Bucks.

The combined skills of Kevin Durant and James Harden led the Brooklyn Nets to a thrilling win vs. Bucks, 125-123.  A contest full of points is what happens when you reunite two multi-time scoring champions, which makes us believe that Nets will be a tough opponent. Even when teams stop one superstar, another might be there waiting.

“This is what they do. They wake up, come to the game and they score 30. If you’re not aggressive and you’re not locked in against them, they’re going to score 50.” Giannis Antetokounmpo, who also gave a great effort, said after the game.  Durant finished with 30 points, nine rebounds and six assists to give the Nets their fourth straight victory.  On the other side, Milwaukee stopped its four-game winning streak even when Antetokounmpo got 34 points, 12 rebounds and seven assists.

The Memphis Grizzlies topped the Phoenix Suns 108-104 in a well-disputed match that found Ja Morant ending the night with 17 points and 10 assists. Morant assisted on Grayson Allen’s 3-pointer with only 1:06 left to give Memphis a 101-98 lead and then managed to score on a drive with 30.8 seconds left.  Brandon Clarke, who matched Morant’s 17 points was very happy with his teammate and stated, “Ja has a crazy good feel for the game, I feel like those first three quarters, he’s just kind of like watching the defense, watching us, seeing what the defense gives him. By the fourth quarter, he’s just kind of like already figured out everything with that, and he’s able to get in the paint, get his shot off, get his teammates shots.”

Now, the Suns will face the Rockets in Houston on Wednesday while the Grizzlies play the first of two games against the Trail Blazers in Portland.

R.J. Barrett managed to score 22 points and got 10 rebounds while Julius Randle added some extra 21 points and 17 rebounds to lead the New York Knicks to a win against the Orlando Magic, 91-84, on Monday.  Nikola Vucevic made his own contribution for Orlando by scoring 24 points and 14 rebounds, which lost its sixth in a row and fell to 6-8. Even if the 100-point score was not achieved on this match, the action and plays were fair enough and New York’s lead grew to 68-54 after Obi Toppin’s alley-oop jam one minute into the fourth.

The Chicago Bulls beat the Rockets 125-120 in a tight match.  The great effort and performance shown by Victor Oladipo in his Houston debut was not enough and the Bulls overcame all that with an on-fire Zach Levine scoring 33 points this last Monday.  He scored 9 points in the closing minutes of the third, helping Chicago to go to the final quarter with a lead of 93-86.

After knowing that he was trying hard and gave it all, Oladipo said, “Our better days are ahead of us, definitely. Off the fly, we kind of just went out there and winged it a little bit. Not very much time to prep. Our better days are ahead. Everyone, just stay patient, including us.” Oladipo definitely looked good in his first game for Houston, setting season highs with 32 points and 9 assists.  He also nailed a trip to cut the deficit to 114-111 with only 1:50 remaining, but LaVine fired back with a finger roll layup for Chicago.