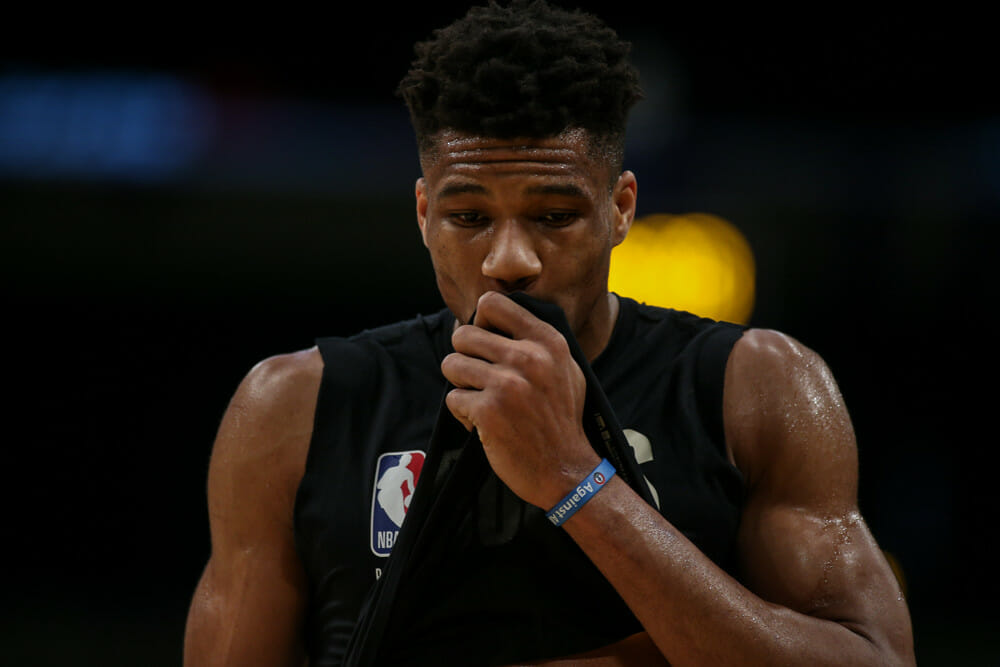 Here we go again, it’s that time of the year.  The basketball gods are stirring the pot again, so let’s see who ends up where this year.  In previous years, predicting the landing spots for the various stars and journeyman players in the NBA has been next to impossible.  Sometimes illogical becomes the order of the day.  As free agency trade in the league gets going, there’s a lot of talk and a lot of movement going on.

The NBA Free  Season Has Arrived

Last year it seemed like half the guys in the league became available when free agency time came around.  It a chaos of speculation for a while there, but the trades and acquisitions finally got done, and now here we are set to do it all over again.

It is hard to tell at first who really wants to move to another team, and who is bluffing in order to get more money or a better contract.  Take the case of the guy with the almost impossible name of Giannis Antetokounmpo, who has just won back-to-back MVP awards and is the hottest thing on the market this year.  But, is he on the market?  Antetokounmpo has had success with the Milwaukee Bucks and the club has offered him a lucrative contract with a five-year extension deal, but will he take it?

Up in Toronto the big question revolves around young Fred VanVleet, who has become one of the hottest players in the NBA coming in second behind Kawhi Leonard for NBA Finals MVP last season when he joined Stephen Curry, Chris Paul and Damian Lillard as the only players in the NBA to have put up 30+ points, 10+ assists and 8+ three point shots in a playoff game.

Fred VanVleet came off the bench in Game 6 of the 2019 NBA Finals to score a playoff career high of 22 points for the Raptors, including making five three-point shots, thus playing a key role in the Toronto Raptors winning their very first NBA Championship title in franchise history.  He’s is a pretty valuable guy to have around.   Now, the Raptors will have to wheel and deal in order to keep the young star out of Auburn on the Toronto Roster before the start of the new NBA season.

The Heat Look To Pick Up New Talent

Down in Miami, Heat president Pat Riley is playing his cards close to his chest saying that he just wants to take care of the players that he already has while leaving the door open in case the opportunity comes up to grab a superstar like Antetokounmpo or Paul George or even Leonard, all of whom may or may not become available for trade talks.

Riley told reporters, “Once we get all the numbers and we get everything down, we get the schedule, we know when the dates are, and what the rules are in everything, once we get all of that, we’re going to remain fluid.  And whatever presents itself to us, we’ll look at it.”  This makes it sound like the NBA has a long ways to go in order to get itself and its teams organized and ready for the 2020-21 basketball season.

Does Davis Keep The Lakers Jersey?

One of the most talked about moves last season was Anthony Davis leaving the New Orleans Pelicans and moving out to Los Angeles to join LeBron James on the Lakers squad.  Obviously, that was a good move since the Lakers were recently crowned NBA Champions.  But is Davis really going to stay with the Lakers?  It is difficult to think of a reason that he might want to leave LA, but its trading time in the NBA when anything can happen.

Like most every other sport being played these days, the COVID-19 pandemic has wreaked havoc with the NBA schedule as well.  The league wants to start regular season play on December 22; however, some players are not too happy about that date.