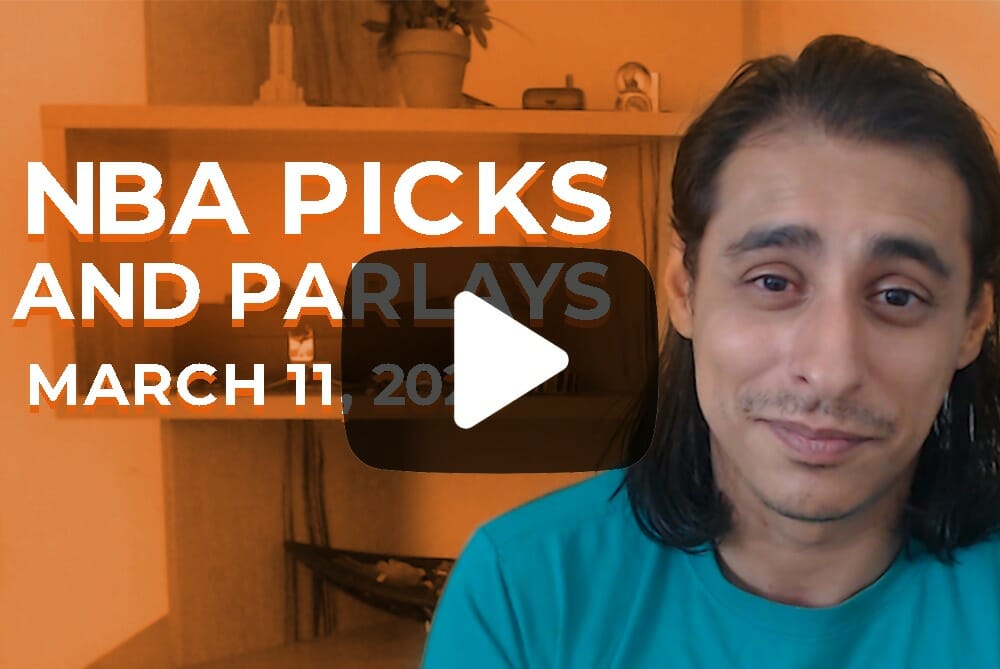 Hello Ladies and Gents! It’s time for another episode of Mad Matt’s Crazy NBA picks and parlays. Want to see if Matt can help you win a little extra cash? Click on the video below or read the transcript to see what’s hot and what’s not.

First, up on the schedule is the Boston Celtics heading into Indiana to face off against the Pacers with tipoff at 7 Eastern.  The Pacers opened as 1 point underdogs but that line was quickly bet up to 3 where it currently stands.  This is likely due to ongoing NBA injuries issues that Indy has been facing.

The Pacers have seen Malcolm Brogdon go down recently for an extended period and have not quite gotten Victor Oladipo back to 100%, maybe not even 75% if we’re honest.

Despite these health woes, the Pacers have really kicked it into high gear lately, winning 8 of their last 10 and looking for their 3rd straight after a tight victory in Dallas on Sunday, 112-109.

Tj Warren, Myles Turner and Victor Oladipo each scored 16 points while Sabonis led the team with 20 and 17 rebounds.

On the other side of the court, it’s worth noting the Celtics have been dealing with a rotating set of injuries as well.  Jaylen Brown has missed the last three games with a hamstring issue, Brown has already been ruled out tonight and the Celtics will continue to miss his 20.4 points per game to go along with his lockdown defense. It’s worth noting that in the last three games Brown has sat out, each has gone under the total.  Seems oddsmakers haven’t quite accounted for Brown’s lack of presence accurately yet.

I like the Pacers to continue their strong play tonight, despite a rough ATS record at home, and the cover as a 3 point home underdog.  Additionally, due to the mess of injuries these two teams are dealing with and considering they each possess such strong defenses, I will set this as of Tuesday’s parlay and add the UNDER 215.5 into the mix and double down on this early game.

Next, we head to Oakland where the Warriors will be hosting their in-state rival Los Angeles Clippers. The Warriors opened as 10.5 point dogs and we’ve seen that number been bet up to 11.5 as we near tipoff.

It would seem that Steph Curry didn’t get the handwashing memo going around the globe right now as the recently returned star has the flu.  Curry the dirt merchant is questionable for tonight’s game as of now, but with all the craziness about getting sick flying around, it makes sense for the Warriors to keep ole stink palm at home for this one.

Curry is not the only Warrior whose services will be missed tonight. Fellow start Draymond Green remains out, missing his 6th straight game due to knee soreness. Add to them Kevin Looney and it becomes clear that the Warriors are walking a tightrope tonight. Honestly, I am surprised this line is hanging at 11.5.

Even if Curry plays, he is far from the Top-5 player he could be as he works his way pack from injury.  That hand fracture pretty much robbed him of this season and has send the Warriors into a tailspin.  The Clippers are a strong defensive team and Curry will be on a strict minutes limit if he even does suit up.

All signs point to the Clippers as the pick tonight, with some books moving lines to 12 or 12.5 I think it’s best to jump on this before news breaks on Curry.  Either way I think the Clippers win easy, but if it announced he is out this line might go closer to 15.  So grab it now.

That is it for our NBA picks for March 10, but check back in tomorrow for more free NBA picks right here at SportsIntel.com