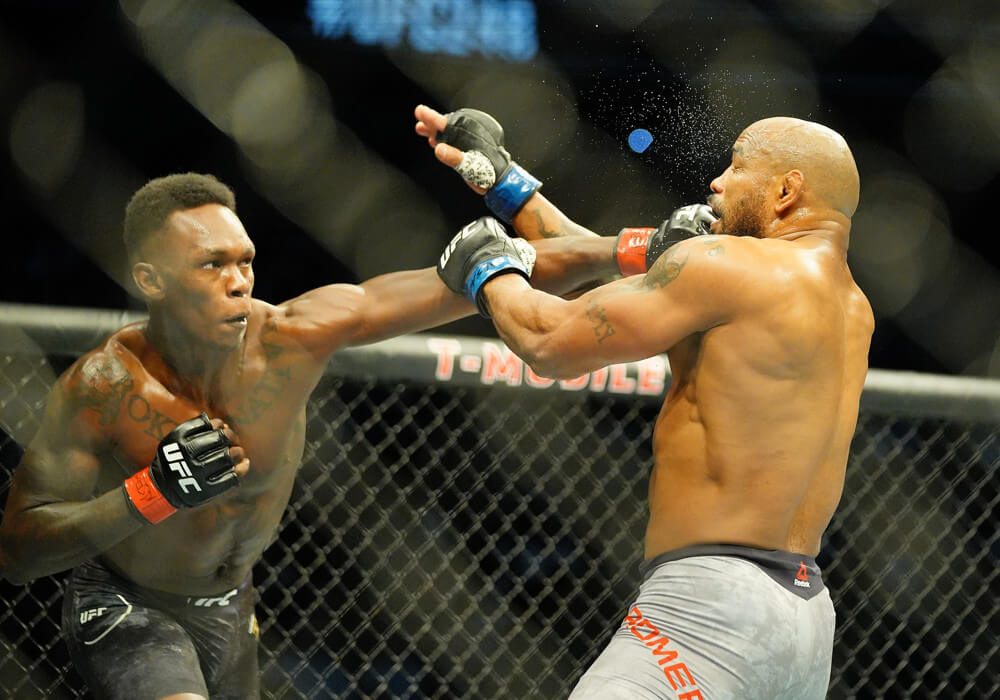 Ultimate Fighting hits a historic milestone on Saturday with UFC 250 in Jacksonville, Fla., with the headlining bout featuring Amanda Nunes (-590) putting her women’s featherweight championship on the line against Felicia Spencer (+450).

As UFC hits the quarter-millennium in cards, this 11-fight UFC 250 slate will be featured both on DraftKings’ daily fantasy and sportsbook platforms. And in conjunction with their contests and betting offerings, DraftKings is offering a pair of specials for Saturday’s fight card, which locks at 6 p.m. ET.

On Draftkings’ daily fantasy platform, the site is going to the mat with a $25-entry millionaire contest, with a $1 million first-place prize and $2.5 million in prizes overall.

Beginning Monday, new users on DraftKings can earn a complimentary $25 ticket with their first deposit on the site.

On DraftKings sportsbook, winnings will be boosted by 50 percent for each of the five main-card bouts, with a maximum of $100 in additional winnings.

Following opt-in, users will be issued with five single-use pre-fight profit boosts to use on each fight in the five-fight main UFC 250 event. Users are eligible for one boost per main card fight. Maximum bet is $50.

Users must select the boost from their betslip BEFORE placing bet(s) to apply the boosted price. The 50-percent boost will apply to the winnings, excluding the original wager. Promotion excludes live bets, parlays, free bets, cash-out bets, voided bets and odds boosts.

Eligible participants must be in New Jersey, West Virginia, Pennsylvania, Iowa or Indiana.

Nunes, also the reigning bantamweight champion, will be making her first defense of the featherweight belt since a 51-second knockout of Cris Cyborg to win the title in December 2018. She has made two successful bantamweight title defenses since that fight.