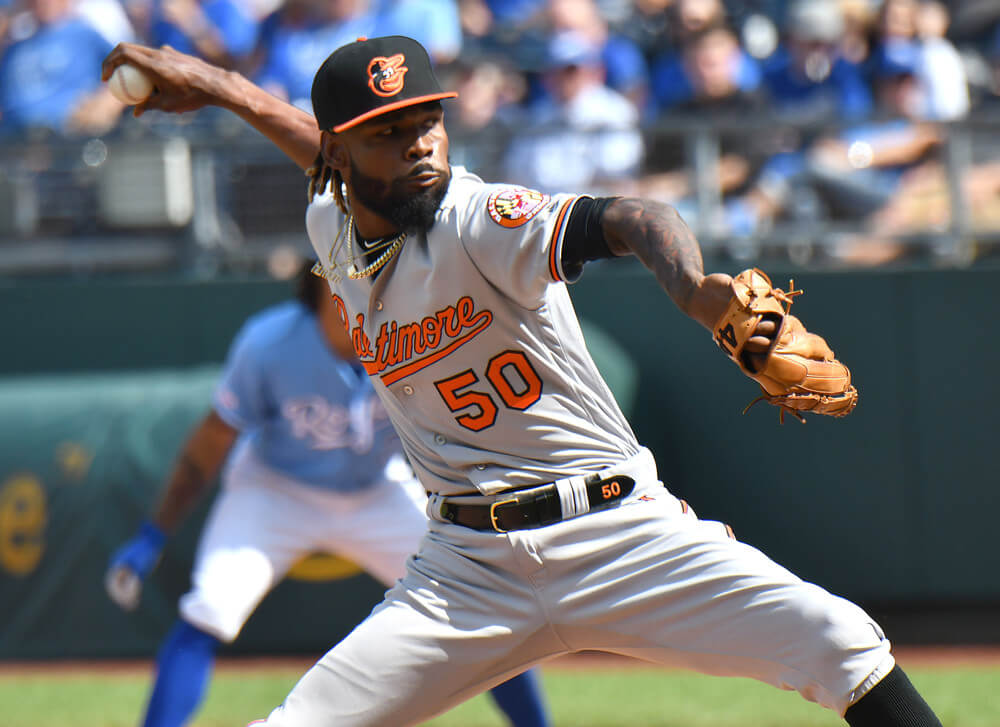 Miguel Castro, relief pitcher for the Baltimore Orioles should be feeling pretty lucky right now.  While visiting his home country of the Dominican Republic this week, he was attacked and robbed by two assailants who are still on the run.  That’s not the lucky part, of course.  During the robbery, Castro was threatened with a handgun that the perpetrator actually wanted to use on the MLB player.  When he tried to fire at point-blank range, though, the gun jammed.

Castro wrote about the robbery incident in an Instagram post, explaining that he was in the process of training baseball players when the incident took place.  Translated from his Spanish post, he stated, “Thank God that their gun got jammed.  I’m alive by the mercy of God.

“This has to stop. They took my chain and they wanted to kill me. It’s unbelievable, I was at a training field trying to help those who want to make it to the big leagues and these two guys jumped on me to take my chain with also the intention of putting a bullet in me. This has to stop.”

The 25-year-old pitcher has been with the Orioles since 2017 after spending one year with the Toronto Blue Jays and two years with the Colorado Rockies.  At the time, in 2015, he was the youngest pitcher to play for the Blue Jays, a stat he only kept for two days.  Last season, with the Orioles, he saw the mound in 65 games and completed the year with a 4.66 ERA across just over 73 innings.

In a bilingual tweet from the Orioles, Executive VP and GM Mike Elias said that the team had been in contact with Castro regarding the robbery and that the team was “thankful that he is safe.”

Castro isn’t the only athlete to have been targeted in the Dominican Republic in recent times.  In June of last year, David Ortiz, the former Red Sox player, was shot in the back outside a club.  Also a native of the country like Castro, Ortiz’s injuries were severe, but not life-threatening and he is still undergoing rehabilitation after doctors were forced to remove his gallbladder and part of his intestine.

In 2014, Oscar Taveras died after a car accident in the country.  Taveras, who had been with the St. Louis Cardinals until shortly before his death, was traveling with his girlfriend, Edilia Arvelo, on a freeway when his car left the road and hit a tree.  At the time, speed was listed as a factor in the accident, and there were reports that he had been possibly trying to evade thieves at the time of the incident.  It was also stated that his blood-alcohol level was six times the legal limit.

Two years earlier, long-time baseball All-Star, and Dominican Republic native, Pascual Pérez was killed during an altercation in the country.  According to reports from the time, he was found dead in the bedroom of his home.  He had suffered repeated blows to the head with a hammer, as well as stab wounds to his neck, in what was described as an apparent robbery.