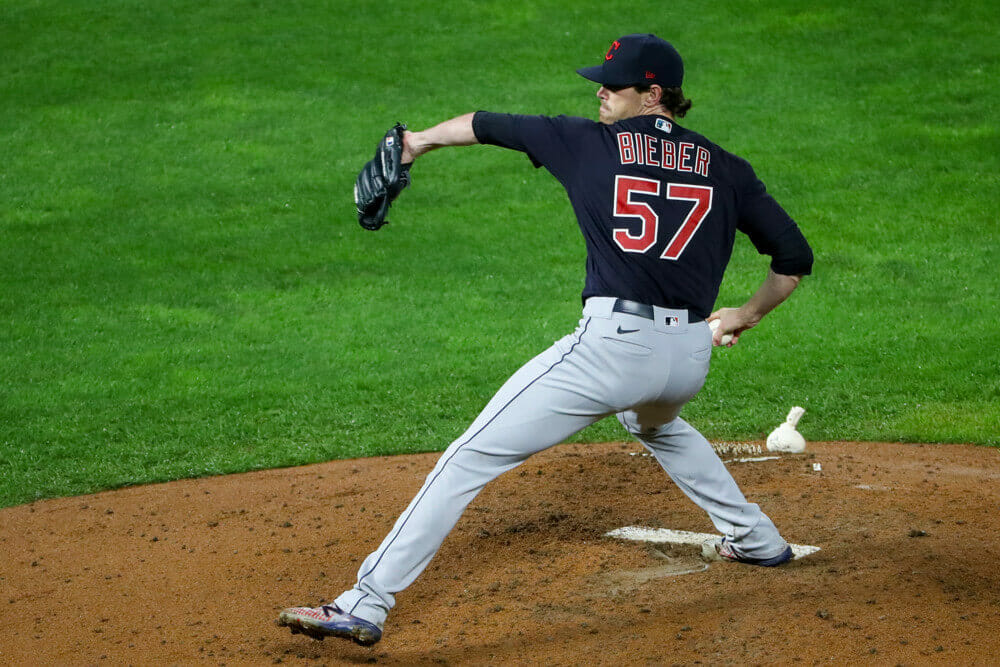 MLB’s annual Cy Young Awards turned out to be sort of a love story in 2020.  Well, a good soap opera plot, anyway.  It was one of those announcements that made almost everyone happy, except for the pitchers who came in second and third.

At one point, the Cleveland Indians had both Shane Bieber and Trevor Bauer on their rotation roster at the same time.  Imagine that.  The two young pitchers had adjacent lockers and loved to talk about baseball in general and pitching in particular.  Then, someone in the Indians front office decided it would be a good idea to trade Bauer to the Cincinnati Reds last year.  That might be a move he is regretting still today.

Bieber and Bauer became friends and bonded over pitching during their time together with Cleveland and naturally stayed in touch after Bauer moved to Cincinnati.  They were still at least in the same state, and shortly before the season got underway, Bieber got a text from Bauer, informing him that the two right-handed pitchers had the same odds posted by Las Vegas odds makers to win the 2020 Cy Young Awards for the National and American Leagues.  Bieber replied, “Why don’t we go 2 for 2?”

They both got a laugh out of that and thought it was a cool idea, but, even with the abbreviated season, there was a lot of baseball to be played before the season came to an end and a lot can happen during that time.  Anyway, they couldn’t both win Cy Young Awards, could they?  What would be the odds on that prop?

As long as the odds may have been, it happened yesterday evening when first Bieber was announced as the unanimous winner of the 2020 Cy Young Award for the American League and, shortly after that, Bauer had the honor of being the first pitcher in the history of the Reds baseball club, the oldest franchise in the majors, to win the coveted Cy Young award for the National League.

After the ceremonies, Bieber said about his friend and colleague, “Nobody’s more deserving of it than him and he knows what he wants and he knows how to go out and get it.  And we keep in touch.  I was truly pulling for him and you know, so is my family.  And I know he feels the same way, so it’s special.”

Later, Bauer spoke to sports reporters about his buddy, “We’ve had a close relationship since then.  I think he’s one of the best human beings that I’ve had the pleasure of meeting in professional baseball.”

Only twice before in MLB history have two former teammates won Cy Young Awards in the same season.  They were Greg Maddux and Dennis Eckersley in 1992, and Max Scherzer and Rick Porcello in 2016.  These are some pretty special names in the baseball world and pretty heady company for Bauer and Bieber.

So, these two great pitchers, both from California, both ending up in Ohio, will be recorded in the history books now and sports announcers will tell their tale for years to come.

As for what comes next, that remains to be seen.  Bauer is a free agent now and turned down an offer from the Reds.  However, as he puts it, “I haven’t thought about free agency very much yet, to be honest.  I have had a lot of stuff that I’ve been doing trying to get my offseason underway, trying to get better at baseball.”  Where Bauer goes from here will remain a mystery for a little while longer.