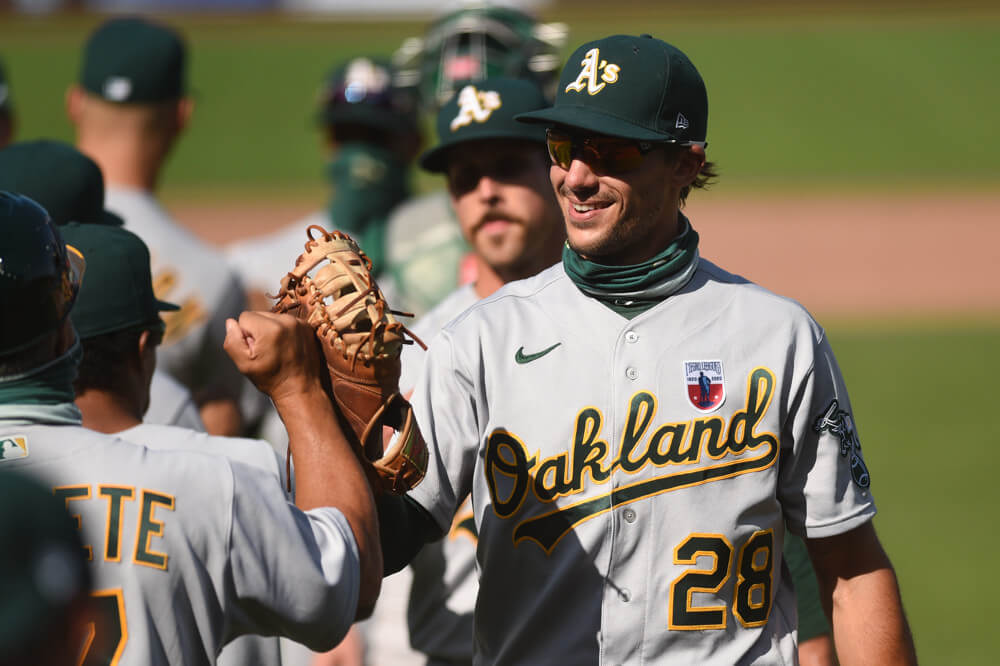 Thursday’s MLB betting slate on Aug 20 is full of value and Matt has a pair of plus money picks to pad your pockets.

The Angles are hoping to bounce back tonight against the Giants who have taken games two and three in these four games series.

Los Angeles has been outscored 15-4 in those two games and will look for their offense to wake up after scoring six runs in the series opener.

The Halos are now 8-17 on the season and a troubling 3-8 on the road. The Giants are not faring much better on the year, with last night’s win putting them at 10-16 with a 4-6 record at Oracle Park.

Despite last night’s 7-2 loss, the Angles will be starting another left-hander against the Giants lineup.  Tonight the ball will be in the hands of Jose Suarez who will be making his first appearance of the season in the bigs.  Last season in LA, Suarez was 2-6 with a 7.11 ERA in 15 total starts.  Seems the Angels want to give him another go around but I just don’t see Suarez doing much better than his 2019 numbers.

Kevin Gausman is matching up against Suarez on the hill Thursday.  Gausman is 0-1 with a 4.21 ERA on the year and also inspires little confidence with the ball in his hands. In his most recent start, Gausman gave up three runs in 5⅔ frames and is 2-3 with a 5.15 ERA against the Angels.

We will be fading both of these pitchers tonight and focus out bet on the total.

The reason for this pick is that the Angels have hit the over in six MLB games in a row while the Giants have gone over in their last five games, and I expect the same on Aug 20.  Three of those games have been against each other and with better arms on the mound.

While Gausman could spin a decent game, I expect a short night for Suarez.

The A’s, like the Angles, will be looking to bounce back on Thursday after the D-Backs snapped a six-game win streak Wednesday night.

Starting a new win streak tonight might be an uphill battle with struggling Sean Manaea on the rubber.  Currently, the 28-year-old southpaw is 0-2 with an unsightly 7.65 ERA and 1.60 WHIP.  In his last three starts, Manaea has seen the total surpass double-digit runs and has twice failed to pitch out of the third inning. He’s allowed at least three runs in each start and at least four in all but one.  Manaea’s spits at night are even worse, with a 9.58 ERA and .404 BAA in three evening matches.

Making matters worse, the Diamondbacks hit lefties to the tune of .270 with a strikeout rate below 20%.  This is not a powerful offense, but they can easily small ball Manaea to death tonight.

Meanwhile, Alex Young gets the nod for Arizona, making just his second start of the season.  He was a bullpen option but made a spot start last week, giving up just one run in 4 ⅓ innings of work. That was good enough to earn him a second go around in the rotation.

I wouldn’t expect Young to go deep into this game as he tossed just 63 pitches in his last game and was not pulled due to performance.

Manaea is also unlikely to stick around based on just how awful he has been lately.

That leaves us with a second-half bullpen game and these bullpens leave a bit to be desired.  The Arizona pen allows a lot of hard contact and lacks the strikeout numbers most squads rely on.  The A’s pen is not that bad but has been busy of late and might be relied on to pitch five innings tonight.

Much like the previous MLB game on Aug 20, I am betting against the pitchers here with this pick and looking for another double-digit disaster from Manaea.