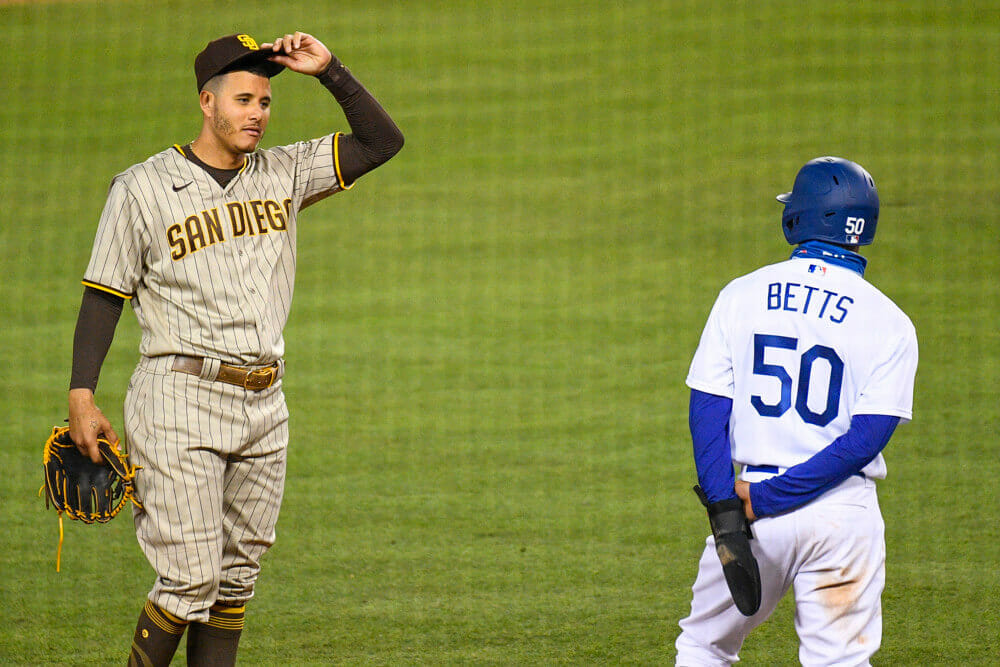 The World Series is over.  The LA Dodgers finally won a World Series Championship for the first time since 1988 after the season was shortened and the dates were scrambled.  However, it was a pretty good MLB season after all.

Sports fans were mighty glad when baseball games finally did come on their TV sets after a long, long sports drought.  The only thing left of baseball this year are the MLB Awards, one of the highlights each year, and several finalists for this year’s awards were just announced.

Time For the MLB Postseason Festivities

Some players will play their entire careers and never even enter the awards conversation, and still be considered good baseball players.  Other guys are there year after year, almost automatic.  Mookie Betts, who just won a World Series with the Dodgers, could actually become only the second player to win an MVP award in each league.  The New York Mets have their ace Jacob deGrom up for what would be his third consecutive National League Cy Young Award.

Betts won the AL MVP Award with the Boston Red Sox back in 2018.  Frankie Robinson was the only player ever to win an MVP award in both the National and American leagues in 1961 with Cincinnati and then in 1966 with Baltimore.  Not exactly an easy thing to do.

By the time conversation about MVP Awards in MLB comes up, we are talking about some exceptionally gifted players and the competition takes on a rarified air about it.  Talk about a “League of Champions;” just think about some of the very special players that did not make the list.

Then Jacob DeGrom is paused to make history as he could be joining up with the likes of Greg Maddux and the great Randy Johnson who were the only pitchers ever to win at least three consecutive Cy Young Awards.

Over on the American League side, the AL Cy Young Award is between the Twins Kenta Maeda and Hyun Jin Ryu of the Toronto Blue Jays, both of whom were on the Dodgers team not so long ago.  Of course, Bieber is the big favorite.  He went 8-1 with an ERA of 1.63 and 122 Ks in 77 innings to lead the majors in wins, ERA and strikeouts for 2020.

Bieber joined Minnesota Twins right-hander Kenta Maeda and Toronto Blue Jays left-hander Hyun Jin Ryu as finalists for the AL Cy Young Award.  Bieber is the heavy favorite after the 25-year-old right-hander went 8-1 with a 1.63 ERA and 122 strikeouts in 77⅓ innings, leading the majors in wins, ERA and strikeouts.

The San Diego Padres have a guy named Manny Machado, who is a serious contender for the NL MVP Award this year hitting a nice .304 with 16 home runs and 47 runs batted in.  He will be in competition with Mookie Betts along with Freddie Freeman of the Atlanta Braves who batted .341 with 13 homers and 53 RBIs.

For the AL MVP Award, we have New York Yankees leadoff man DJ LeMahieu along with Chicago White Sox first baseman Jose Abreu and from the Cleveland Indians, infielder Jose Ramirez, any one of whom could be the winners.

Actual voting for the post season awards, known as the BBWAA Awards, was already done before the start of postseason play.  The winners will be announced next week.