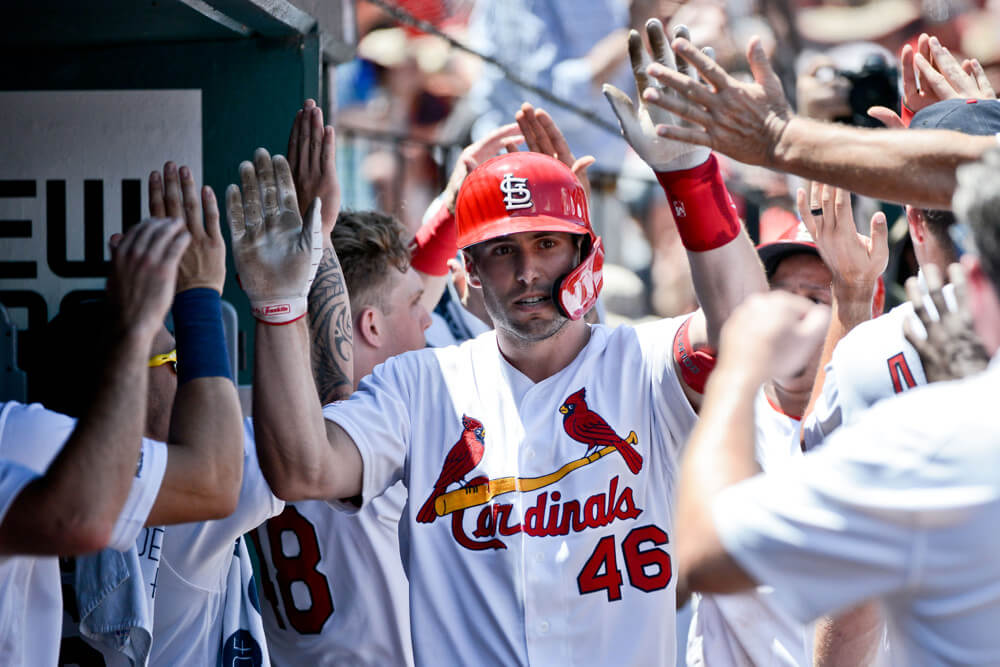 Baseball is back! We think. Each day, SportsIntel’s Matt DeSaro will take a look at two of the 30 teams in Major League Baseball as we head toward MLB Opening Day in late July and we continue today in the NL Central with the St Louis Cardinals.

The Cardinals are coming off a wildly successful 2019 season in which they exceeded expectations across the board.  They won 91 games, beat out the Cubs and Brewers to hoist the National League Central crown and made it all the way to the NLCS.  They head into 2020 with just one major goal.  To repeat as NL Central champions.

Not only did the Cardinals do well for themselves in 2019, but they were also one of the most profitable teams for sports bettors.  They went 88-74 ATS, good for a +312 profit and even better on the ML, earning a total +664 profit on the season.

While the Cardinals did little to improve their position from last year, and have arguably gotten worse, the same can be said for both the Cubs and Brewers so the door the NL Central is still open.

The departure of Marcell Ozuna was the big news of the offseason.  Losing one of their best bats and doing nothing in the follow up to replace him might just be the biggest mistake the Cards make in 2020.  You see, the major factor in the Nationals sweep of the Cardinals in the NLCS was Washington’s pitching completely silencing the opposing hitters.  The Nats totally exposed the Cardinals offense, who totaled just six runs in the entire series.

Now the Cardinals lose the Big Bear, along with Jose Martinez who was another offensive asset, with nothing to show for it.  Due to this, they will really need 2018’s big offseason signing, Paul Goldschmidt, to play up to his contract. Along with Matt Carpenter, these two vets could bring the Cardinals back to the NLCS in 2020.

What Do The Cardinals Do Well?

It’s quite obvious that the best thing the Cardinals have going for them heading into the opening day of MLB is their starting pitchers.  This goes double for Jack Flaherty, who last year went 11-8, 2.75 in a breakout season that saw him pitch like a true ace.  Those numbers don’t reflect just how dominant he was in the second half of the season after the 24-year old settled into his role atop the rotation.  After the All-Star break, Flaherty was nearly untouchable, going 7-2 with a 0.91 ERA and 124 strikeouts in 15 appearances. The Cardinals will be leaning on him again this year and hope that he can build upon that historic second half.

Another exciting story coming from the Cardinals pitching staff is the addition of Korean veteran Kim-Kwang Hyun.  A 31-year old Korean League legend, his previous two seasons saw him post a 28-14 record with a 2.75ERA in 326 ⅓ innings pitched.  Sure, we all know that international players have had wildly varying degrees of success when coming to the major leagues.  But KK, as his teammates refer to him, seems to have the tools required to continue his dominance in the bigs. While his short-term value could go both ways, his long term appeal is undeniable.

Carlos Martinez and Adam Wainwright bring a solid veteran presence to the rotation along with the ability to eat innings.  Wainwright might be playing his last season with the Cardinals, but even at 38 years old, is an asset while healthy.  Martinez, who has proven skills both as a starter and a closer, will be fighting to earn a spot in the opening day rotation.  But no matter where he plays if he plays well it will be a big difference-maker.

While the Cardinals rotation seems to be sorted out, their offensive options are slim to none heading into 2020.  Not to say they have nothing of course.  Both Paul Goldshmidt and Kolten Wong have All-Star seasons in them.  But each saw their fair share of struggles last year and could see some lingering effects to start the season.

Make no mistake, the loss of Ozuna might be one of the biggest single blows to a team this offseason.  Even with him, the Cardinals were an offense performing in the bottom ⅓ of the National League.  While they have some promising talent coming into camp, as of now, their lineup is average at best.

While management has done a lot to sidestep the issue, claiming that the Cardinals would again rely on pitching a defense to win as we head towards opening day, the facts are clear.  Baseball teams who don’t hit don’t win championships and the Cardinals are one such team. Let us again remember the ALCS series against the Nationals. How Washington exposed the Cardinals offense and made them look weak.

I struggle to see a world where the 2020 bats could in any way do better than last year and wonder if they end up falling all the way back to third place in the division when all is said and done.

As we countdown to the MLB opening day I am always hesitant to trust betting on MLB teams forced to rely too heavily on defense, and this is the case with the Cardinals.  It’s a nice idea sure, and you do need a defense to win at any level of professional sports.  But it’s not enough on its own.  And while the Cardinals do have weapons on offense, they just don’t have enough.  And forget about if one of those offensive weapons gets hurt or struggles again.

In an ideal world, of course, none of that would happen.

Paul Goldschmidt will return to form and perhaps even earn some MVP votes for his effort.  Jack Flaherty would play a whole season at the level he did over his last 15 starts and end the year as a top-10 pitcher.  Hyun and Martinez would provide value in the middle of the rotation and Gallegos would be lights out as a closer.  Each player would play their role to a tee.

But as we all know things never go to plan and we can expect a few letdowns for the Cardinals.

When factoring in the losses of Ozuna, Martinez, Cingrini, and Wacha I just don’t see where the Cardinals make up those games.  We can all agree they vastly overachieved last year and won 91 games.  So, let’s assume they have a season closer to their statistical norms and consider if this team is capable of winning 89 games with such output.

This is a team that was due for a natural regression and lost valuable weapons both at the plate and on the mound.  They did nothing to replace those players in the offseason and instead will rely on unproven talent to get them by.  There are just too many question marks and uncertainties for me to feel confident that this team can shock the league and again get to 35 victories with 30-win talent.