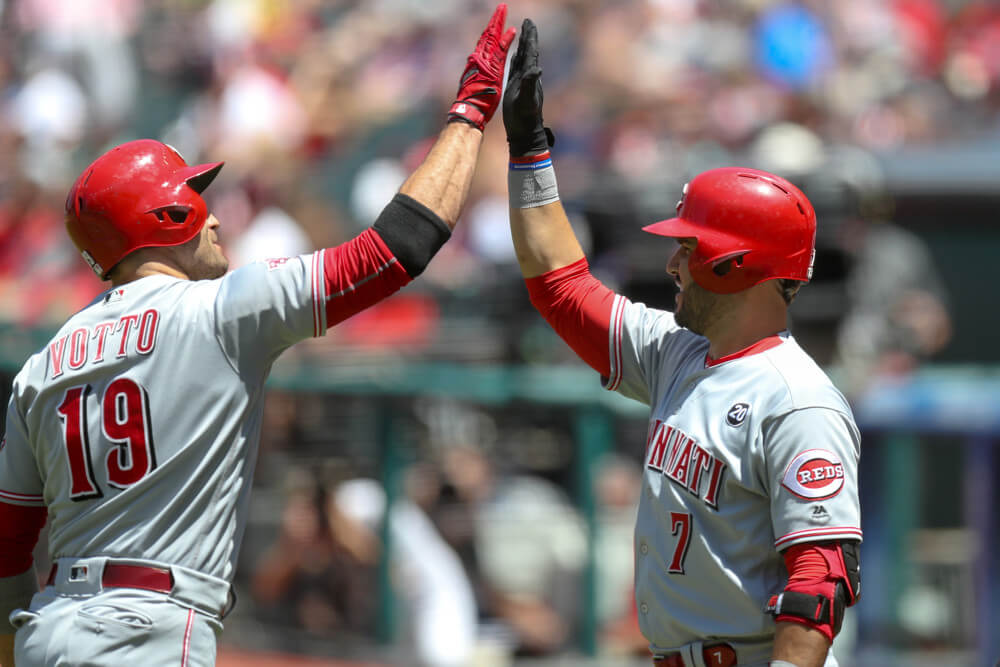 Baseball is back! We think. Each day, SportsIntel’s Matt DeSaro will take a look at two of the 30 teams in Major League Baseball as we head toward MLB Opening Day in late July and we begin our look at the National League Central with the Cincinnati Reds.

The Cincinnati continued their losing tradition in 2019 with their sixth straight losing season in the books.  They finished 75-87 which was good enough for fourth place in the National League Central.  They did end a four-year streak of losing 90 games, but that’s about all there was to celebrate in Cincinnati last year.

But the Reds might actually make the playoffs for just the fourth time in the last 25 years this season.

President of baseball operations, Dick Williams promised to contend in 2020 and has a record high payroll projected at $128M to back up that claim.  They dropped some serious dime to bring Japanese outfielder Shogo Akiyama to take over in centerfield.  The five-time Pacific League All-Star will be backed up in the order by new big bats Nick Castellanos and Mike Moustakas.  This trio will really help to beef up the middle of Cincy’s lineup and help bull them out of the NL Central basement.  This offense should be a big step up from the group that ranked 24th in the Majors in both runs & RBIs.  If they can stay healthy, this team might turn some heads in the coming months.

What Do The Reds Do Well?

The Reds have done a very good job in the offseason building the most well-rounded team Cincinnati has had for MLB opening day, since Dusty Baker was manager.  The front office really did a great job filling in the many gaps that were problematic last year.

The additions of Moustakas and Castellanos bring the 13the and 10th highest ranked free agents that were on the market.  The Reds are really hoping that Castellanos is on the verge of a breakout season as his metrics suggest he could flirt with 40 home runs and 100 RBIs.  The pair will help anchor a batting order which boasts the likes of Joey Votto and Eugenio Suarez.

Cincinnati also did a good job of bringing in some talented arms to complement their 2019 acquisitions.  The only notable additions to the pitching staff were Wade Miley and Pedro Strop, but they are each strong veterans who will play important roles in 2020.

The starting rotation boasts a number of very intriguing players with Luis Castillo, Sonny Gray, and Trevor Bauer.  They also have depth at the back end of the order with Anthony DeSclafani and Tyler Mahle fighting for the fifth starter spot.  This gives the Reds’ rotation a total of five All-Star appearances between them which is a lot more than be said for any Cincinnati team in recent memory.

The bullpen is pretty solid too, led by closer Raisel Iglesias, one of the best ninth-inning options in the league right now.  The core relievers will likely be Michale Lorenzen, Robert Stephenson, Amir Garrett, and the newly acquired Strop.

The Red’s issues last season were again highlighted by their dreadful offense.  Their pitching staff actually ranked with and ERA and seventh in saves.  But were let down by little to no action at the plate.

While the Reds did do a good job of bringing bats on board, I still worry about some of the guys who underperformed last year.  Nobody tics that box for me more than Joey Votto.  Votto saw his regression continue yet again last year after stringing together a few MVP quality campaigns for the Reds earlier in the 2010s.  The Reds seem content to keep him at the heart of the order.  But is that the right move?  It’s a tough call.  Votto has a high salary and is virtually untradeable right now.  So, what other choices to the Reds really have?

The Reds are also a little light at the SS position with Freddy Galves their projected MLB opening day starter and not much to back him up.  Cincinnati tried to lure Didi Gregorius back but was ultimately unsuccessful in nabbing him or any other FA shortstop.  Galves himself is not the issue, it’s their lack of a Plan B.  This might be a problem that rears its head sooner than later as Galves has yet to play this spring as he is dealing with shoulder issues.