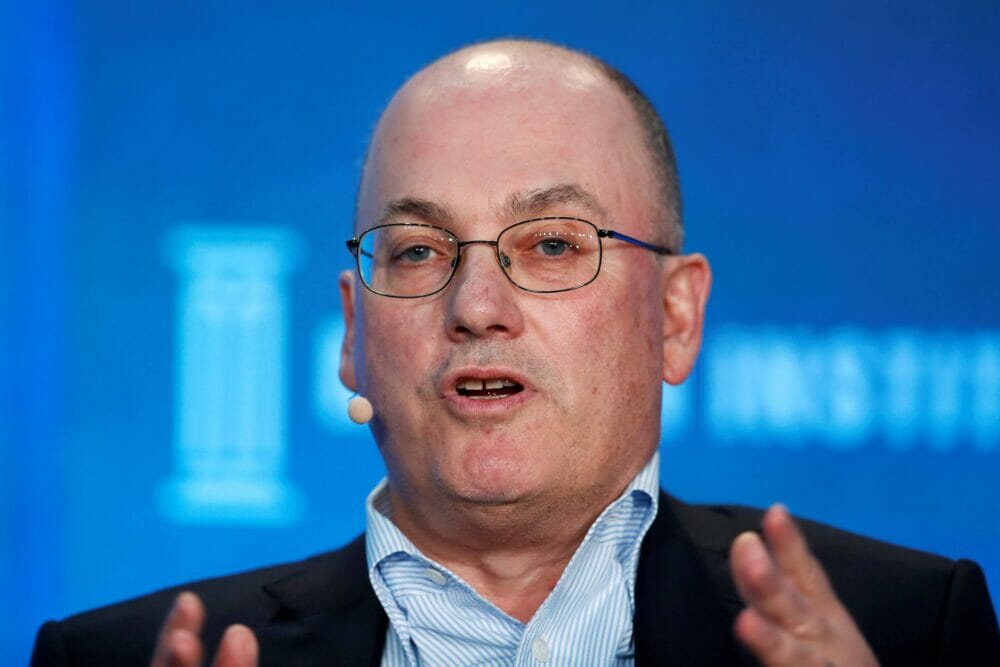 Cohen Ever Closer To Mets Ownership

Cohen Ever Closer To Mets Ownership

Steve Cohen grew up a Mets fan.  Even before he had money, before the Mets were any good, Cohen loved the Mets.  He finally became a minority owner of his beloved Mets in 2012, purchasing an 8% stake in the New York MLB team.  Since that time, Cohen has had his eye on a majority controlling interest in the Mets.  He’s now only steps away from realizing his dream.

Cohen Set To Own The Mets

Buying even an 8% stake in an MLB team takes a lot of money.  These guys buy and trade at a level that leaves most of us trying to figure out what they are talking about – even the terminology is different.  Such a group met in August and September, 2020, and such an agreement was made when Cohen entered into exclusive negotiations with Fred Wilpon and Saul Katz, the owners of the Mets, with an eye towards Cohen purchasing majority controlling interest in the organization.

The reported purchase price is reported to have been $2.475 billion but the deal is still on hold pending the approval of MLB’s Ownership Committee which has since voted to approve the deal with Steve Cohen by a vote of 7-1.

Cohen must maneuver an approval from the MLB Executive Committee which consists of eight club owners and then get the final permission from the full ownership group where he must receive 23 of the 30 votes for approval.  Actually, he will only need 22 votes, as he already has the Mets vote in his pocket.

The hedge fund billionaire must truly be one of the world’s greatest Mets fans to go through all that and then come up with the almost $2.5-billion price tag.  However, there is no need to worry about Cohen going broke, as his current wealth is estimated to be between $13 and $14 billion.  So, while not exactly pocket change, dropping $2.5 billion is not going to be causing him any hardships.

Cohen was been called the “hedge fund king” in an article which appeared in the Wall Street Journal back in 2006.  A year earlier, his annual compensation was reported to be a cool billion dollars.  While he’s had to deal with some financial instability in the past, he has bounced back, stronger than before.

Just recently, the MLB Ownership Committee gave their approval to the transaction and sell Cohen majority control of the New York Mets.  Final approval is said to be due in November 2020.  So, the little kid who was a big Mets fan will end up owning the baseball club.  Just what he is going to do with it, what changes he will make, remains to be seen.

There’s More To Life Than Baseball

But life is not all baseball for Cohen.   Aside from being an avid and tasteful art collector, he and his wife, Alexandra, have formed a foundation which donates to projects such as health, education, arts and culture in the New York community.  They also provided funding for the Langone Center at New York University for the study of post-traumatic stress and traumatic brain injuries.  Which is something that Cohen may get the chance to see firsthand if he sticks around professional sports long  enough.

In addition to various generous contributions to the arts, including funding for the New York Museum of Modern Art.  So much so that the museum has named one of their larger galleries the “Steven and Alexandra Cohen Center for Special Exhibitions.”

But Cohen still finds the time to be the number-one Mets fan.  He already has plans in effect for the day that he takes over having announced that he will hire former general manager Sandy Alderson as team president.  No one knows what other moves Cohen plans to make in the Mets organization, but, with his billions of dollars available, the Mets will not be short of funding any time soon.