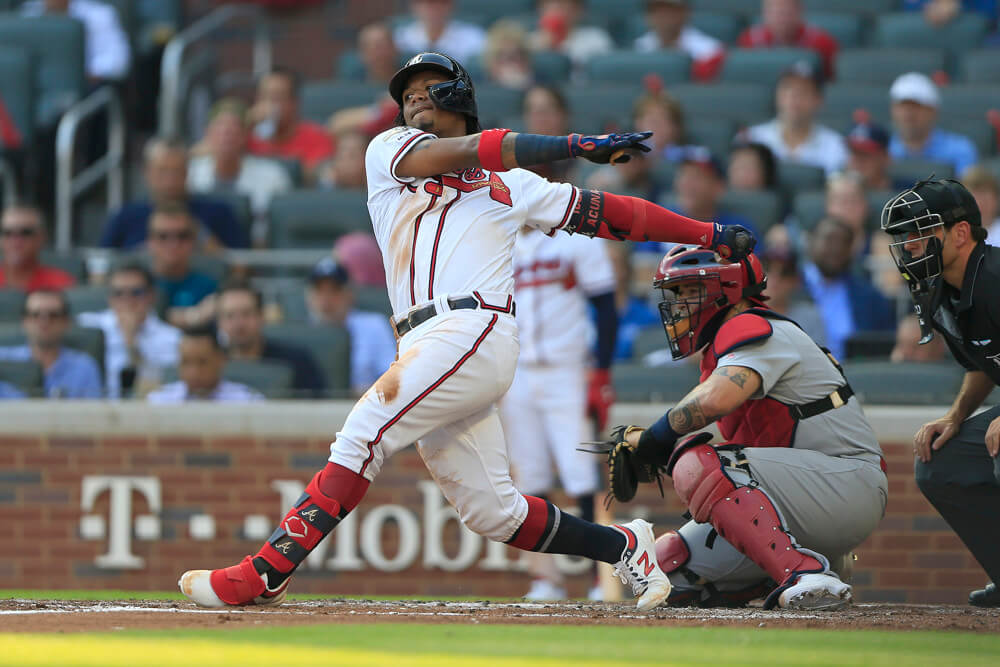 What in the world did the Atlanta Braves eat? In a game against the Miami Marlins yesterday, they pulled out a victory from far-left field that no one could have expected. The score is almost too embarrassing to mention but, since it set a franchise record, set a National League record and almost broke an MLB record, this 29-9 win deserves some type of recognition.

The Braves Find The Secret Sauce

The famous baseball writer Roger Angell, who will turn 100 next week, wrote a classic book in 2004 called “The Summer Game,” in which he describes his beloved sport and says, “Since baseball time is measured only in outs, all you have to do is succeed utterly; keep hitting, keep the rally alive, and you have defeated time. You remain forever young. Sitting in the stands, we sense this, if only dimly. The players below us — Mays, DiMaggio, Ruth, Snodgrass — swim and blur in memory, the ball floats over to Terry Turner, and the end of this game may never come.”

The Braves were determined to defeat the Marlins, and they were able to score 29 runs in one game. That’s not a misprint. The Braves challenged their modern club record, in place since 1900, for runs in a contest and just missed the Texas Rangers’ achievement of 30 runs, obtained in 2007 in a 30-0 victory over the Baltimore Orioles. While not considered part of baseball’s “Modern Era,” the Chicago Colts reportedly scored 36 runs in a game, but that was all the way back in 1897, prior to official record-keeping.

The difference in that game was that the Rangers were the visiting team and batted nine times, scoring six runs in the ninth inning. This time, the Braves played at home and batted only eight times. If it’s any consolation, the Marlins were able to put nine runs on the board; however, it was also the largest margin of loss in the club’s history.

Braves Bring Their A Game

Ronald Acuna Jr. had a very good game.  He ended up with nice numbers – 4 4 3 5 – and added three walks, getting on base six times. Freddie Freeman was up there, as well, driving in six runs. However, by anyone’s standards, neither player had the best game of the night.

The guy who deserves the most recognition is Adam Duvall, who went 3-for-4 with two walks, three home runs, a grand slam and nine RBIs. He did so well that he equaled Tony Cloninger’s club record for RBIs in a game. If we compare the two players, Cloninger, a pitcher, hit two big slams in a game back in 1966, while Duvall scored three home runs in a single game for the second time this season.

With this, Duvall became the first National League player with two three-homer contests in a season since Albert Pujols in 2006. He is also the first player in the Braves history to achieve the feat. The only player to have three three-homer games in a season is retired right fielder Sammy Sosa.

The National League Will Never Be The Same

The achievement is just the fourth for any MLB team to reach at least 29 runs, and is the first time a National League team went that far. In addition to the Rangers, the Boston Red Sox did it in 1950 and the Chicago White Sox did it in 1955.