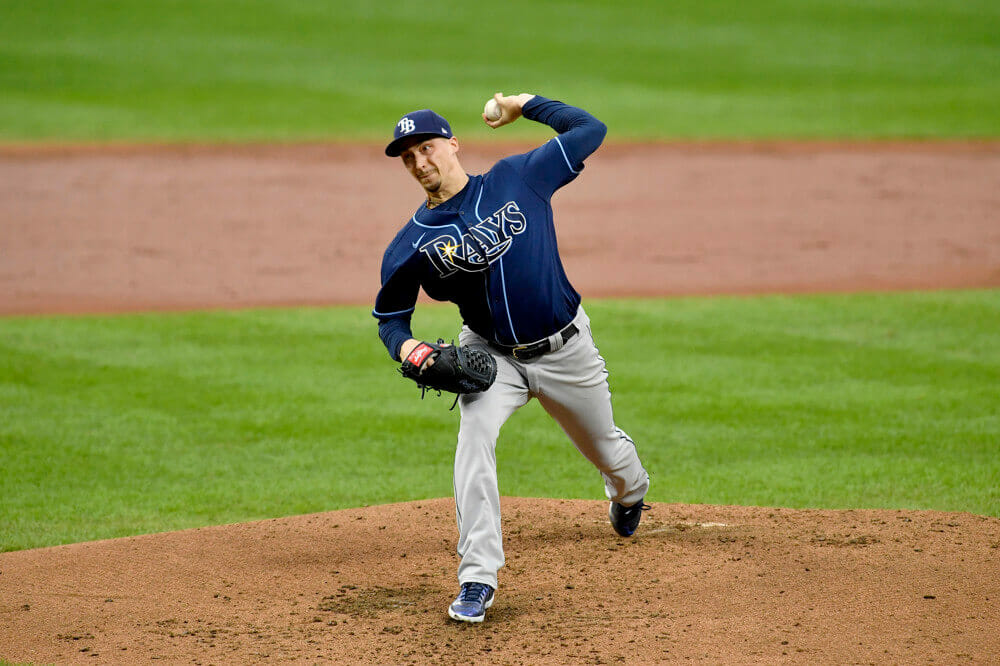 2020 World Series: Snell Gets Rays Back In Play

2020 World Series: Snell Gets Rays Back In Play

During and after the first game of the 2020 MLB World Series on Tuesday evening, the general consensus was that, obviously, the LA Dodgers had the better team, and that this would be a short road to their first championship since 1988.

If you match up the players, position by position, it certainly seems like that’s the way it should be.  However, the Tampa Bay Rays aren’t listening.  They edged out the Dodgers by a score of 4-3 to keep things interesting.

The Rays Come Back To Tie Series

Those first impressions were brushed aside when Blake Snell took the mound in Game 2 for the Rays.  Snell kept striking out Dodger batters right from the start of the game.  He lasted 4.2 innings, burning in 100-mile an hour fast balls, one after the other.  Snell finished with nine strikeouts and four walks, and his stellar performance seemed to take some of the air out of the Dodgers balloon.

In addition to their outdated facilities down in Florida, the Tampa Bay Rays are saddled with the third lowest budget in Major League Baseball.  Yet, they have somehow managed to put together one of the best starting rotations in the league.  The thought of facing Blake Snell, Tyler Glasnow and Charlie Morton starting for the Rays, three days in a row, is daunting to say the least.

The Dodgers, on the other hand, are still trying to piece together some kind of respectable rotation behind Clayton Kershaw, their veteran ace pitcher.  It must be perplexing to LA manager Dave Roberts because it keeps changing all the time.  For the second game of the World Series, Roberts chose to use a different strategy, actually one that the Rays sort of invented, and use an opener in Tony Gonsolin with the plan in mind to pull Gonsolin after a few batters and make it a bull pen game.

It was a strategy that Roberts has used before, but this time it didn’t work out so well, as seven different Dodger pitchers then managed to allow ten hits, which were at least two too many for the Los Angeles batters to conquer on this particular night.

The Rays Keep Their Cool

Tampa Bay, on the other hand, has a more organized bullpen and Rays manager Kevin Cash has a plan laid out before the game even begins.  As he did in Game 2, Cash usually goes with closer Nick Anderson for a few outs, he got 4 in Game 2, then turn to his highly competent relievers Pete Fairbanks, Diego Castillo or Aaron Loup to finish the game.  These guys are good; any one of them could be the closer on most any MLB team.

Game 2 saw the Dodgers hitters continue their home run spree as both Will Smith and Corey Seager homered late in the game, but it was not enough.  It could be said that LA relies too much on the home run and it sure looks like almost every one of them is trying to knock the ball out of the park, every time.

The Dodgers will start emerging ace Walker Buehler for Game 3 on Friday and likely will use sneaky fast Julio Urias to make his second postseason start on Saturday.  Young Dustin May, with the flaming red hair, got beat up pretty badly in Game 2 and showed it.  No doubt he will get a shot a redemption before this series is over.

The stage is set for Game 3 on Friday and statistics show that, with the series tied at 1-1, the winner on Game 3 goes on to win the World Series 65 out of 94 times.