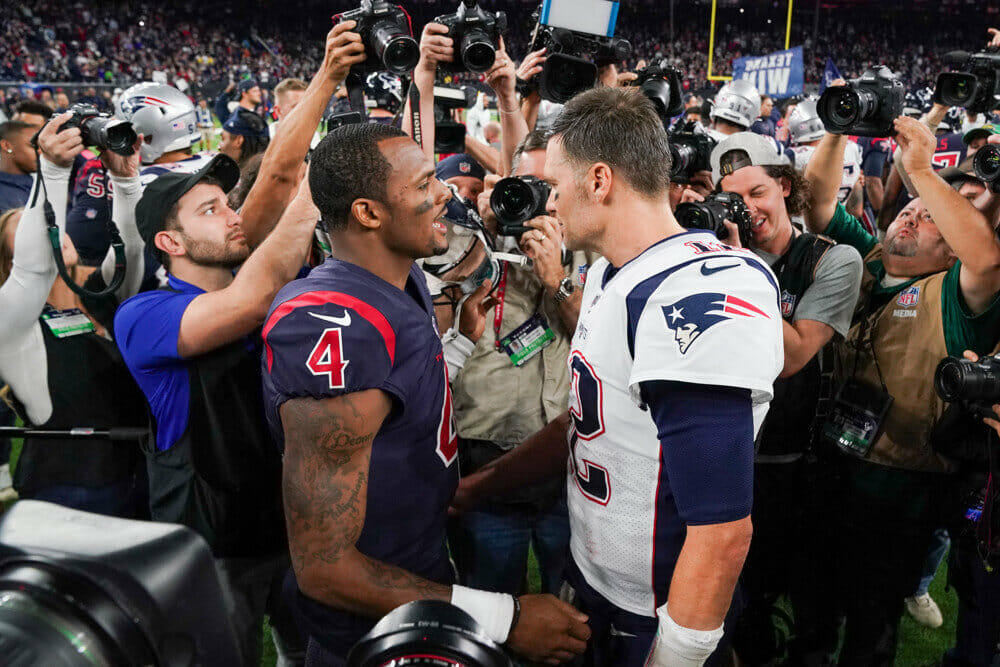 The NFL saw a lot of shakeups in week 13, especially with the NFC.  Those shakeups amounted to a big win for the books with underdogs barking loud on Sunday.

The Underdogs made a lot of noise this weekend with 8 of the 13 teams covering their spreads and a whopping seven winning outright.  This ensured that sportsbooks across the country cleaned up in yet another good week for them and the dogs.

Perhaps no underdog win was bigger than the last game of Sunday between the New England Patriots and Houston Texans.  Had the Pats covered, the books would have ended up paying back most of their Sunday winnings.  With the Texans winning, however, the betting public took yet another hit on the day.

The game would see the Texans march to victory 28-22 with a late-game effort by the Patriots to help the game over the total which closed at 47.  The final score doesn’t really tell the whole story as the Patriots played unusually poorly, especially on the offensive side of things.

Not only did the Patriots fail to win or cover, but they also dropped to the No. 2 seed in the AFC with the Ravens taking an unlikely hold on the conference. Baltimore took a huge win over the 49ers to move into the top spot and a 10-2 record on the year.  This game has a high possibility of being a preview of things to come when the Super Bowl rolls around.  The Niners did manage to cover, moving them to 7-4-1 ATS on the year but dumping them into the Wid Card game despite a 10-2 overall record.

The two games which the books were most concerned about coming into NFL week 13 were the Patriots and the Packers.  While the Pats did them a favor by dropping the ball, the Packers were the biggest win on the board for the betting public.  These games each represented the most lopsided ticket counts on parlay tickets with 13-to-5 odds which would have done a number on the books had they both come through.

Books reported twice as many bets on the Packers than any other team on Sunday to win and cover against the lowly New York Giants.  Green Bay made their backers happy with an easy 31-13 victory against the GMen, who never looked in this game at all.  In hindsight, the spread should have been much closer to double digits and the Packers proved that to move to 9-3 and keep their hold atop the NFC North division standings.

As mentioned, not only did underdogs do a great job against the spread in NFL Week 13, but they also saw a fair amount of success winning games outright. A pair of 10 point underdogs emerged victorious with the Redskins (+450) beating the Panthers 29-21 and the Dolphins (+425) taking out the Eagles 37-31.   The Bengals rounded out the trio of the worst teams in the league who won outright after beating the Jets for their first win of the year.  A balls-out parlay on these basement dwellers would have paid out at 68/1 or so depending on where you are betting.

This marks the first time this year that each of the three lowest-rated teams has all pulled off outright upsets on the same day.  The Bills +6.5 and Broncos +4.5 also won straight up as significant underdogs this week.  The Broncos 20-17 win at Mile High Stadium over the crumbling Chargers was accomplished behind rookie quarterback Drew Lock who made his long-awaited NFL debut.  Lock went 18 for 28 with 134 yards and a pair of touchdowns in the win, bringing both teams to 4-8 and sharing space at the bottom of the AFC West.

Moving on to the NFL Over Under records for week 13, we saw the two highest on the board fall short of cashing for OVER backers.  The Raiders vs Chiefs (49.5) and the Rams vs Cardinals (46.5) both failed to live up to the hype heading in as far as offense goes.  In fact, Sunday was a huge day for UNDER bettors.  There were six games that closed with totals of 46.5 and just a single one of those games managed to surpass 47 points.  That game was between the New England Patriots and the Houston Texans, which saw a total of 50 points, the third highest-scoring game of the weekend.

On the opposite end, each of the NFL games which closed with totals below 39.5 in Week 13 ended up finishing with totals over that, most quite easily.  The Bears vs Lions (37) saw third-string quarterback David Blough start how, which was enough to see a combined 44 points from these two struggling offenses.  The Redskins vs Panthers (39) was expected to be a real defensive game between two subpar offenses but turned out to a quite an offensive show with 50 total points scored.