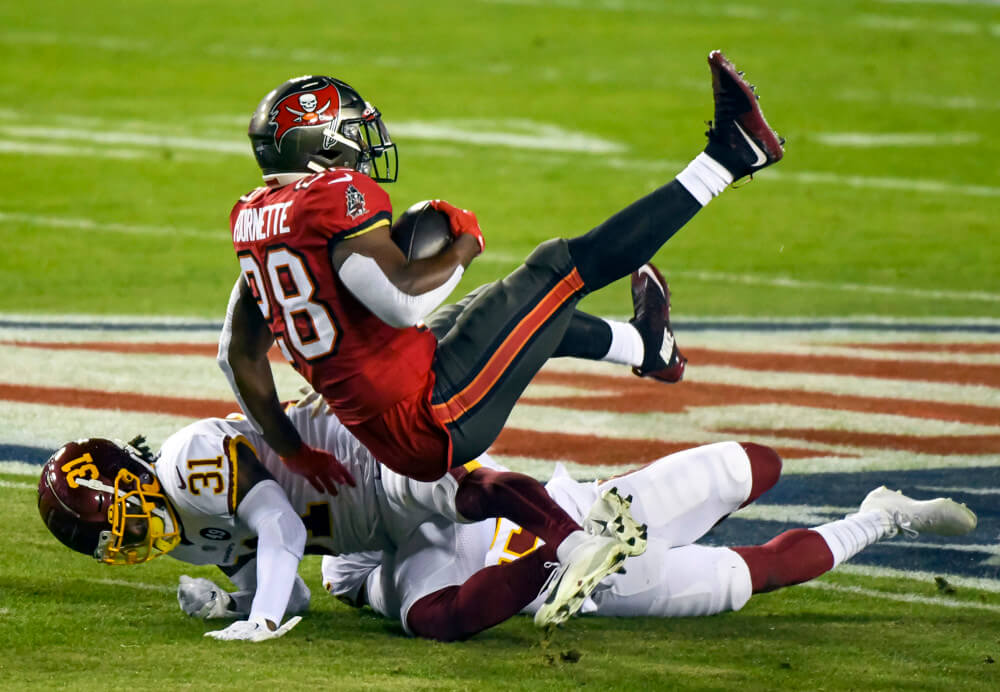 Super Wild Card Weekend Everything It Was Expected To Be

Super Wild Card Weekend Everything It Was Expected To Be

Depending on which side of the ball you were on this weekend, it was a great Super Wild Card Weekend.  Even the games that ended as most would have expected – and there were a couple that didn’t – provided a great deal of excitement.  As the NFL Playoff season moves forward, football fans can expect a lot more of the awesome battles that were seen this weekend.

The Buffalo Bills and the Indianapolis Colts got things started on Saturday in a game that was full of ups and downs.  The Colts had more than enough opportunities to score the win, but a couple of bad calls left them struggling.  The Bills were favored to win going into the game and only managed to pull off a 27-24 victory, but quarterback Josh Allen had no difficulty helping secure the win.  He went 26 for 35 and connected for a total of 324 yards, and is setting the Bills up to make a deep run in the postseason.

This was the first time since 1995 that the Bills have been able to advance to a Divisional Round game and they have to take on the Baltimore Ravens next.  That game will take place this Saturday, and it won’t be an easy one for either team.

The LA Rams took the field against the Seattle Seahawks and immediately took control.  They moved out to a 20-10 lead in a surprising start, with an overwhelming defensive strategy that held the Seahawks to just 28 yards in the first half.  When quarterback John Wolford took a smack to the head that required a hospital visit, it seemed like the Rams were going to find some difficulty, but Jared Goff stepped up and filled the spot nicely.

Goff had a couple of issues as he tried to find his footing, but he did well enough to take the Rams to an underdog, 30-20 victory.  Playing with three pins in a broken thumb showed how difficult it was for Goff to remain steady; however, he kept his composure and kept the team heading in the right direction.  Next up, the Rams will take on the Green Bay Packers, who received a Week 1 bye, on Saturday in their Divisional Round game.

WFT Can’t Hold On Against The Bucs

The Tampa Bay Buccaneers faced the Washington Football Team (WFT) on Saturday and many (some probably secretly) were rooting for Washington to pull off an upset win.  The team has had to face a lot of issues this season and fought hard to get to where it was, but couldn’t close the deal.  Tom Brady proved to be too much, with all his experience and talent, and Tampa Bay cruised to a 31-23 victory.

Brady finished the day with a passer rating of 110.7, an indication of his playing skills.  However, the Bucs also made some key mistakes in the game that almost proved costly.  The game gave them a chance to figure out how to make certain corrections, which will come in handy when they face the New Orleans Saints this coming Sunday.

The Sunday games were just as exciting.  The Tennessee Titans met the Ravens, hoping to bounce back from a year that proved to be difficult at times.  However, the Ravens weren’t going to give up any ground.  These two teams met last year in the postseason and the Titans ruled that contest – Baltimore wanted its revenge.

The Ravens found it, too, but not without overcoming some issues.  They started strong before it looked like the Titans might try to mount a comeback, but quarterback Lamar Jackson stayed focused and helped the team walk away with a 20-13 win.  Next up, against the Bills, the Ravens will need to keep that focus.

There wasn’t much doubt that the Saints were going to be able to beat the Chicago Bears, but probably no one expected things to go the way they did.  The Saints took control from the start, overpowering the Bears on offense and defense.  The Bears could never develop any rhythm and were held to just three points until late in the contest.

Some might say that the late touchdown scored by the Bears was a mercy touchdown handed to them by the Saints.  New Orleans took the 21-9 victory in stride, already preparing to face the Bucs this coming weekend.

The final game of the Super Wild Card Weekend was a showstopper, and a heart-stopper.  The Cleveland Browns, against all odds, stole the victory out of the clutches of the Pittsburgh Steelers, picking up their first playoff win since 1994.  Not only did the Browns win, but they completely rolled over the Steelers in spectacular fashion.   They marched to a 28-0 lead before the Steelers could find some offensive coordination, but it still wasn’t enough.  Cleveland advances following their 48-37 win, but they can’t expect to relax.  Their next game is against the Kansas City Chiefs, and this is not going to be pretty.