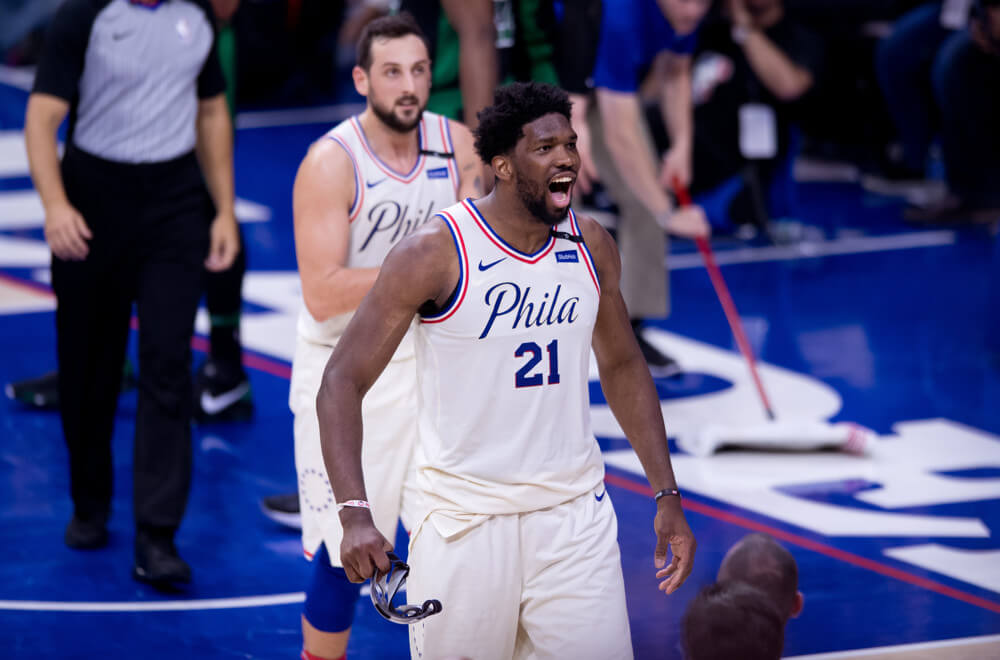 Embiid Plays Hard To Get On NBA Wednesday

Embiid Plays Hard To Get On NBA Wednesday

Yesterday was the middle of the week and, with the NBA competition getting hotter, the players are opting to come with a stronger and better performance.  Last night’s games didn’t disappoint fans, especially as two games had to go to overtime in order to determine the winners.

Orlando Stages A Coup Against The Knicks

On Wednesday night, Terrence Ross helped the Orlando Magic get a win after scoring his season-high 30 points (18 of them in the second half). They overcame the short-handed New York Knicks 107-89 as Orlando managed to outscore New York 30-14 in the last period to wipe out a three-point halftime deficit.  Ross was definitely giving it all last night, as he scored 10 of 16 shots and 5 of 6 3-pointers.

On the other hand, Julius Randle got 25 points and seven rebounds for the Knicks, but it wasn’t enough, as he was limited by Orlando to eight points in the second half anyway. RJ Barret also tried to contribute for the Knicks after getting his 20th double-double, with 16 points and 17 rebounds.   As part of what’s coming next for these teams, the Magic will host the Golden State Warriors on Friday, and the Knicks will need to wait an extra day as Saturday’s game against San Antonio was canceled.

The Utah Jazz rolled past the LA Clippers 114-96 on Wednesday night, and they now managed to get their ninth consecutive victory in this season.  Donovan Mitchel and Rudy Gobert had a lot to do with that victory as they scored 24 and 23 points, respectively. Gobert added some extra 20 rebounds, getting a double-double.  The NBA-leading Jazz have improved to 24-5 with their 20th victory in 21 games.

As part of the common history, this is the ninth time the Jazz beats the Clippers in the teams’ last 12 matchups. On this occasion, the Clippers were missing injured superstars, Paul George and Kawhi Leonard, so Lou Williams and Reggie Jackson tried to give it all by scoring 16 and 15 points, respectively. However, it wasn’t enough as they lost their four-game winning streak.  The Clippers will have the chance to redeem themselves as both teams are facing once again tomorrow at Staples Center.

Pacers Take It To OT

The unstoppable Domantas Sabonis managed to get a triple-double for the Indiana Pacers after scoring 36 points, 17 rebounds, and 10 assists, while Malcolm Brogdon got 32 points and 9 rebounds.  That allowed the Pacers to overcome the Minnesota Timberwolves 134-128 in overtime last night. Brogdon, along with Sabonis and the rest of the team, erased a 10-point deficit in the fourth quarter, leading the Pacers to play their second straight overtime game. Last time, they didn’t do that well as they came off an OT loss to Chicago on Monday.

For Minnesota, Karl-Anthony Towns got 30 points and 10 rebounds, Malik added 31 points and Ricky Rubio scored his season-high 20 points and 13 assists.  This contest’s winner is now heading to Houston for a game against the Rockets on Saturday, while the Timberwolves concludes its three-game homestand hosting Toronto on Friday.

On Wednesday night, Joel Embiid was affected by his back pain, but that was didn’t stop him from putting on a great show. He managed to score 31 points, 11 rebounds and 9 assists, helping the Philadelphia 76ers take down the Houston Rockets 118-113.  In order to contribute to the victory and snap a three-game losing streak for the Eastern Conference-leading 76ers, Seth Curry and Tobias Harris scored 25 and 24 points, respectively. Ben Simmons, who scored a career-high 42 points in the last game, couldn’t suit up due to illness.

For the short-handed Rockets, John Wall scored 28 points.  Houston played without injured starters, Victor Oladipo, Christian Wood and P.J Tucker, and they have now lost their seventh game in a row.  Coming next, the Sixers are going to host the Chicago Bulls on Friday night, while the Rockets are scheduled to host the Dallas Mavericks the same day.

Heat Give The Warriors Some Problems

The Miami Heat gave the Warriors more trouble than they had expected last night.  The first half found the Heat taking a 61-46 lead, thanks to a number of Golden State turnovers, but the Warriors recovered after the break to go on a 13-3 run and, by the time the final buzzer sounded, the teams were headed into overtime.

Steph Curry, who was limited in the first half, turned up the jets in the second period and ended the night with 25 points and 11 assists as he brought the Warriors back to life and forced the OT action.  Three of those points came at a crucial time, as he hit a triple for the go-ahead score with 1:15 left on the OT clock.  The Heat weren’t able to respond and Curry connected with Andrew Wiggins, who added three more.  When the dust settled, the Warriors walked away with a 120-112 victory.

The Heat will play the Sacramento Kings tonight, while the Warriors will get the day off.  They’ll be back tomorrow, though, taking on the Orlando Magic.  The Warriors are now, finally, three games better than .500 for the first time this season.

The Padres Have A Lot Of Faith In El Niño
2 Games Called Off, But NBA Friday Still Looks Hot
Get Free Picks & Exclusive Offers